Russia is aiming to have the first baby born in space, top scientist claims

The baby space race: Moscow scientist vows to ensure the first child born in space is Russian – but admits she is struggling to find volunteers for the project

Moscow is aiming for the first baby born in space to be Russian, a top scientist has revealed.

Dr Irina Ogneva, lab head of cell biophysics of the Institute of Medical and Biological Problems of Russian Academy of Sciences, revealed the ambition this week.

‘We have always been first in space, and would want the first human to be born in space to be a citizen of Russia,’ she said.

Dr Irina Ogneva, who works at the Russian Academy of Sciences, says that Moscow is aiming to have the first baby born in space

But she admitted that so far Russian cosmonauts have refused to donate sperm obtained in space for scientific study.

Dr Ogneva did not make clear whether she expects the first space baby to be conceived as well as born in orbit.

On a baby being born in orbit, she said: ‘We should take care about the person and not patriotic populism as the cornerstone.

‘And in this sense we are, beyond any doubt, competitive, because we hold the leadership in many studies.’

The leading scientist said: ‘It is too early to set a goal but it can be set as an aim.’

And she admitted: ‘From a scientific point of view, the birth of any mammal in space is an aim that can be achieved. 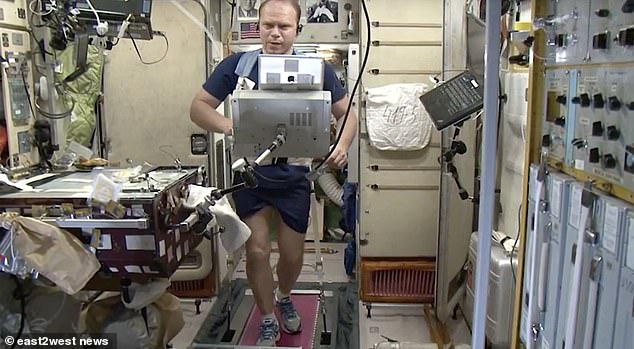 Dr Ogneva said she is struggling to find sperm donors for the project among male astronauts (file image). She did not specify whether the baby would also be conceived in space

‘From a moral and ethical standpoint this is an experiment, and experiment with human embryos.’

On the lack of sperm samples from space, Dr Ogneva admitted Russian spacemen on the International Space Station have refused to cooperate.

‘We cannot run such a routine procedure as cosmonauts giving sperm,’ she said.

‘We are constantly running into moral, psychological and ethical obstacles. There are no volunteers among cosmonauts.’

Requests to give samples are ‘met with smiles and disapproval’, she said.

Another senior researcher Lyubov Serova from the same institute – which is closely involved in space work – said: ‘Development of a mammal foetus during a space flight is possible.

‘So it is possible to carry and give birth to a healthy child on a space flight. From medical standpoint, it is not a very big problem.’

Some experts however have warned about high radiation that a foetus would face during a nine-month flight.

There are no known cases of sex in the weightless conditions of space so far. 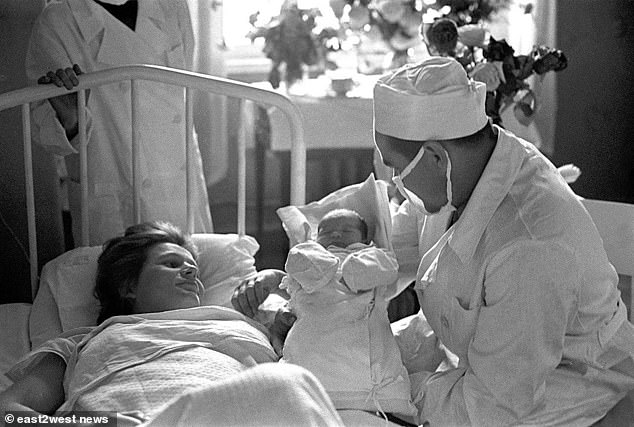 Russia has already claimed the first ‘space baby’ – named Elena – after she was born to cosmonauts Andriyan Nikolayev and Valentina Tereshkova, the first woman in space

But the Soviet authorities in the 1960s marked the birth of a girl who was then dubbed the ‘first space baby’.

Her parents were two cosmonauts Andriyan Nikolayev and Valentina Tereshkova, the first woman in space.

Their baby Elena was born around one year after Tereshkova’s solo space flight on Vostok 6. There was a blaze of publicity after her birth on June 8, 1964.

Later her image was supposedly used on a Soviet chocolate bar called Alyonka, which is still produced.

Despite rumours to the country, Elena grew up healthy and later went on to work for Aeroflot.

One comment on the institute’s site read: ‘So when are we having space sex experiments? The whole world is waiting. How will it go?

‘Yes, it is a delicate topic. But we can’t avoid it. Let Russia be the pioneer in it.’