Russia used Facebook events to organize anti-immigration rallies in the US, it has been reported.

This included one rally called ‘Citizens before refugees’ planned for Twin Falls, a city in Idaho, that far-right news websites had claimed was suffering from a huge influx of immigrants.

According to the Daily Beast, the event was ‘hosted’ by ‘SecuredBorders,’ a Russian-run group with more than 133,000 ‘followers’.

That was recently shut down by the social media giant for pretending to be a ‘U.S. anti-immigration community.’

The three hour protest event was organized for August 27.

It said: ‘We must stop taking in Muslim refugees! We demand open and thorough investigation of all the cases regarding Muslim refugees! All government officials, who are covering up for these criminals, should be fired!’

Clint Watts, a former FBI agent and specialist on Russia’s attempts to influence the 2016 U.S. election, told the Daily Beast: ‘The objective of [Russia’s] influence is to create behavior change. The simplest behavior is to have someone disseminate propaganda that Russia created and seeded. The second part of behavior influence is when you can get people to physically do something.’ 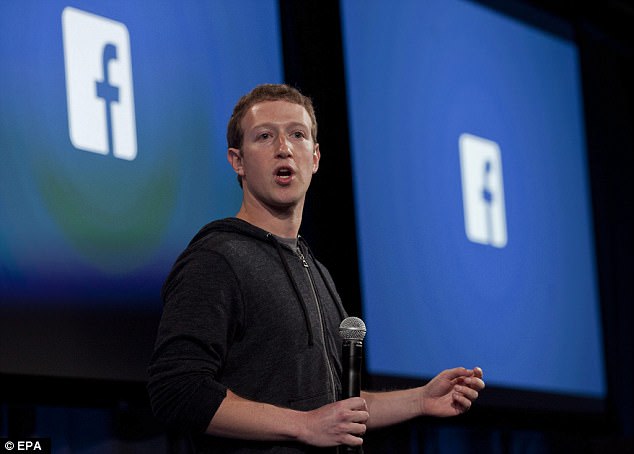 A Facebook spokesman confirmed that the social-media giant ‘shut down several promoted events as part of the takedown we described last week.’

The company declined to elaborate, except to confirm the events were promoted with paid adverts.

The social network admitted it sold £77,000 of adverts to around 470 ‘inauthentic’ accounts, roughly equivalent to 3,000 adverts.

Few openly discussed Mr Trump or other candidates – but most focused on divisive issues such as immigration which could have helped put Mr Trump in the White House.

‘The ads and accounts appeared to focus on amplifying divisive social and political messages across the ideological spectrum,’ Facebook said in a blog post.

The adverts ran between June 2015 and May this year. The social media network shut down the 470 Russian accounts as soon as it found out they were fake.

It also found a second set of accounts, whose users appeared to be based in the US, but had their language set to Russian. These accounts spent around £38,200 on another 2,200 adverts which were ‘potentially political,’ Facebook said.

Facebook’s admission has heaped fresh pressure on President Trump, who is facing huge political scrutiny – including an FBI investigation – over alleged collusion between Russia and his campaign team.

The website’s founder, Mark Zuckerberg, has been critical of the President, and the blog post is seen as a deliberate blow against Mr Trump.