Russian accused of killing wife and daughter before hanging himself in Spain was MURDERED, son says

The Russian oligarch accused of butchering his wife and teenage daughter before committing suicide was murdered, his son claimed today.

Multi-millionaire former gas executive Sergey Protosenya was found hanged in the garden of his luxury Spanish holiday home and the bodies of his wife Natalya and his 18-year-old daughter Maria were discovered hacked to death with an axe inside.

Spanish authorities have suggested that Mr Protosenya, 55, executed the pair before killing himself in an uncharacteristic fit of rage while the family enjoyed an Easter break on the Costa Brava last week.

But his son Fedor has claimed his father, who had been deputy chairman of major Russian gas firm Novotek, ‘could never harm’ his wife and daughter and suggested all three members of his family were murdered.

‘My father is not a killer,’ Fedor Protosenya told MailOnline.

Sergey Protosenya’s son Fedor (pictured in Llarete del Mar, Spain) has claimed his father, who had been deputy chairman of major Russian gas firm Novotek, ‘could never harm’ his wife and daughter and suggested all three members of his family were murdered 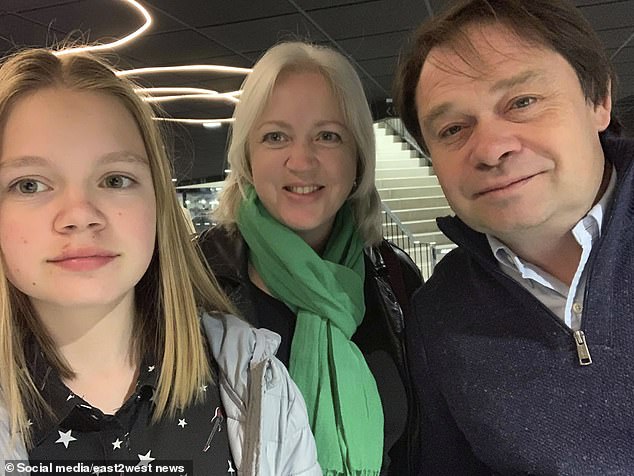 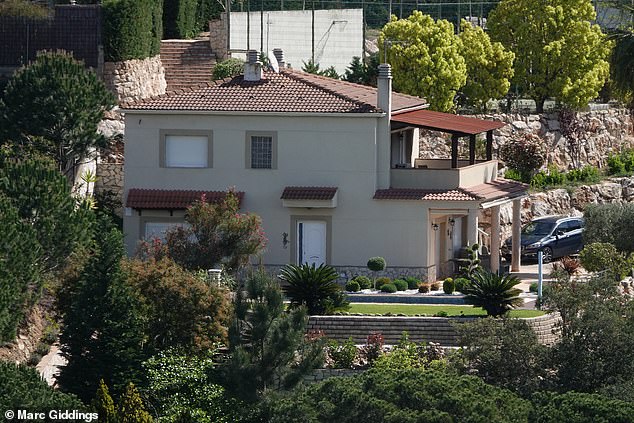 The Spanish holiday home of Sergey and Natalya Protosenya in Lloret de Mar, Costa Brava, Spain, is seen shuttered up after the family were found dead inside

Mr Protosenya did not leave a suicide note and no fingerprints were found on the weapons – an axe and a knife – used to kill. There were no bloodstains on his body.

Spanish police have refused to release the findings of post mortem examinations of the three bodies that were carried out over the weekend, citing ‘police investigation secrecy’.

Fedor, a 22-year-old university student, was not at the villa because he spent Easter at the family home in Bordeaux, France.

He defended his father, saying: ‘He loved my mother and especially Maria my sister. She was his princess. He could never do anything to harm them. I don’t know what happened that night but I know that my dad did not hurt them.’

Fedor said the police had told him not to discuss the case. He raised the alarm when he was unable to contact any of his family by phone on Tuesday last week. 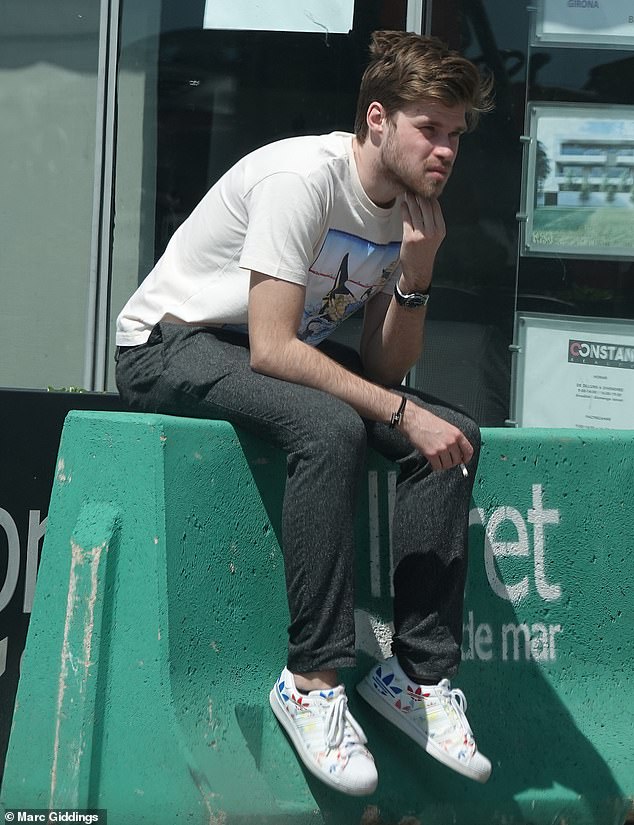 Fedor, a 22-year-old university student, was not at the villa because he spent Easter at the family home in Bordeaux, France. Fedor is pictured in Lloret de Mar 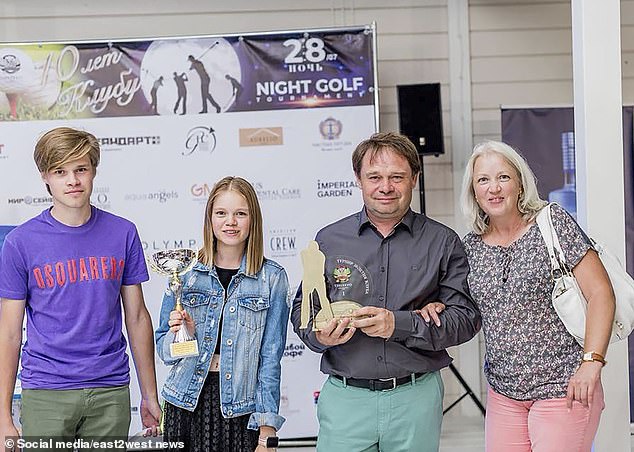 Protosenya and his wife Natalia, 53, had two children together, the 18-year-old victim and Fedor who was in France at the time of the alleged killing spree 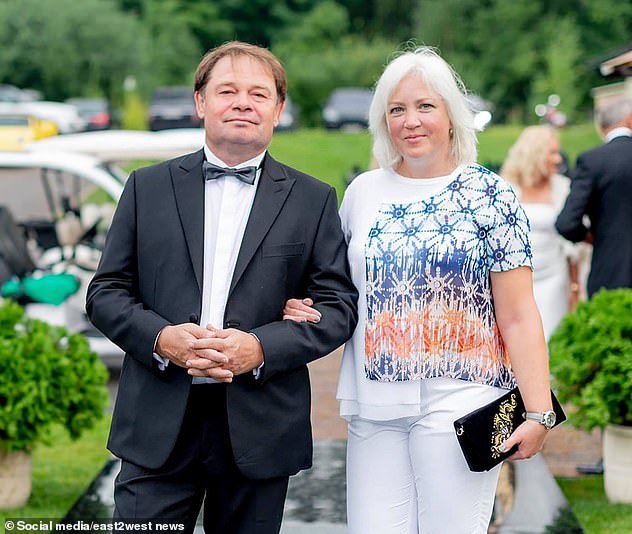 Pictured: Russian gas tycoon Sergey Protosenya, his wife Natalya, 53. The pair were found dead in Spain, along with their 18-year-old daughter

Catalan Police went to villa and found Mr Protosenya hanged in the courtyard and the mutilated bodies of his wife Natalia, 53, and Maria inside.

Regional police chief, Commissioner Josep Milan stated that evidence suggested the deaths were the result of a double murder and suicide with Protosenya as the killer.

He said: ‘The investigators are focusing on a person who has committed suicide and two people who were killed at home, this is what we are looking at.’

The violent deaths have sent shock-waves through the tight-knit Russian community in the resort of Lloret de Mar, on Spain’s Costa Brava, where Mr Protosenya had bought a family holiday home some ten years ago.

Businessman Anatoly Timoshenko, a close friend of the Russian oligarch told MailOnline: ‘Sergey did not do it. Sergey did not kill his family. It is impossible. I do not want to discuss what may have happened at the house that night but I know that Sergey is not a killer.’

The oligarch’s death is the fourth such mysterious passing of Russian gas firm executives and their families linked to Russian President Vladimir Putin’s inner circle.

Just days earlier the body of Vladislav Avayev was found in his elite Moscow penthouse alongside his wife Yelena and 13-year-old daughter Maria in another apparent murder-suicide.

Mr Avayev, 51, was previously president of Gazprombank, a bank created to work for Russian gas giant Gazprom, and had also been a Kremlin official. 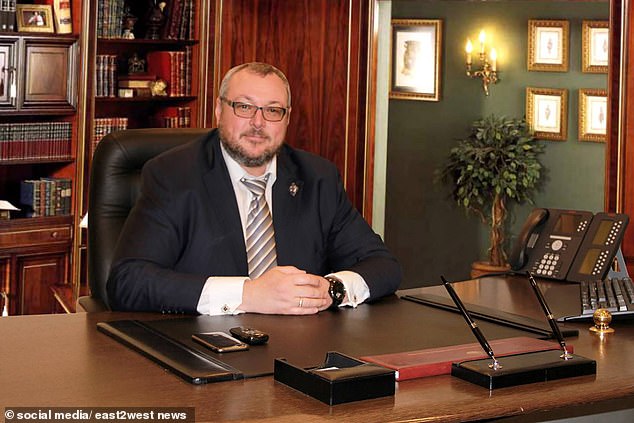 Vladislav Avayev (pictured), 51, was found in his elite Moscow penthouse alongside his wife Yelena, 47, and daughter, Maria, 13 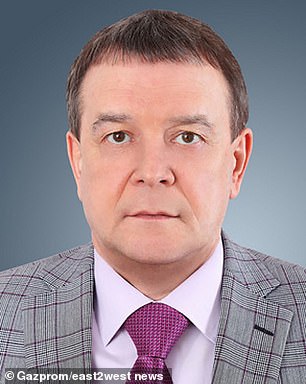 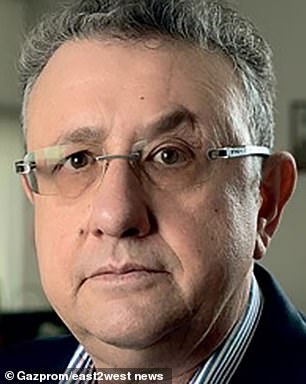 In February the battered and butchered bodies of senior Gazprom executives Alexander Tyulakov and Leonid Shulman were found in their luxury apartments in an elite housing development near St Petersburg.

The Russian natural gas giant Novatek where Protosenya had been deputy chairman before retiring with a £300 million fortune also cast doubt that he could have been responsible for the brutal killings.

In a statement Novatek said: ‘Sergey Protosenya established himself as an outstanding person and a wonderful family man, a strong professional who made a considerable contribution to the formation and development of the company.

‘Unfortunately, speculations have emerged in the media about this topic, but we are convinced that these speculations bear no relation to reality.’