Plans for the construction of a new Russian embassy close to Parliament House have been scuttled with speculation a spy scandal may have been averted.

The National Capital Authority, the federal government body responsible for planning in parts of Canberra, terminated Russia’s lease on the site due to a lack of construction activity over the 14 year project.

Russia had been seeking to build a new embassy in the Canberra suburb of Yarralumla, where the bulk of diplomatic missions are located, to replace their existing site in the nearby suburb of Griffith.

The embassy had sought since 2020 to bring in its own Russian contractors, claiming they needed to check the work of Australian builders.

But the Department of Home Affairs denied entry to the contractors, suspecting they could be members of Russia’s Federal Security Service involved in a security operation in Canberra. 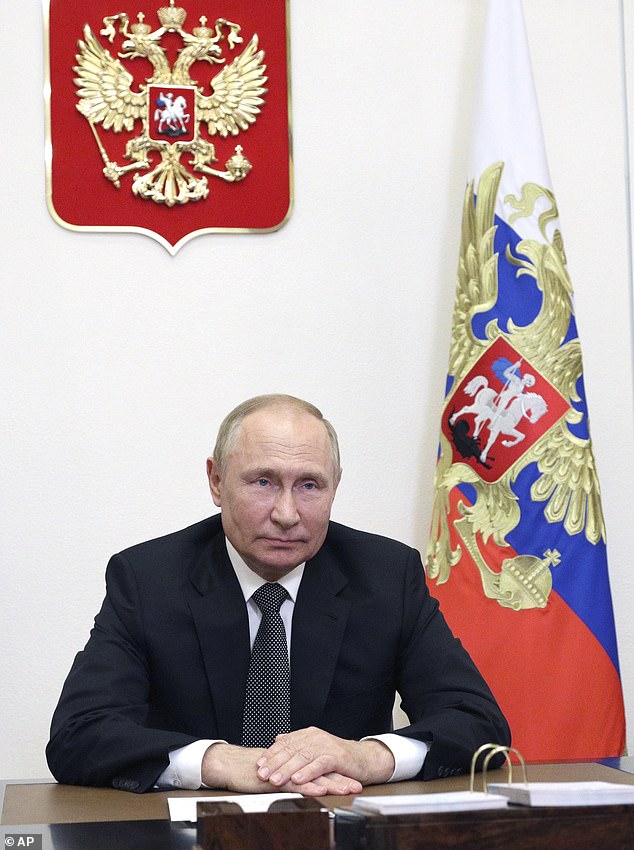 Russia has sought since 2020 to bring in its own Russian contractors, claiming they needed to check the work of Australian builders on the new embassy. Australia denied the request. Pictured: Russian President Vladimir Putin

‘You can infer that they would include Russian security services members who would ensure the security of the building,’ a source told The Australian.

It is understood it was seen as preferable to deny the new Russian embassy for contractual reasons rather than security ones.

The Australian ruling comes after government sanctions on more than 500 Russian individuals and organisations due to Vladimir Putin’s invasion of Ukraine.

The new Russian embassy was located close to Parliament House and also nearby the US, British, Canadian and South African embassies.

The National Capital Authority, which scrapped Russia’s lease at Yarralumla, said the decision did not affect the existing embassy in the Canberra suburb of Griffith

The NCA’s chief executive Sally Barnes said it had been many years since construction activity at the new site, where large parts remain unfinished.

‘The block is a premium site in central Canberra, close to Lake Burley Griffin and the Australian Parliament House,’ she said in a statement.

‘Ongoing unfinished works detract from the overall aesthetic, importance and dignity of the area reserved for diplomatic missions and foreign representation in the national capital.’

Russia had been granted the lease for the site in 2008, and given approval for the construction in 2011.

As part of the lease, Russia had agreed to finish the new embassy within three years.

‘While initial works have commenced, the block in question has been sitting as a building site with unfinished construction for many years now,’ Ms Barnes said. 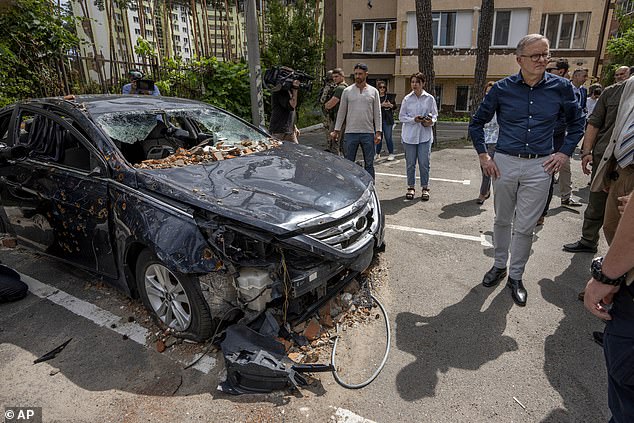 ‘With limited blocks available for diplomatic purposes, unless a country can demonstrate a willingness and ability to develop the site, the NCA supports a policy of use it or lose it.’

The authority said the decision to terminate the lease of the Yarralumla site did not affect the existing embassy.

Russia would be able to submit a new application for the site, but has been given 20 days to clear the Yarralumla site.

It will be returned into the pool of land available for diplomatic use.