Russian girl, 15, is killed and ‘cut into pieces’ by a freight train

Girl, 15, is killed and ‘cut into pieces’ as she takes a selfie in front of oncoming freight train in Russia

A Russian teenager was killed on a railway line as she tried to take a selfie in front of an oncoming freight train.

Karina Baymukhambetova, 15, was ‘cut into pieces’ when the locomotive slammed into her in Orsk, Russia.

An unnamed boy who was with her, believed to be a relative, managed to jump free from the track just in time.

The train driver had applied his emergency brake when he saw the people on the line but the engine could not stop in time. 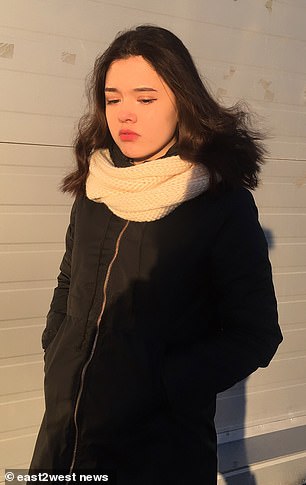 Karina Baymukhambetova (pictured left and right), 15, was killed on a railway line as she tried to take a selfie in front of an oncoming freight train 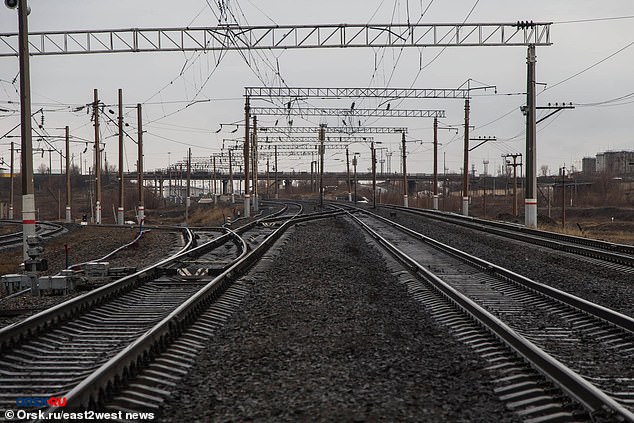 Nikiel railway station in Russia close to where the accident took place. The driver applied the emergency brake but the locomotive could not stop in time

Reports in Russia said the boy had warned Karina of the danger but she had replied: ‘Be afraid of nothing in life’.

‘The train driver spotted people on the railway line and sounded his horn,’ said a local media report.

‘He applied the train’s emergency brakes but failed to stop the train in time to avoid a tragedy.

‘The boy managed to jump away. But the girl was not so lucky and was hit by the train which cut her body into pieces.’

Her death in Orsk, a city at the southern tip of the Ural Mountains, provoked an outpouring of grief on social media. 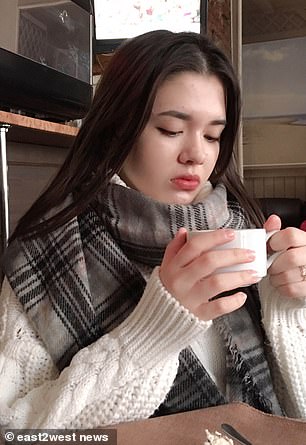 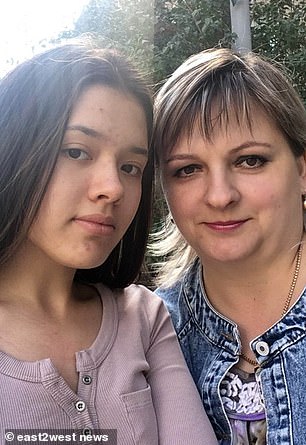 Karina Baymukhambetova, pictured left, and right with her mother Natalia, was described as a ‘little angel’ by devastated friends 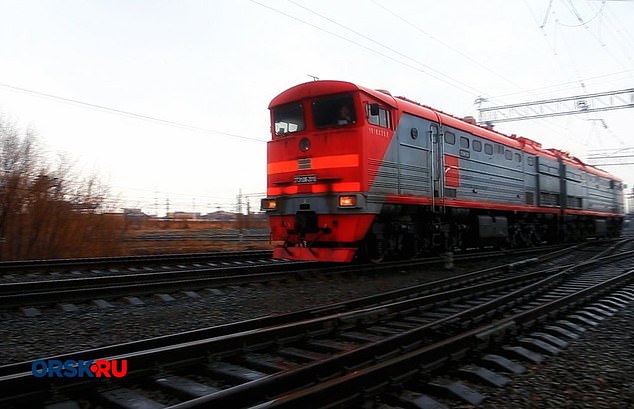 A train near the scene of the railway accident in Russia which has prompted child safety warnings, with parents urged to remind their children of the dangers

Family friend Lena Dzyuba wrote: ‘Such grief. How her mother cried, my heart almost broke into pieces, so awful.’

A decision is to be made soon on opening a criminal case into Karina’s death.

The horrific accident has led to a warning to young people in Russia on the need for selfie safety.

Denis Khnykin, transport police senior youth liaison inspector, told parents: ‘I ask you to pay your attention once again and to warn your relatives.

‘Please remind them of the fact that railways are dangerous both for your health and life.’ 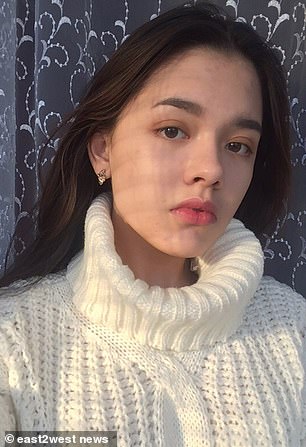 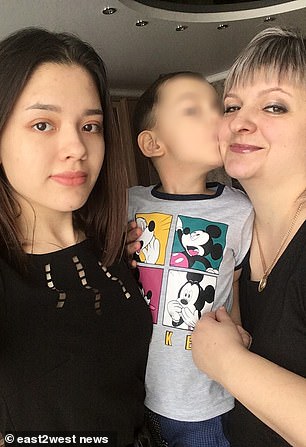 Karina Baymukhambetova is pictured left, and right with her mother Natalia and her younger brother 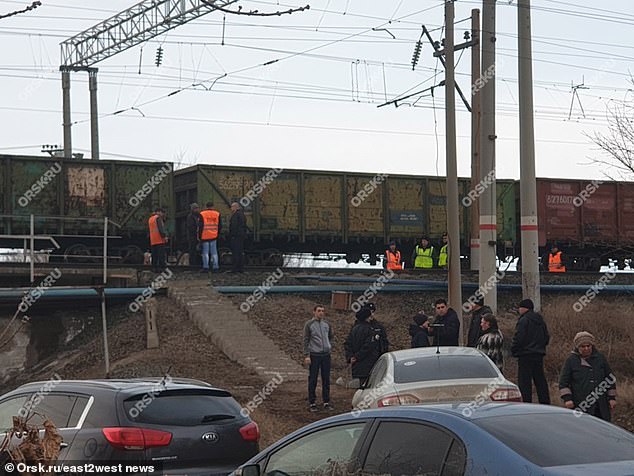 Children and teenagers are ignoring warning signs on railway tracks, he said.

Elena Zaporozhskaya, Orsk social policy chief, said: ‘Children need to be able to say ‘no’ when something is risky for their life and health. It is a hard thing to learn but necessary.

‘Secondly, I want parents to know where their children are and with whom they are spending time.

‘People must protect the lives and health of their children.’