A Russian judge has been forced to resign over a topless picture of her, months after showing leniency towards two anti-Putin teenagers in a court case.

Irina Devayeva has stood down after her mobile phone was seemingly hacked and the naked image stolen from it.

The official line is that she left the court ‘at her own request’ but there are concerns she may have been targeted by the Kremlin over the earlier case.

By releasing the two teenagers from custody last year – after they were accused of plotting to overthrow Vladimir Putin’s government – she may have been seen as rebelling against the Kremlin’s line, it is feared.

Russian judge Irina Devayeva (pictured) has been forced to resign over a topless picture of her, months after a controversy about her leniency towards two teenagers

According to Znak, the topless photo was taken well before Devayeva beame a judge in Moscow’s Dorogomilovsky court.

She had never shared it from her phone or published it on social media, it is reported. 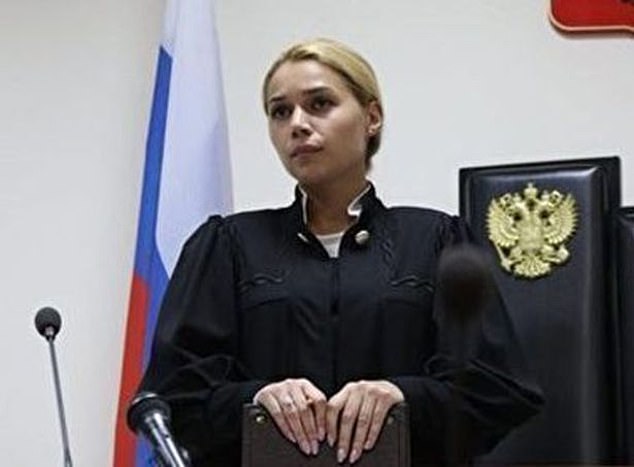 They and eight other suspects had been arrested in March 2018.

Defence lawyers asserted that undercover police agents had written the group’s radical programme and encouraged its members to have shooting practice.

They spent five months in a preliminary detention where their health declined, according to their lawyer and relatives.

But in August last year they were moved from custody to house arrest after a ruling by Devayeva. 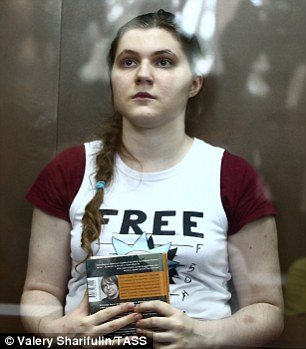 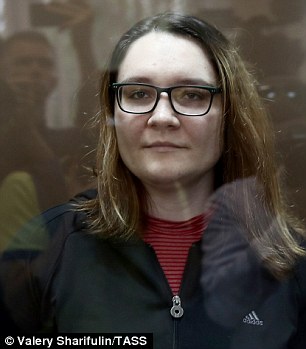 The judge was at the centre of a row over 18-year-old Anna Pavlikova (left) and 19-year-old Maria Dubovik (right), who were released from custody last year

Hundreds of women had carried soft toys across Moscow during an unauthorszed ‘Mothers’ March’ in a bid to have them freed.

In one example, Russia officially banned the Jehovah’s Witnesses in 2017 and declared them an extremist organisation.

Amnesty International said the extremism laws had been ‘further extended and used arbitrarily against protected speech’ in its latest report on Russia.