Photographs released on Friday show the cuddly toy taped to a mortar shell hidden under a table with a tripwire.

Libyan officials said the booby trap was found in a civilian home in Tripoli after a Russian-backed Libyan commander retreated from the capital.

Libyan General Khalifa Haftar has been fighting alongside thousands of mercenaries sent to help him topple the UN-backed government.

Libyan officials said a teddy bear taped to a mortar shell was found hidden under a table, with a tripwire, in a civilian home in Tripoli (pictured) 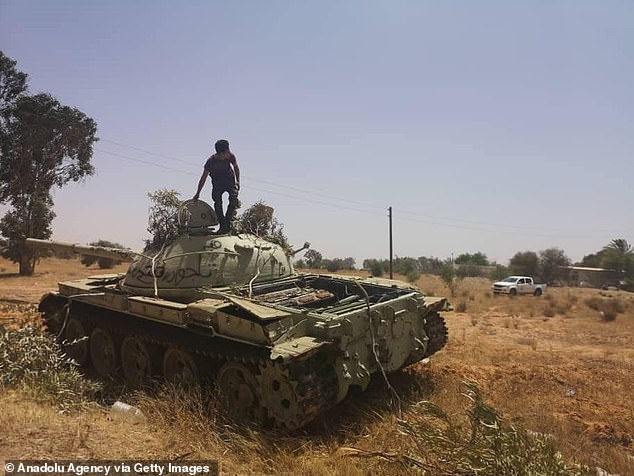 Khalifa Haftar had been fighting with thousands of mercenaries sent to help him topple the UN-backed government. Pictured, Libyan army captures ammunition from the warlord’s militias in Tarhuna on June 5

Yesterday forces loyal to the Government of National Accord (GNA) captured Haftar’s last major stronghold near the capital.

The defeat capped a sudden collapse of his 14-month offensive on the capital.

A spokesman for the the government-led counteroffensive, the Burkan Al-Ghadab (Volcano of Rage) operation, said of the booby trap: ‘Our heroic forces inside one of the homes of civilians in the liberated capital areas found a child doll planted with explosive devices left by Haftar’s terrorist militias before their escape.’

The bear was later seen being paraded by joyous residents in the main square in Tripoli. 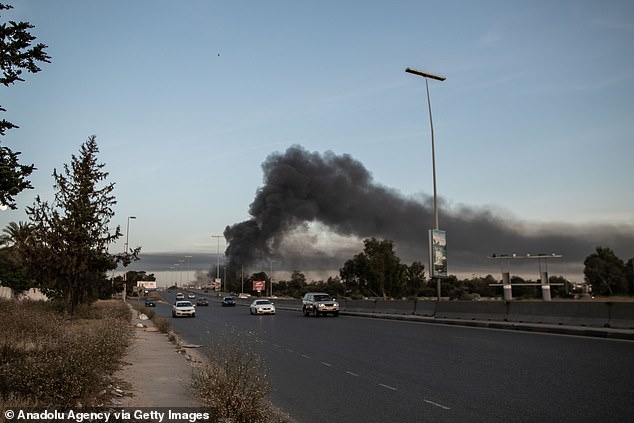 This comes after Russian-backed Libyan commander Khalifa Haftar retreated from the capital. Pictured, a damage site after an attack carried out by militias loyal to Haftar on May 6 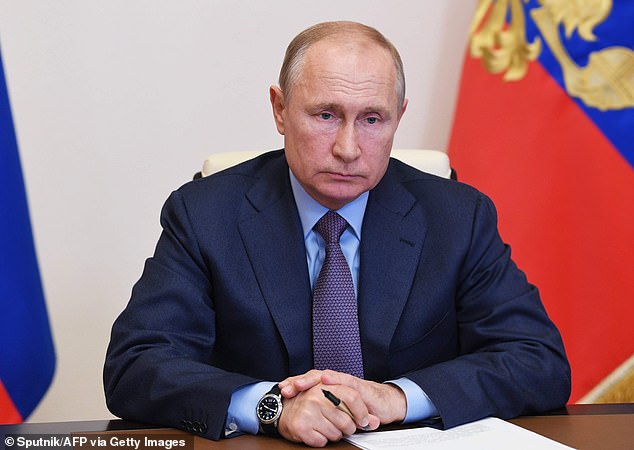 Mohammed Ali Abdallah, a senior adviser to the GNA, warned that Vladimir Putin was trying to create chaos in the North African country by backing the renegade General.

He said if Haftar triumphed, Moscow would have a military base ‘a stone’s throw away’ from European shores on the Mediterranean.

The US military has accused Russia of secretly deploying at least 14 fighter jets to Libya to support the mercenaries.

Mr Abdallah warned that Haftar posed a bigger threat to Britain than Colonel Muammar Gaddafi who was toppled in 2011 in a move that plunged the country into civil war.

He said: ‘Khalifa Haftar is Gaddafi 2.0, Gaddafi on steroids.’

He said he believed there were now as many as 3,000 Russian mercenaries from the elite Wagner Group operating in the country.