A mother held a knife to the throat of her three-year-old daughter while having an argument with her boyfriend.

The unnamed woman walked near her apartment block with her two little daughters and her partner in the town of Klin in western Russia’s Moscow Oblast region.

Witnesses said that the woman appeared to be drunk and started quarrelling with her boyfriend.

As the argument escalated, she grabbed a knife and put it to her three-year-old daughter’s throat.

Holding the child at knifepoint, the woman demanded that her partner ‘defend the girl’ from her, their neighbours said. 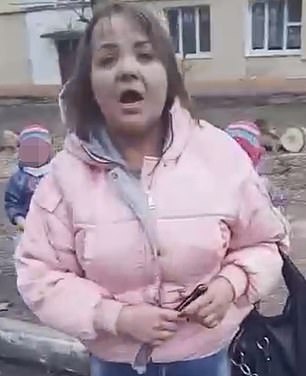 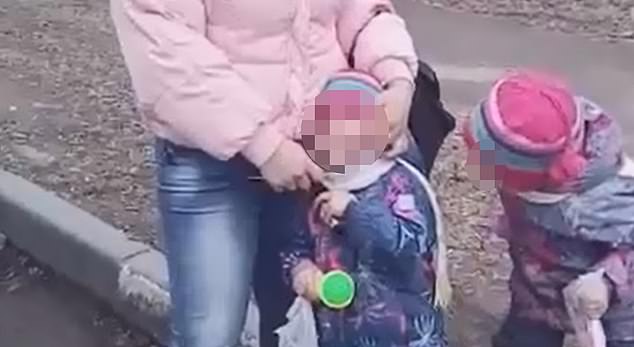 The woman’s boyfriend filmed her holding the weapon to her child’s throat during the confrontation in the town of Klin, Russia

The man started filming what was happening on his smartphone.

He later posted the footage on social media showing his partner holding her younger daughter at knifepoint.

The shocked man can be heard saying: ‘She [the mother] is threatening the child with a knife’.

And the woman shouted to the camera: ‘Why are you running away? You should defend the child and not run away.’

Next footage showed the furious woman turning to a random car and hitting it hard with her right hand while still holding the knife.

The little girls, who are apparently scared by their mother’s behaviour, were clearly on the verge of bursting into tears.

Resident Marina, who witnessed the incident said: ‘She [the mother] pulled out a knife from her handbag and took her own daughter at knifepoint.

‘The man started filming her on his smartphone. It was obvious that he feared to approach her.’ 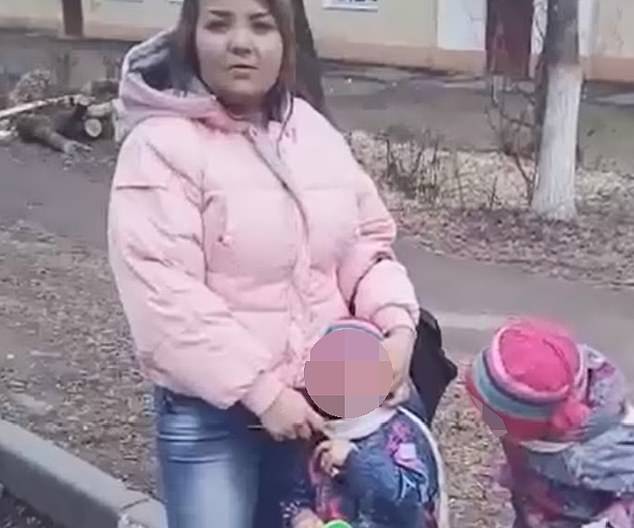 In footage posted on social media, the woman stared at the camera as she held a blade to the youngster’s throat 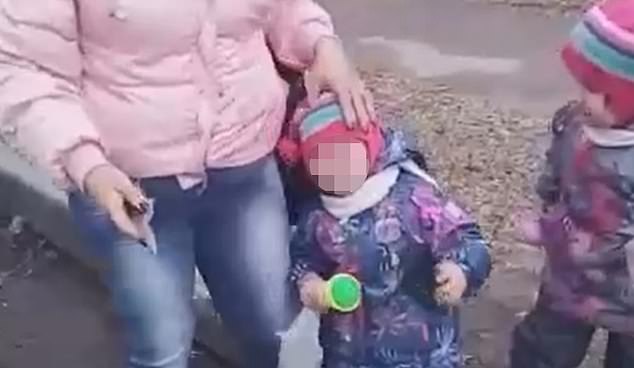 Neighbour Ekaterina said: ‘The mother finally put the knife in her handbag and rushed to her boyfriend striking him with fists.’

Olga who knows the family said: ‘She [the mother] is drinking a lot and her behaviour is aggressive.’

Police already found the woman and were interrogating her on Thursday. She could be held responsible for her actions.

Reports say that the boyfriend who witnessed the incident is an illegal labour migrant from Tajikistan.

He reportedly escaped moments before the police raided his partner’s flat. It is not known so far if he is the father of the children.