This video showing a snarling man in a Donald Trump mask being walked with a dog lead has been banned from YouTube.

Oligarch Aleksandr Donskoy parades the Trump-style ‘dog’ around St Petersburg, Russia, in the footage which was published in local media.

The tattooed, collared man is stripped to the waist and wearing a rubber Trump mask as he snarls at passersby with Mr Donskoy urging him: “Bite! Bite!”

As shoppers start to laugh, the oligarch leads the topless Trump ‘dog’ to his car, where he barks at people through the window.

Mr Donskoy – who dubbed his stunt ‘Trump, Heel!’ – said it was supposed to highlight the US president’s broken promises.

‘The politician, who has given people great hope – not only in my country, but also the majority of Russians, Americans and residents of many other countries – was not able to keep his promises and follow his principles,’ he said.

The footage was removed from YouTube with a message saying: ‘This video has been removed for violating YouTube’s policy on harassment and bullying.’ 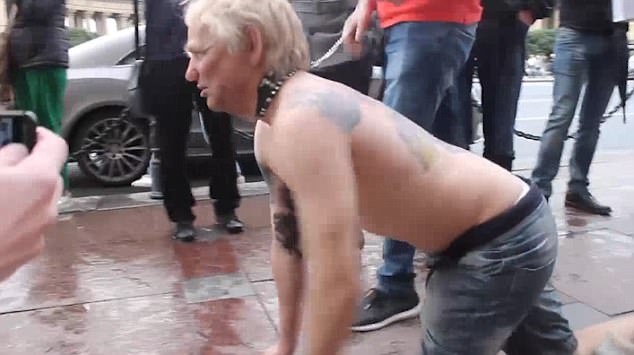 Mr Donskoy – once the mayor of the northern Russian city Arkhangelsk – is known in Russia for his weird video stunts.

He once walked through Moscow city centre wearing apparently soiled clothes claiming he was inspiring his subscribers to fear nothing. 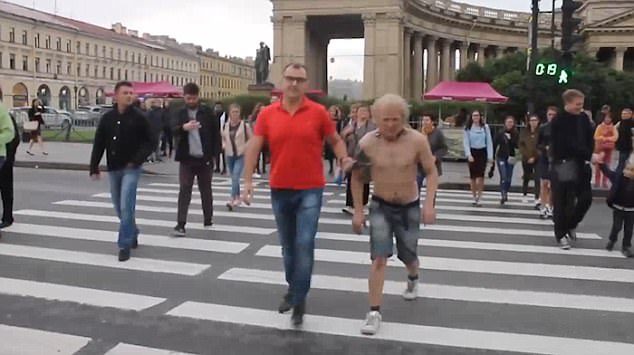 The retail tycoon then led the topless man to his car as part of the ‘Trump, Heel!’ stunt

The 46-year-old also once drove his Ferrari around a shopping centre, staging a doughnut and skidding show in front of startled security guards.

The retail tycoon was the first Russian politician to declare he would run in the 2008 presidential election, when Putin stood down for his close ally Prime Minister Dmitry Medvedev. 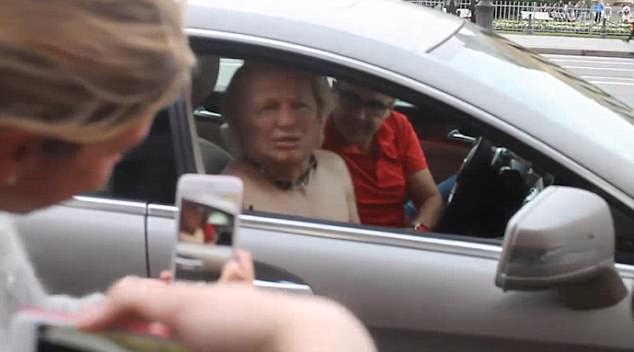 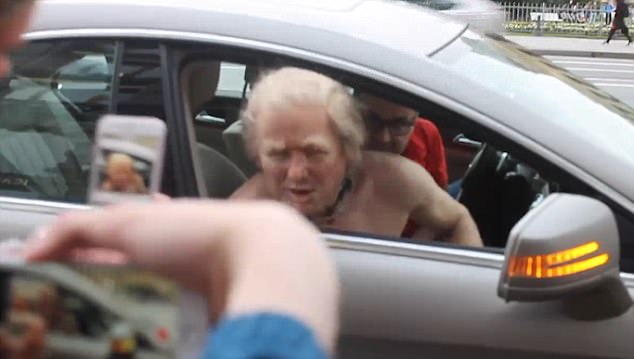 After Mr Donskoy’s announcement, a criminal case was raised against him preventing him from standing for election.