Russian prime minister Dmitry Medvedev has today resigned along with his government as president Vladimir Putin tightens his grip on power.

The shock announcement came just hours after Putin unveiled a package of reforms which could help him stay in power after his term ends in 2024.

Putin wants to shift power from the presidency to the PM – which would weaken his successor and allow him to pull the strings as prime minister with no term limits.

Medvedev said the proposals would make significant changes to the country’s balance of power and so ‘the government in its current form has resigned.’

The outgoing PM is expected to stay on as part of Putin’s security council. 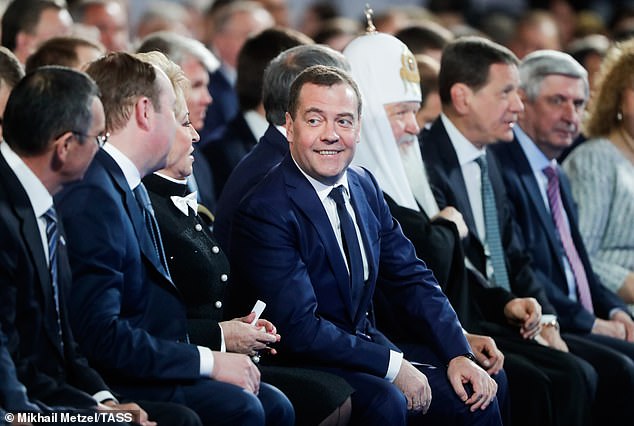 Possible candidates for the PM’s job include Sergei Sobyanin, the mayor of Moscow, Dmitry Oreshkin, the economy minister, or Alexander Novak, the energy minister.

Putin, who has been governing in tandem with Medvedev since 2008, thanked his former protege but said the cabinet had ‘failed to fulfill all the objectives set for it’.

‘I want to thank you for everything that has been done, to express satisfaction with the results that have been achieved,’ Putin said.

Putin has asked for the outgoing government to remain at work until a new government was appointed.

Medvedev said the government was resigning to ‘provide the president of our country with the possibility to take all the necessary measures’. 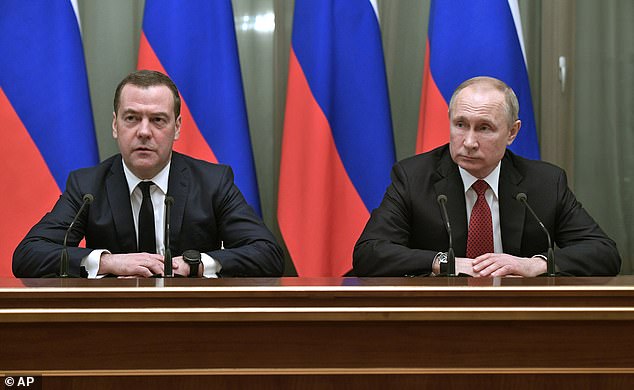 Putin has been governing in tandem with Medvedev (pictured together) since 2008, when Medvedev became head of state while Putin served four years as PM 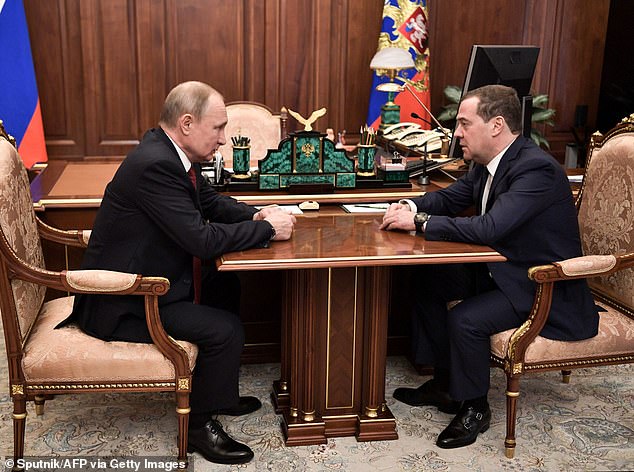 Outgoing PM Medvedev is expected to stay on as part of Putin’s security council, Russian media says (the pair are pictured speaking in Moscow today)

The 67-year-old Putin is due to step down as president in 2024 and the Russian constitution prevents him from running for a third consecutive term.

The Russian political world is already abuzz with speculation about how Putin might stay in power, although he himself has said almost nothing on the subject.

At his annual address to lawmakers today, he announced plans for package of reforms which could allow him to carve out a new role as a powerful PM.

Under the reforms, Putin’s successor as president would not be able to reject parliament’s candidates for prime minister.

The changes would also give parliament the power to choose senior cabinet members, further weakening a future president’s power.

‘Of course these are very serious changes to the political system,’ Putin said in a speech today as he promised a referendum on the plans.

Putin has been in power as either president or prime minister since 1999, longer than any other Russian or Soviet leader since Josef Stalin.

A former KGB officer, first took power as acting president when Boris Yeltsin unexpectedly resigned on the last day of the millennium. 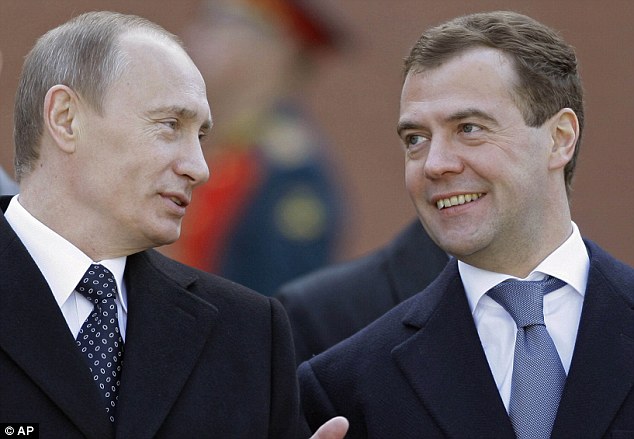 After his first two terms as president ended in 2008, Putin circumvented the term limit by shifting into the prime minister’s seat while Medvedev served as president.

Putin was widely seen as pulling the strings under Medvedev, although they clashed over intervention in Libya in 2011.

In 2012 Putin returned to the top job and appointed the loyal Medvedev as prime minister.

Re-elected to a six-year term in 2018, Putin has seen his approval ratings fall to some of their lowest levels, though still far above those of most Western leaders.

Recent polls put Putin’s rating at 68-70 per cent, up a few points from a year ago but down from a high of more than 80 per cent at the time of his last election.

Another option which has been the subject of speculation would be to merge Russia with Belarus – a process which Moscow has been edging towards – and allow Putin to become head of a new unified state.

When asked recently if he was considering it, Putin dodged the question.

The outspoken Belarussian leader has been more blunt, saying last year that unification ‘was not on the agenda.’