Russian prosecutors are seeking 18 years’ jail time for the ex-US marine accused of being a spy after he allegedly stole state secrets to send to American intelligence.

The trial of Paul Whelan, 50, came to a close Monday, with both sides making their closing arguments and prosecutors calling on the court to sentence him to 18 years in a strict Russian prison colony, just short of the maximum 20-year sentence for espionage.

Whelan was accused of being a US spy after Russian agents reportedly caught him with a memory drive of state secrets.

The former US marine has maintained his innocence, saying he was tricked by an FSB agent friend who gave him the memory drive telling him it contained vacation photos.

He has been held since December 2018 in the notorious Lefortovo prison in Moscow – known for housing suspected spies and high-profile prisoners.

Tensions have mounted between the US and Russia over the case, with the former denying Whelan is a member of US intelligence and speculation growing that Moscow is looking for a high-profile prisoner swap.

The trial of Paul Whelan, 50, (pictured in prison in October) came to a close Monday, with both sides making their closing arguments and prosecutors calling on the court to sentence him to 18 years in a strict Russian prison colony, just short of the maximum 20-year sentence for espionage

The trial, which was held behind closed doors at the Moscow City Court, was wrapped up Monday around two months after it started back in March.

Whelan’s lawyer Vladimir Zherebenkov told reporters the defense team was ‘in shock’ over the hefty sentence requested by prosecutors.

He said Whelan reacted calmly to the ‘very harsh’ demand and handled it ‘with dignity’ after he was accused by Russian prosecutors of being ‘at least a colonel’ in the US Defense Intelligence Agency (DIA).

Zherebenkov said Whelan had pleaded his innocence in court and said he ‘did not do any spying and was not collecting any secret information.’

‘If the situation does not get politicised, if the sentence is determined in an objective, fair way, there should be an acquittal as the defence asked for,’ Zherebenkov added.

A verdict and sentencing is expected to be announced on June 15. 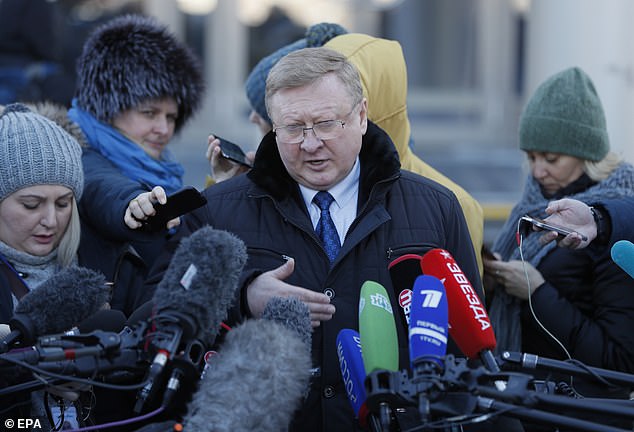 Whelan said he was visiting Moscow for a friend’s wedding when he was arrested in his hotel room by Russia’s FSB security service in December 2018.

At the time he was working as a security director for the American auto parts supplier BorgWarner but had previously served in the Marines, which he left on a bad-conduct discharge in 2007.

The case has been shrouded in secrecy with Russia not publicly saying what Whelan has been accused of.

However, details of the case have emerged through Whelan’s lawyer and through the Russian media.

According to reports, he is accused of stealing state secrets to pass back to Washington.

Whelan has protested his innocence and his lawyers have said he was framed by a friend of 10 years who works for the FSB.

The friend allegedly visited him in his hotel room and gave him a memory card that he thought contained photos of a recent vacation together. 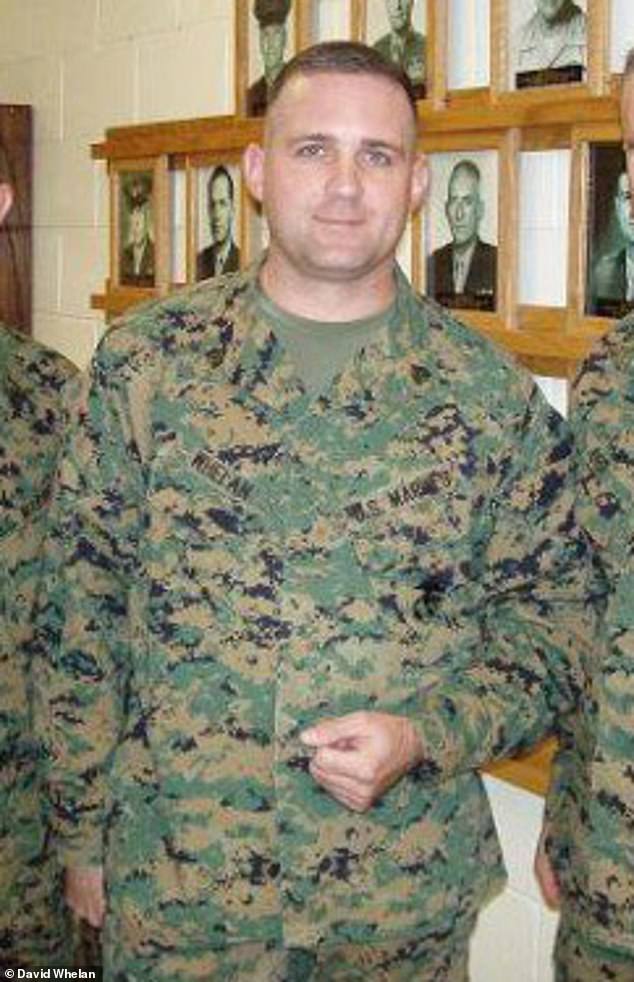 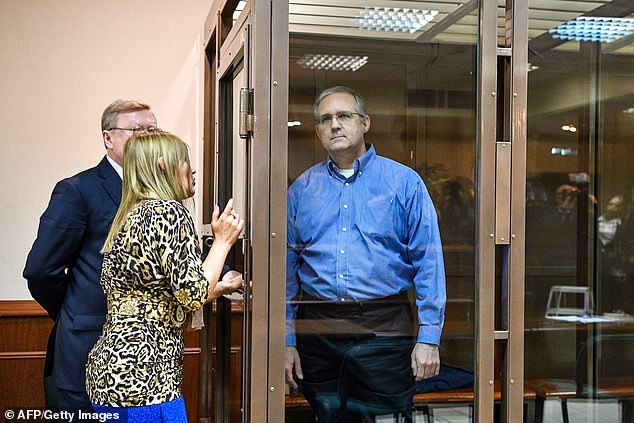 Pictured in a defendants’ cage in 2019. He has been held in custody in a Moscow jail since then accused of being a US spy

The drive actually contained classified materials and moments later the FSB raided the room and arrested Whelan, his lawyers have said.

Whelan believes the friend set him up because he owed the ex-marine over $1,000 for two iPhones, Zherebenkov said.

The friend has not been named by Whelan’s lawyers but his family have identified the individual as a Russian agent called Ilya Yatsenko.

Russian newspaper Kommersant last week reported that Yatsenko works as a major in the powerful Department ‘K’ of the FSB and that the agent appeared in court twice during the trial.

Whelan, who traveled to Russia on vacation for many years, has urged the US government to step in with a prisoner swap.

Speculation has mounted that the US could exchange the former marine, who holds Irish, British and Canadian citizenship, for Russian pilot Konstantin Yaroshenko who is currently being held in the US on drug smuggling charges.

The US has made several calls for Moscow to release Whelan and blasted the nation for what it has described as Cold War-style tactics.