By Jennifer Newton for MailOnline and Afp Reporter

Russia’s Alexander Palace, the last home of Emperor Nicholas II before he and his family were executed by the Bolsheviks, will reopen to the public next summer after million-pound renovations.

The palace, considered one of the best works of the Italian architect Giacomo Quarenghi, was built in the late 18th century for the future Emperor Alexander I and became the permanent residence of the last Russian tsar in 1905.

It is located on the outskirts of the former imperial capital Saint Petersburg and has been under renovation since 2012 before completely closed to the public three years later.

Russia’s Alexander Palace, pictured, will reopen to the public next summer after million-pound renovations

The first eight rooms will reopen after the makeover next June or July, a spokeswoman for the Tsarskoe Selo State Museum, which oversees the vast neo-Classical edifice, told AFP.

The renovations have so far cost some 2 billion rubles (£24million/$31million), she added.

The works were mainly done on the floors, tapestries and ceilings.

The first premises to open to visitors will include the emperor and empress’s rooms including the Mauve Boudoir, Alexandra Feodorovna’s favourite room, and the tsar’s bathing chamber designed in the Moorish style.

‘The Alexander Palace is a special place,’ Olga Taratynova, director of the Tsarskoe Selo Museum, told reporters during a presentation on Thursday. 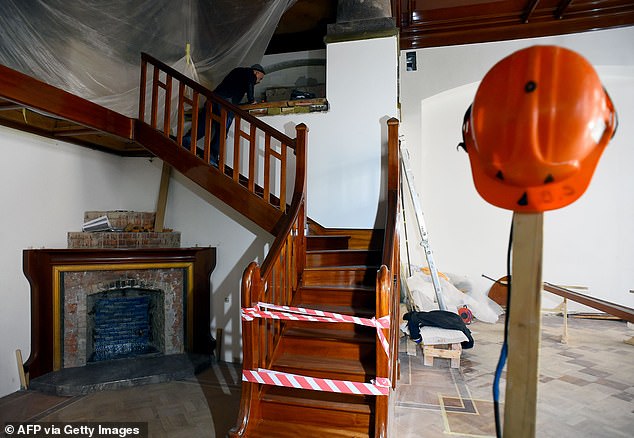 The palace is considered one of the best works of the Italian architect Giacomo Quarenghi. Pictured are some of the restoration works 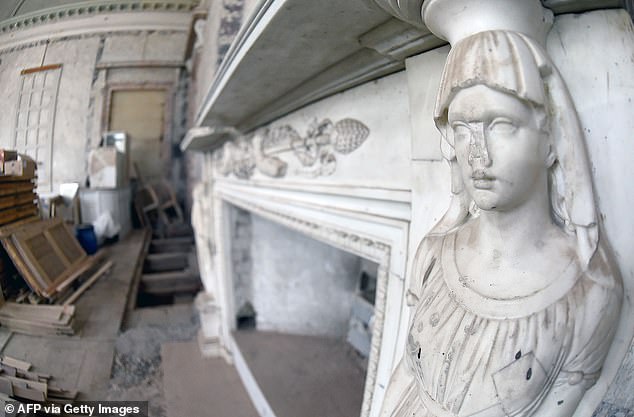 ‘It was built for the imperial family’s private life which was pretty closely guarded.’

Unlike other palaces, the Alexander Palace was not destroyed by Nazi Germany during World War II and housed the military command and a prison. The courtyard was used as a cemetery for SS soldiers.

It was from the Alexander Palace that the tsar and his family were sent into exile to Tobolsk in Siberia in August, 1917.

Afterwards, the family was moved to Yekaterinburg where they were executed, along with their servants and the doctor, in July 1918.