Russian woman with 152 metal objects in her stomach

An elderly Russian woman has had to have 152 metal objects including nails from her stomach after eating them in a belief it would improve her iron levels.

The 74-year-old, only known as Nina, had been admitted to hospital in Ulan-Ude, some 145miles north of the Mongolian border in south-east Russia.

She came in complaining of a high temperature, but medical staff were shocked when they discovered the cause of her illness on X-rays.

Iron stomach: An X-ray revealed the shocking amount of metal in the 74-year-old’s stomach

Surgeons found more than 152 ‘alien objects’ inside the pensions.

The elderly woman had also at one point swallowed a valuable silver necklace.

The 74-year-old told doctors she anaemic and believed eating metal objects would help her with her iron levels. 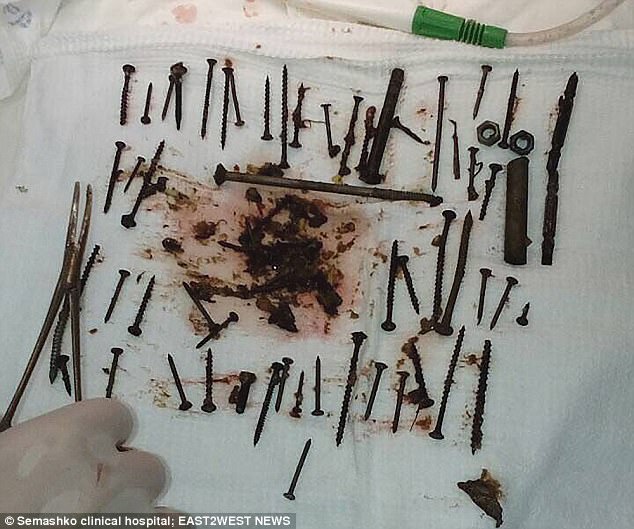 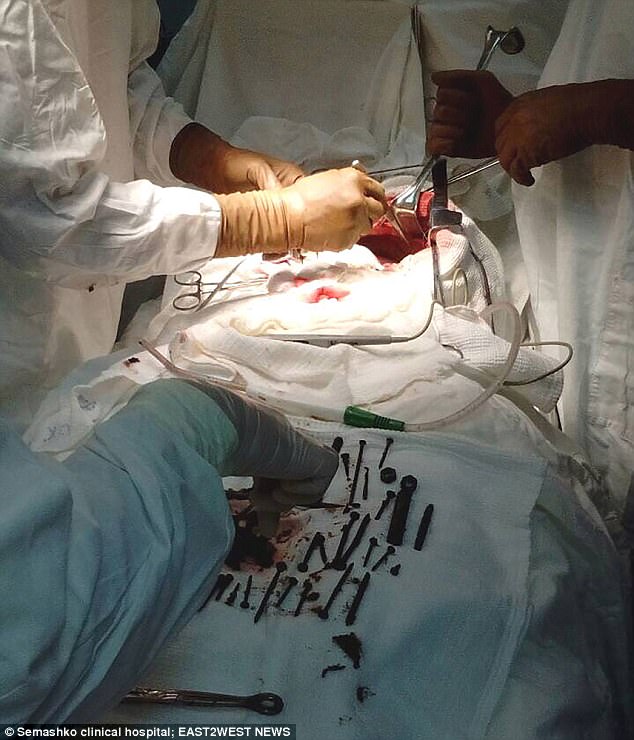 Medical staff told local news that the woman said she started eating metal some 14 years ago.

‘No-one apart from her knows how long these objects have been inside her,’ said a source at the Semashko Republic Regional Hospital.

Doctors said there were no serious injuries to her stomach or throat.

The source added: ‘There is no threat to her life.’ The woman is under surveillance in hospital.