‘I finally want to know what it’s like to be a satisfied woman, what sexual pleasure is,’ one of the ‘students’, aged 45 and divorced, told AFP.

Barely spoken about publicly in Soviet times and with the Kremlin pushing conservative values in recent years, sex, as a subject, remains largely an unmentionable in Russia. 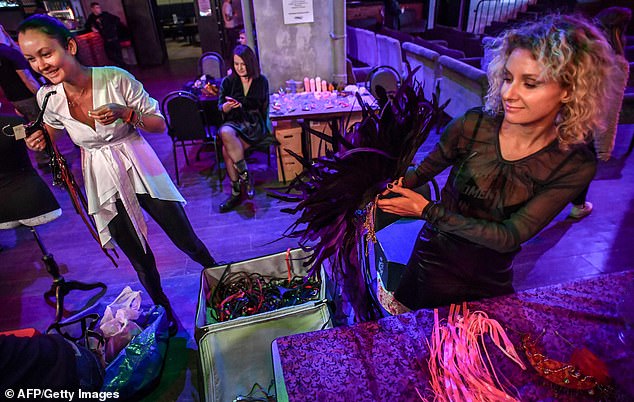 To help people overcome their shyness in talking about sexual pleasure, sexologist training courses, psychologists and so-called sex coaches are now appearing in Moscow, adding to TV shows and articles in women’s magazines.

Viktoria Ekaterina Frank, a psychologist and sexologist, said that her course at the Sex.rf school did not aim to teach sex techniques but rather ‘help women understand the psychological barriers ingrained in their heads’.

Many women are ‘so embarrassed to talk about sex, they can barely breathe’, she said.

Nearly three decades after the end of the USSR, Russian society remains deeply marked by the aura of taboo around the issue of sex in the Soviet Union, according to sociologists. 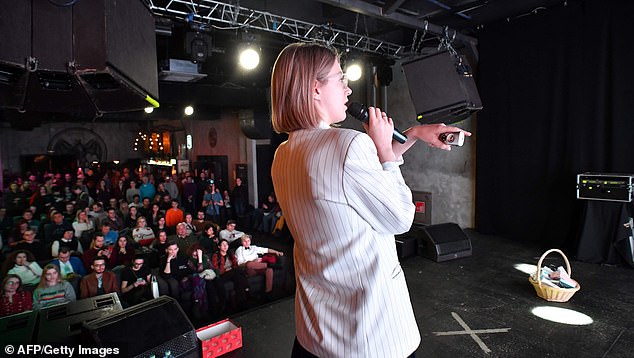 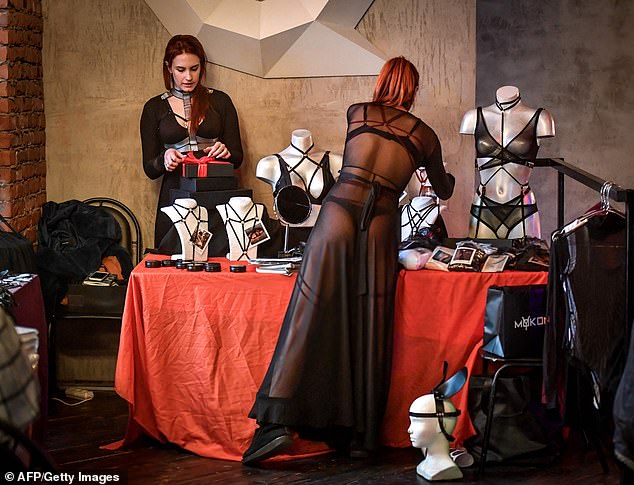 Sex coach Yelena Rydkina said that after an initial ‘crazy boom in interest’ in sex after the collapse of the USSR, people turned away after it all suddenly it became too much

Soviet authorities primarily promoted the idea that ‘the sexual act should serve only for reproduction,’ sociologist Yelena Kochkina told AFP.

‘This means that sexuality was not talked about in the family or at school,’ she said.

A TV interview from the beginning of the Perestroika era immortalised the Soviet prudish and practical attitude to sex, even if it was far from true in practice.

During a 1986 talk show broadcast in the United States and the USSR, an American woman asked a Soviet woman if there was sex in adverts in the Soviet Union.

‘There is no sex back home, we are categorically against it,’ the Russian replied, in an exchange that has become a part of popular culture. 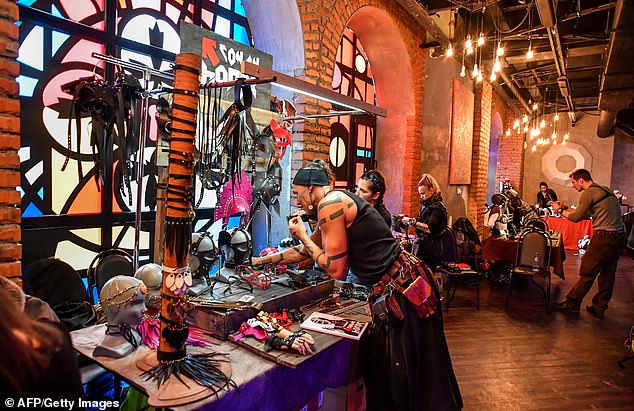 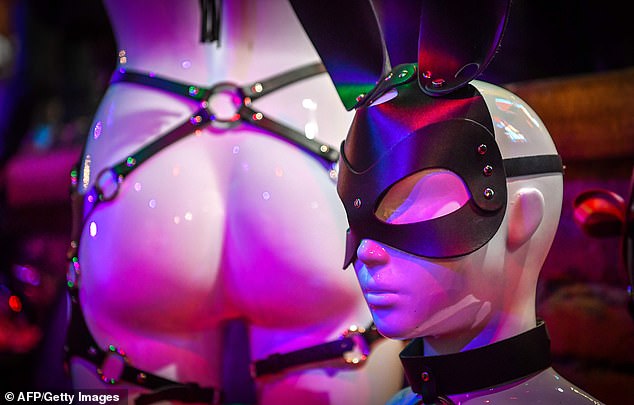 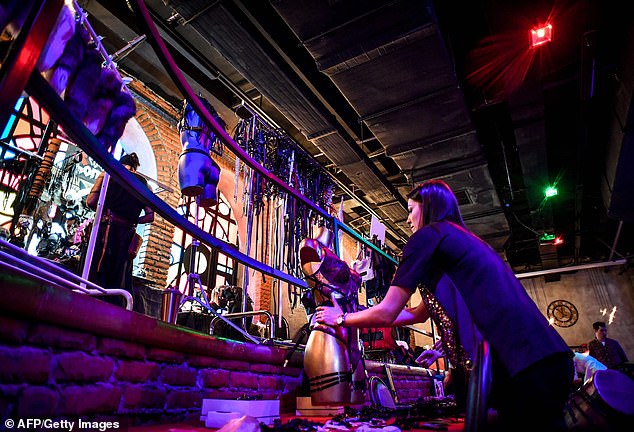 Russian authorities are increasing their control over the media and internet, often blocking content they disapprove of

Although it was off limits in public discourse in the Soviet era, everyone was having sex and ‘maybe even too much’, said Dmitry Rogozin, a sociology professor at the Russian Academy of Sciences.

Abortion at the time was often used as contraception due to the pill and condoms being unavailable and, as a result, the number of terminations was one of the highest in the world at the beginning of the 1990s.

Sex coach Yelena Rydkina said that after the initial ‘crazy boom in interest’, suddenly it became too much, causing fear and rejection, and people turned away. 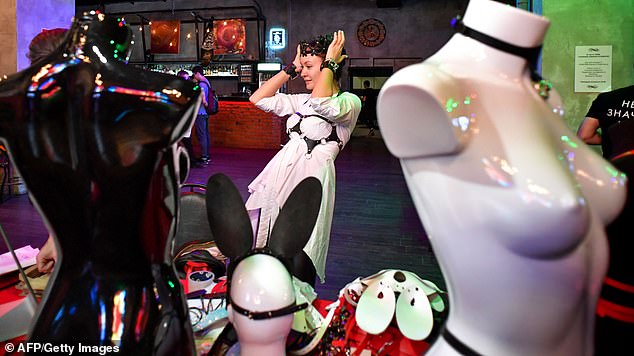 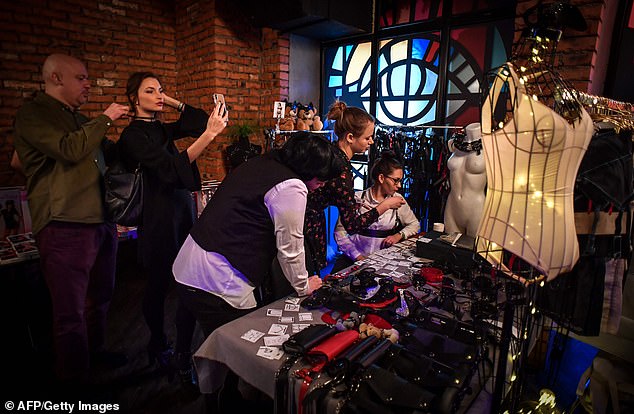 Inspired by sex coaching classes she attended in San Francisco in the US, Rydkina began teaching courses in Moscow where ‘people can talk normally about sex’.

‘Politics in the last 10 years is moving away from open sexuality and propagates traditional family values,’ she said.

Nevertheless, there is now a ‘real demand’ for more coverage of sex-related issues, leading to a rise in sex blogging in Russia, added Rydkina.

One such blogger is Tatyana Dmitriyeva, who founded Sexprosvet, a popular website that aims to ‘develop sex culture in Russia’. 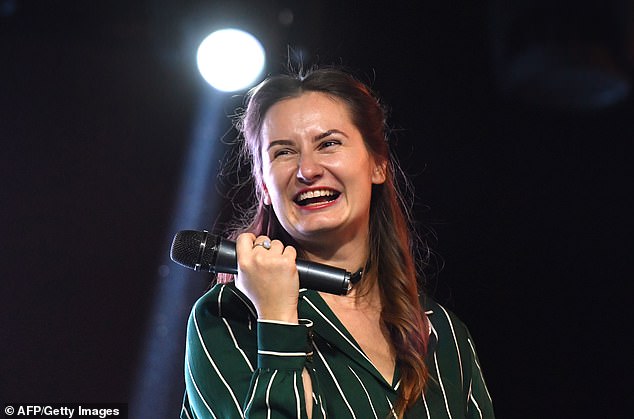 Tatyana Dmitriyeva, the founder of Sexprosvet, a popular website that aims to ‘develop sex culture in Russia’ 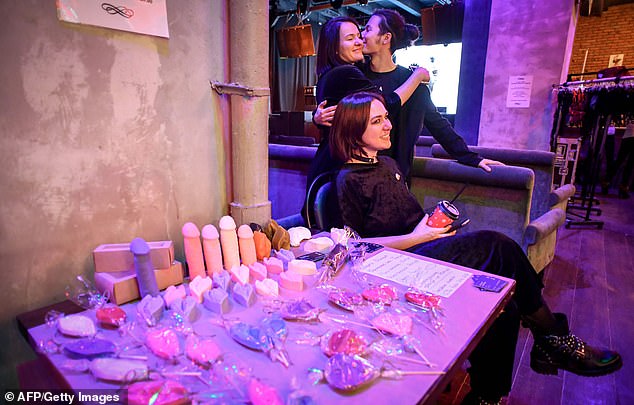 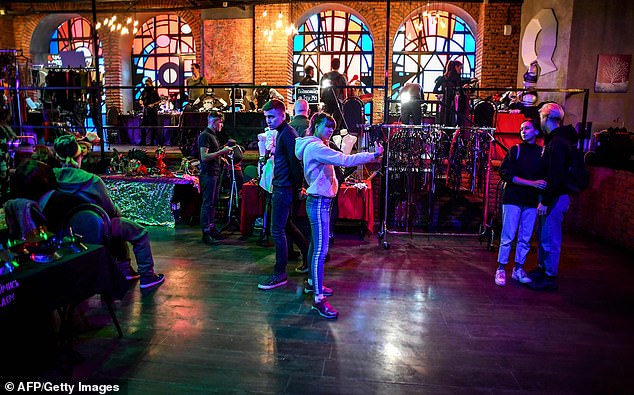 Dmitry Rogozin, a sociology professor at the Russian Academy of Sciences, says intimacy is ‘form of escape from dangerous political activity’ 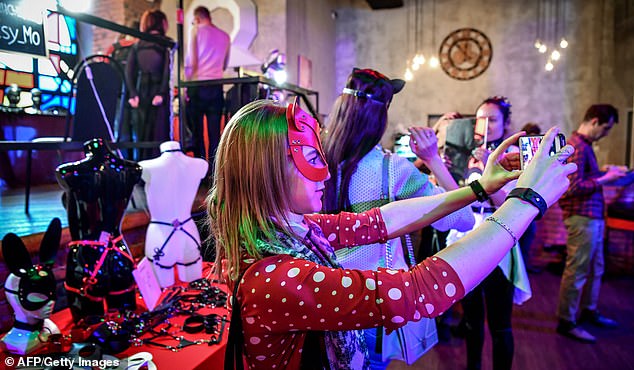 She set up the site three years ago because she said that there was nowhere to seriously discuss the subject.

‘I wanted to change that, I wanted to start a dialogue,’ she told AFP.

For sociologist Rogozin, a lack of open political debate in Russia has now made talking about sex more attractive.

With authorities increasing their control over the media and internet, often blocking content linked to the opposition, Rogozin said that Russians found freedom of expression in talking about sex.

‘Intimacy is seen as a form of escape from dangerous political activity,’ he told AFP. ‘People are more eager to talk about sex than politics.’ 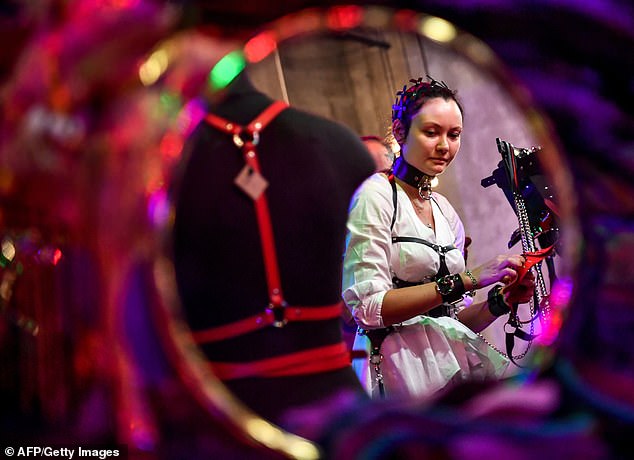 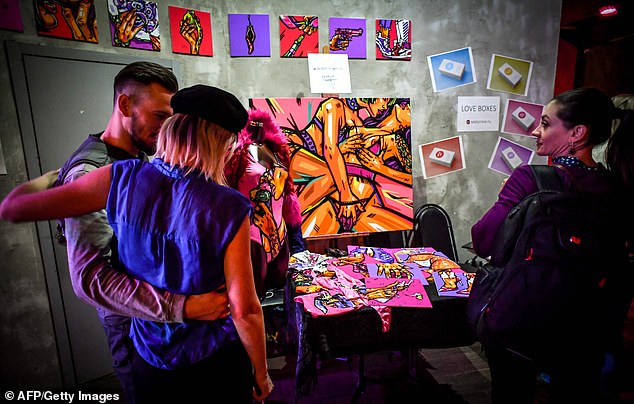 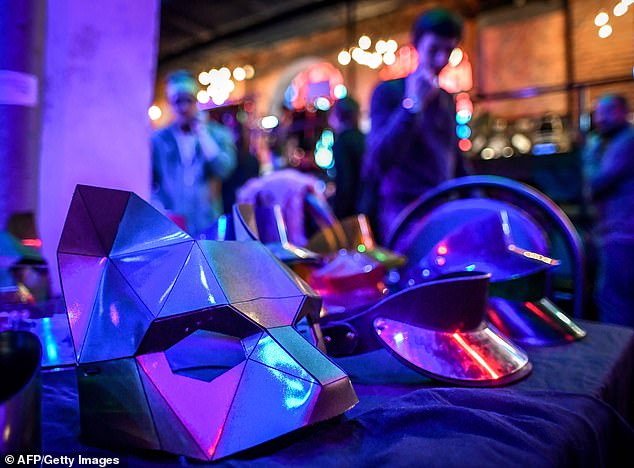 The appetite for open discussion, however, stops short at homosexuality – considered by the state as a mental illness until 1999, he said.

‘Being gay is ok for celebrities, but not for those who live next door,’ Rogozin said. 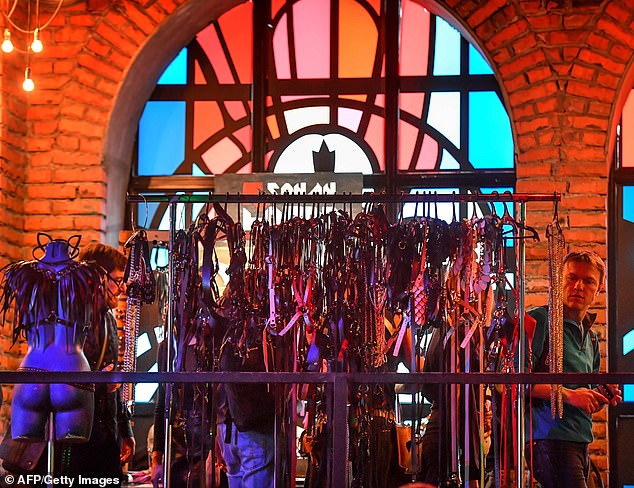 The appetite for open discussion in Russia does not include homosexuality, which was considered by the state as a mental illness until 1999 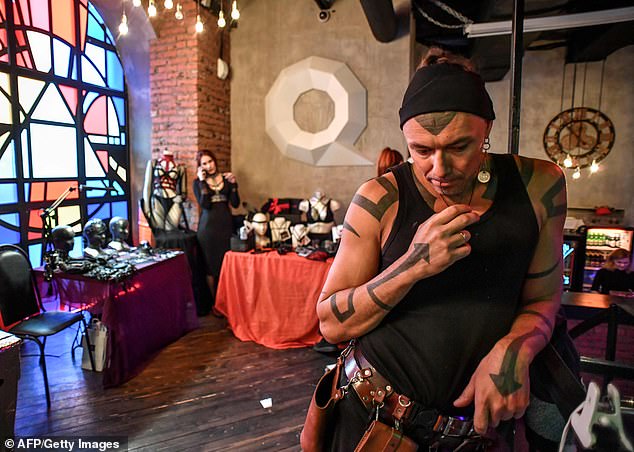