Ruth Davidson ‘delighted’ after she gives birth to boy

Scottish Tory leader Ruth Davidson today announced she has given birth to a baby boy.

Ms Davidson, 39, said she and her partner Jen Wilson, 36, were ‘delighted’ after the infant’s safe arrival at Edinburgh Royal Infirmary this morning.

They have named their first child, who weighed 10lb 5oz, Finn Paul Davidson.

Ms Davidson said the baby was ‘loved’ – but also joked that the couple’s pet dog Wilson was jealous.

The new arrival quickly drew congratulations from the political world. Ms Davidson has previously spoken of their struggles with IVF, and is now expected to take maternity leave.

Theresa May was among the well-wishers who tweeted her congratulations, writing: ‘Many congratulations to you, Jen and Finn! Wishing you all every happiness for the future.’ 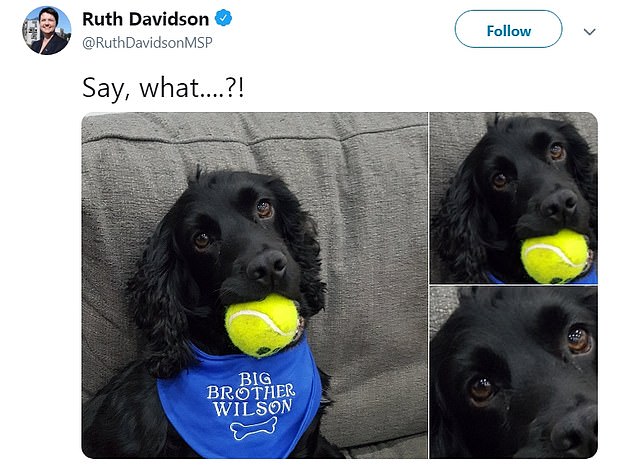 Ms Davidson said: ‘Jen and I are delighted at baby Finn’s safe arrival. A huge thank you to the medical team at the ERI and the midwives at Leith Community Treatment Centre for looking after all three of us so well throughout the pregnancy and birth.

‘I can’t wait to get this little one home to enjoy some family time together.’

Ms Wilson said: ‘It was wonderful to welcome baby Finn into the world this morning.

‘He is beautiful and already very loved.

‘Ruth did brilliantly and Finn clearly has his mother’s lungs on him!’

The new arrival quickly drew congratulations from the political world.

Ms Davidson previously opened up about the ‘ups and downs’ of having IVF and her joy that her dream of starting a family was coming true.

She is expected to take a few months off work for maternity leave – but has vowed to lead the Scottish Tories into the 2021 Hollyrood election.

Her deputy Jackson Carlaw is holding the fort until her return to work.

Ms Davidson and her partner have been together since 2014, got engaged in 2016 and were planning to get married last year.

However, they postponed the wedding after their beloved dog was hit by a car as he chased after some birds. 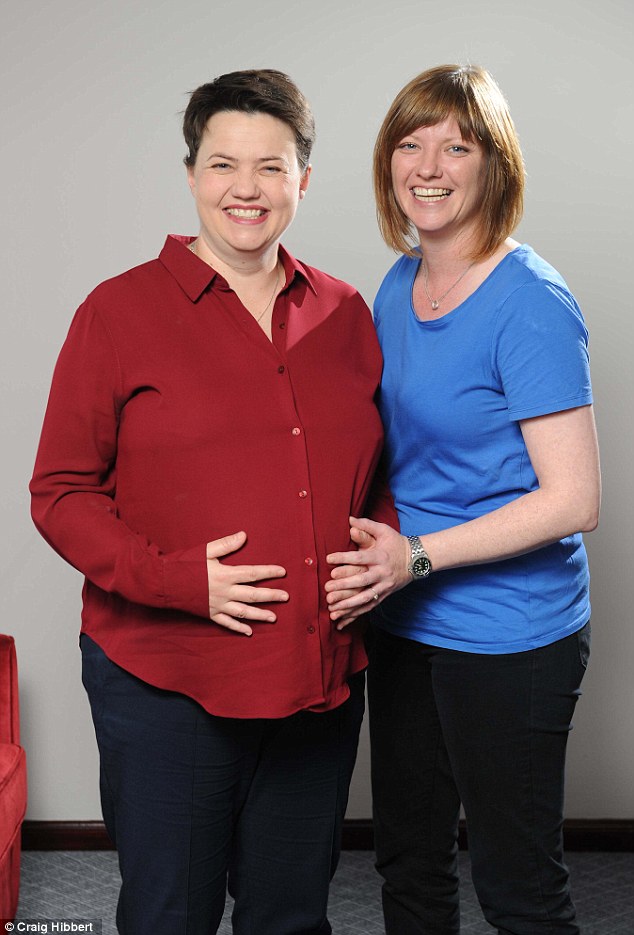 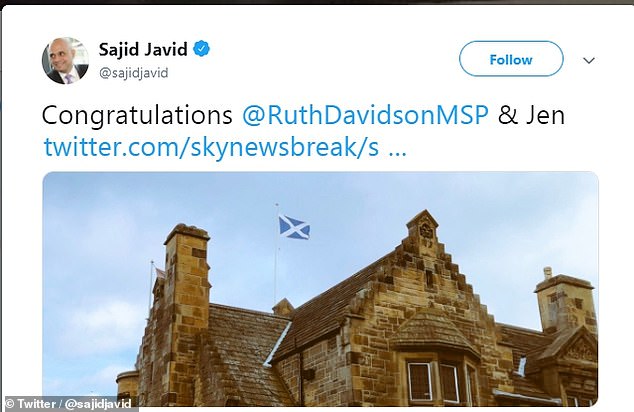 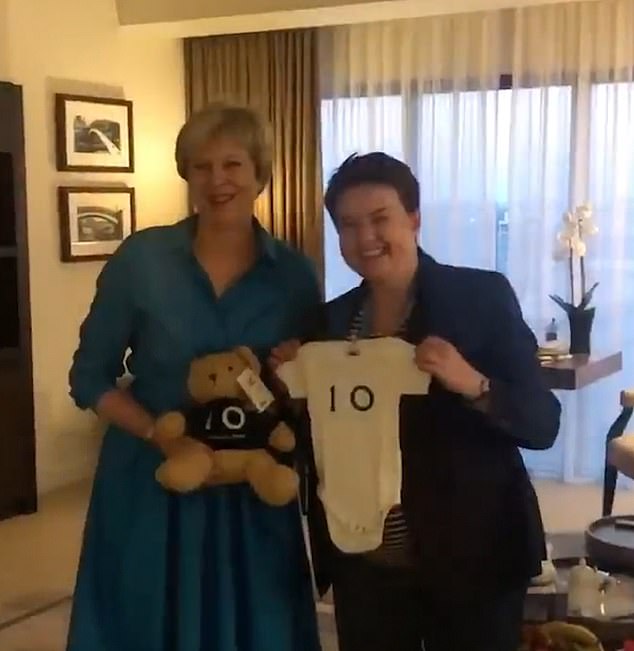