Animals lovers have criticised Strictly star Ruth Langsford after she shared a video of herself dancing with her dog.

Ruth, 57, is gearing up to take part in the 2017 season of the hit show, and shared a clip of herself dancing with her rescue dog on Twitter, joking that her pet had ‘more poise and grace than me’.

The This Morning presenter had dancing shoes on and was propping Maggie up on her hind legs as they moved to the Strictly theme song.

Most of Ruth’s followers seemed to love the clip – but others said she was at risk of injuring her pet.

One viewer pleaded with Ruth to put the dog down, insisting that having the pooch stand on her hind legs ‘put pressure on her hips and spine’.

With just weeks to go to Strictly 2017, Ruth filmed herself breaking her dancing shoes in and rehearsing in what looked like her kitchen.

Keeping her face mostly out of shot, Ruth could just be seen wearing black trousers and heels with a pair of socks underneath.

Maggie, a Collie cross who Ruth and her husband Eamonn Holmes adopted in 2011, was acting as Ruth’s dancing partner.

Ruth held the pooch up by the paws as she walked her around a tiled floor, with the dog staring blankly at her owner. 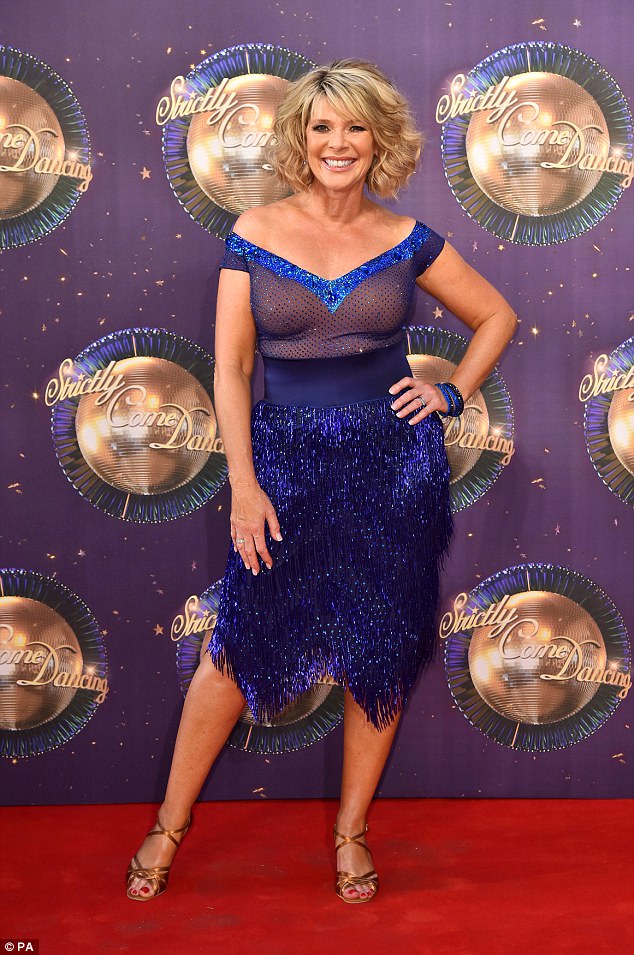 Ruth is one of the celebrities taking part in this year’s Strictly Come Dancing, and has admtited she’s ‘nervous’ about taking part 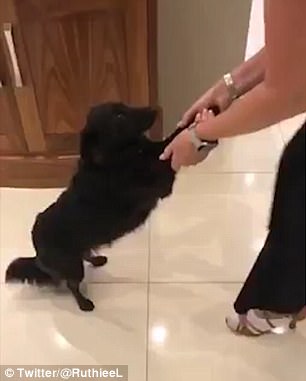 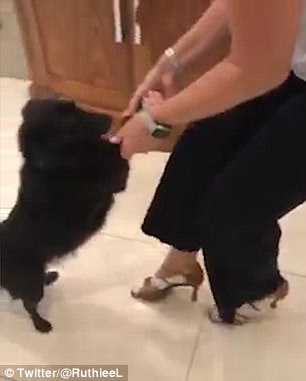 Twitter users have said Maggie was clearly not enjoying the dancing, with some even suggesting that it is dangerous for the dog.

One tweeted: ‘Noooo please put her down. This puts way too much pressure on her hips and spine.’

‘Because that’s not hurting the dog’s back legs AT ALL,’ another posted.

‘Or how about not pull your dog about? Even they don’t seem bothered it’s not very nice,’ another ranted.

A fifth wrote: ‘Please don’t do that to lovely Maggie.’

‘Dogs are not designed to dance! This is not good for her joints. She’s going along with it to please you.Stop being ridiculous,’ another ranted.

Another said: ‘Please don’t do this to your furbaby Ruth.’

Representatives for Ruth declined to comment when contacted by MailOnline.

Ruth appeared at the Strictly Come Dancing launch earlier this week in a dazzling blue dress that turned lots of heads.

The mum of one previously admitted she was feeling anxious about taking part in the BBC competition, which begins Saturday September 9.

Taking to Instagram, she said: ‘Yesterday I had really big anxiety.