Bachelor in Paradise started off with a bang this week with Brett Moore’s ‘secret’ relationship sensationally exposed just two episodes in.

The outed contestant maintained that producers of the show knew all along that he was in the early stages of seeing The Bachelor beauty Stephanie Boulton and that the situation was exploited for drama.

And on Thursday, his former Bachelorette co-star Ryan Jones has backed up the allegations, exclusively telling Daily Mail Australia that they tried to convince him to do the same thing. 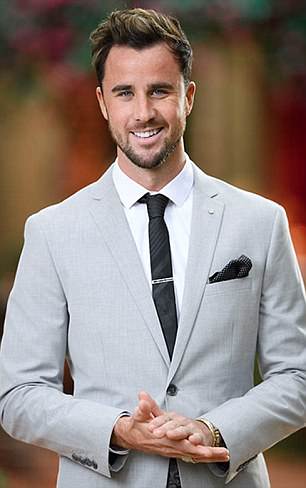 EXCLUSIVE ‘It was a total stitch up!’: Ryan Jones (left)  backs up Bachelor in Paradise Brett Moore’s  (right) claims that producers KNEW he had a girlfriend… and exclusively tells Daily Mail Australia they tried to convince him to sign up too despite dating someone

Ryan, who vied for Sophie Monk’s heart alongside Brett in The Bachelorette last season, reiterated the Perth-based suitor’s claims that producers had knowledge of the burgeoning romance before the show kicked off.

‘I spoke to him straight after it happened. It was a total stitch up,’ Ryan alleged.

‘They knew all along and had even presented her with a contract.’

The reality star, who has been dating Tahlia Rozis since his attempts to win over Sophie fell apart, added that producers also tried to convince him to head to Fiji.

‘They also approached me to go, but I said I was in a relationship,’ Ryan explained, adding that his ‘taken’ status didn’t appear to be an issue for them.

He continued: ‘To which I was told ok, you don’t have to hook up with anyone, it’s more like a Bachelorette meets Survivor.’ 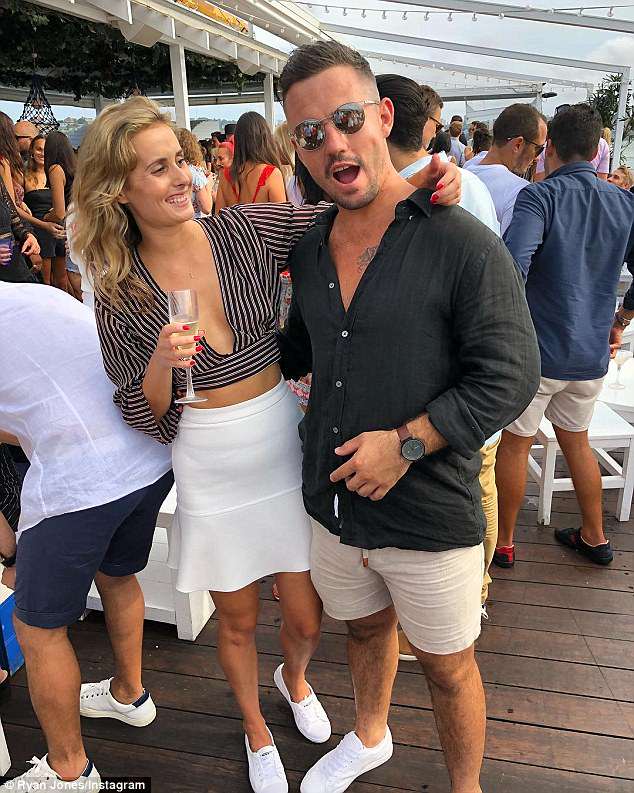 ‘You don’t have to hook up with anyone, it’s more like a Bachelorette meets Survivor,’ The Bachelorette star Ryan, who is now dating Tahlia Rozis (left), claims BIP producers tried to get him on the show and didn’t mind he was in a relationship 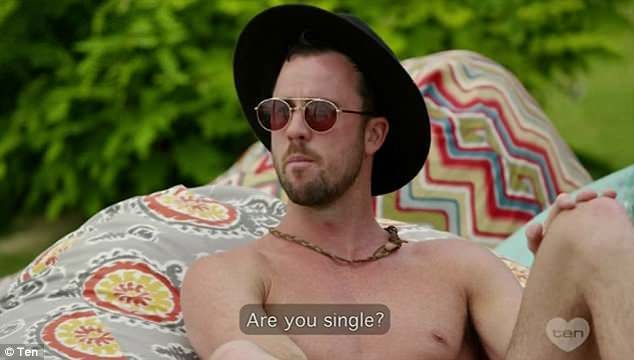 Scandal! Controversy kicked off in Bachelor in Paradise when it was claimed Brett had a ‘secret girlfriend’

In a lengthy Instagram post uploaded earlier this week, Brett blamed the show’s producers for making him look like a ‘s**t bloke’ and insisted the original plan was for Stephanie to join him in Paradise.

Brett explained that he and Stephanie were both approached during the ‘early days’ of their relationship to appear on the reality spin-off.

He claimed the idea was that their romance would be allowed to blossom while the cameras were rolling but when he was kicked off the island, Steph’s contract was torn up and he was portrayed as a ‘sh*t bloke’. 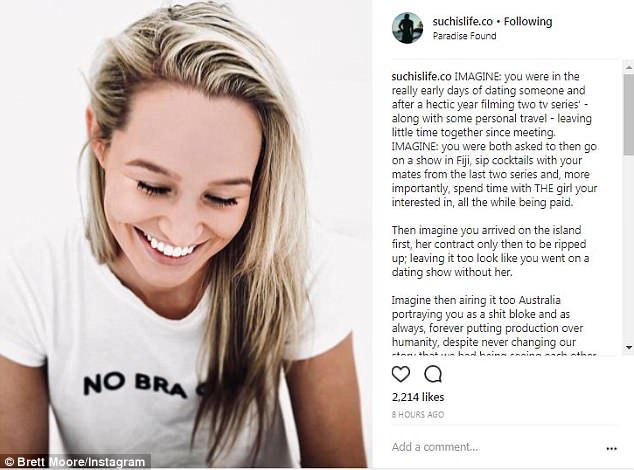 ‘Imagine you arrived on the island first, her contract only then to be ripped up; leaving it to look like you went on a dating show without her,’ Brett vented in the post.

‘Imagine then airing it to Australia portraying you as a shit bloke and as always, forever putting production over humanity, despite never changing our story that we had been seeing each other in the lead up and couldn’t wait to be reunited in Fiji. Now you have “reality” TV.’ 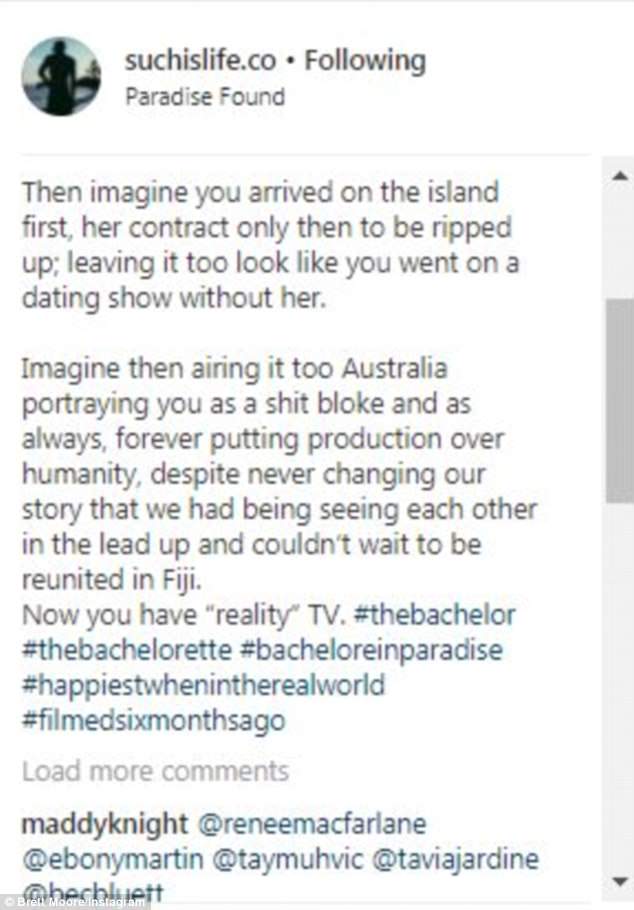 ‘Production over humanity!’ Brett slammed the show and accused them of exploiting the situation for drama

Speaking on The Kyle & Jackie O Show on Tuesday, Stephanie echoed a similar story about the chain of events.

‘I actually got the phone call first to go on Paradise. I said no, they already knew about me and Brett. I said, “No, me and Brett have been hanging out and it’s going well, why would I?”‘ she said.

‘Ten minutes later Brett texted me and said he’d got a call from Bachelor in Paradise. I was like, “I just told them no because of you.” They were interested in him going on the show, so I texted back to [the producer] and said, ‘you know me and Brett have been hanging out but it’s an awesome opportunity, so I’m keen too.”‘

A Warner Bros. spokesperson previously told Daily Mail Australia: ‘Once it was confirmed during filming that Brett and Stephanie were actually dating, Stephanie was no longer eligible for the show.’

Daily Mail Australia has reached out to Network Ten for comment. 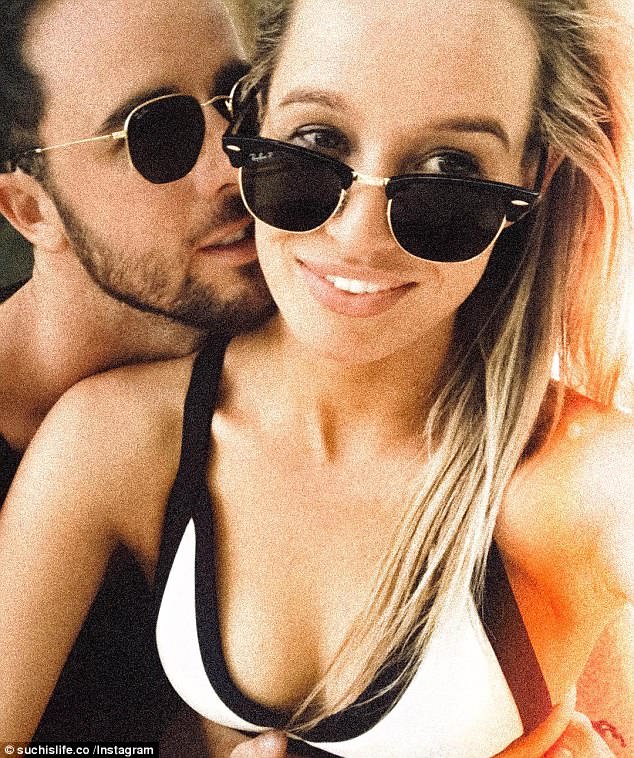 Did the producers know? Speaking on The Kyle & Jackie O Show on Tuesday, Brett’s girlfriend Stephanie Boulton (right) echoed a similar story about the chain of events