A 12-year-old boy died from undiagnosed Addison’s disease after opportunities were missed to ‘administer lifesaving treatment’, a coroner has ruled.

Ryan Morse died in his home in Brynithel, South Wales, in December 2012 after being plagued by a four-month illness.

During that time his mother Carol Ann Morse took him to Abernant Surgery on a number of occasions but medics thought he was suffering from a virus and prescribed paracetamol, Gwent Coroner’s Court in Newport heard on Thursday.

Ryan Morse, pictured, dropped to just four stone before he died after doctors failed to diagnose Addison’s Disease which is an incredibly rare disorder of the adrenal glands 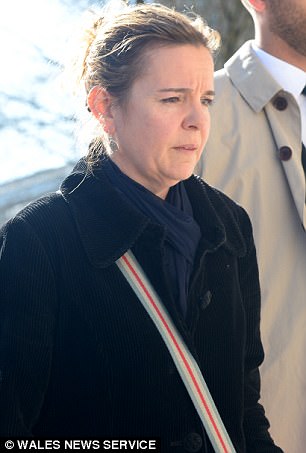 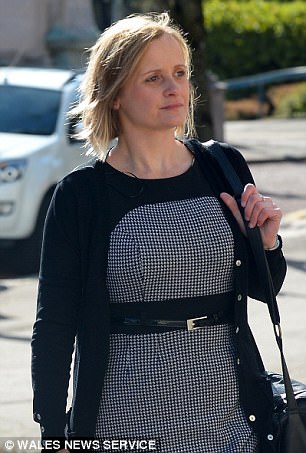 Summing up the case, coroner David Bowen said Ryan had been a ‘fit and well young boy’ before becoming ill in July 2012, with various symptoms including a change in the pigmentation of his skin.

Other symptoms which came and went over the period included projectile vomiting, sore legs, difficulty walking and a rash.

Mr Bowen said Mrs Morse woke at around 4am on December 8 2012 to find her son was not breathing and tried to administer CPR.

‘The paramedics arrived and confirmed her worst fear that Ryan had died,’ he said.

‘The subsequent post-mortem found he died from Addison’s disease

‘This is a rare disease and one that GPs will not normally encounter.

‘Tragically if the condition was diagnosed its fatal outcome could have been prevented.

‘Unfortunately neither doctor nor parent thought it necessary to refer Ryan to hospital where the true nature of illness may have been diagnosed.’

Mr Bowen said Ryan’s death was ‘due to natural causes where the opportunity to administer lifesaving treatment was missed’.

Following Ryan’s death, two of the GPs from the Abertillery surgery – Dr Joanne Rudling and Dr Lindsey Thomas – were charged with manslaughter by gross negligence.

Addison’s disease is a rare disorder of the adrenal glands.

The adrenal glands sit on top of the kidneys and produce the hormones cortisol and aldosterone.

If the adrenal gland is damaged, an insufficient amount of these hormones is produced.

It is most common in women.

Early in the illness, its symptoms mimic common ailments such as depression or the flu.

Also, patients may develop darkened areas of skin or darkened lips or gums.

Patients require treatment for the rest of their life to control the level of steroid hormones in their system.

Without proper treatment, the disease can be fatal.

During their trial, the prosecution admitted the doctors could not have been expected to diagnose Addison’s – which affects around 10 in every 100,000 people.

High Court judge Nicola Davies ruled there was no case to answer and Dr Rudling was also acquitted over a charge of perverting the course of justice.

The inquest heard Mrs Morse first became worried about her son’s health during the summer holidays when he complained of a bad head, sore throat and aching legs – as well as projectile vomiting on a number of occasions.

In a statement read to the hearing, Mrs Morse said she thought her child had glandular fever and was concerned about dark pigmentation in his skin, particularly around his jaw and behind his elbows and knees.

It was initially thought Ryan had a viral infection following a visit to the doctor on July 20 when he was prescribed paracetamol.

Mrs Morse said the family went on holiday to Tenby and Ryan went back to school, but his condition and his appetite did not improve and he lost weight.

‘He did not have the motivation and energy to go out with his friends,’ she said.

Mrs Morse took her son to the GP again on September 29 after he developed a rash, but said the doctor ‘dismissed’ her concerns about the skin pigmentation and prescribed a cream and tablets for the rash.

The inquest heard Ryan returned to the surgery on November 7, when he was seen by Dr Rudling who took Ryan’s blood, but said two weeks later that the results only showed a slight reduction in white blood cells.

On December 7, Ryan’s health took a turn for the worse – suffering with diarrhoea, a high temperature and showing signs of being delirious, the inquest heard.

Mrs Morse phoned the GP surgery in the morning to have a consultation over the phone with Dr Thomas.

A second phone consultation then took place with Dr Rudling later in the day.

However, no home visit or call to paramedics was made by either doctor and Mrs Morse said she was told to give Ryan soluble paracetamol and bring him in on the Monday.

Mrs Morse said she decided to stay with Ryan in the living room that night but woke at around 4am to find he was not breathing.

Dr Yvette Cloette, who examined Ryan’s body after he was admitted to hospital said in a statement read to the inquest, she formed the opinion he might have died from Addison’s disease.

She said: ‘I believe Ryan’s death was preventable.

‘Addison’s is a condition that once recognised can be treated to prevent it being fatal.’

She added that it was easier to put everything together retrospectively than it would have been for a GP treating an acute illness.

After the hearing, Ryan’s sister Christina Morse, 27, said: ‘First of all I would like to thank everyone involved with Ryan and Ryan’s case.