Ryan Seacrest has revealed that he nearly signed a deal to host the rebooted American Idol before joining his pal Kelly Ripa on Live With Kelly And Ryan.

‘I’ve always loved the show. And if I could do it forever, I would do it forever,’ Ryan dished to The Hollywood Reporter in his first full-length interview since the show wrapped, released online on Wednesday.

The 42-year-old television and radio personality added: ‘Who am I if not the American Idol guy?’

Old friends: Ryan Seacrest signed on for Live With Kelly And Ryan after Fox wrapped American Idol but he has admitted that a return to ABC’s rebooted Idol is not out of the question

Ryan hosted Fox’s hit show from the day the first season began on June 11, 2002, until the day it wrapped the 15th and final season on April 7.

The already busy celebrity was advised not to jump into anything too quickly by Bob Pittman, CEO of iHeartMedia.

‘When you come off a show like that, and you’d been doing it as long as he did, your natural tendency is to quickly replace it,’ Bob told THR. 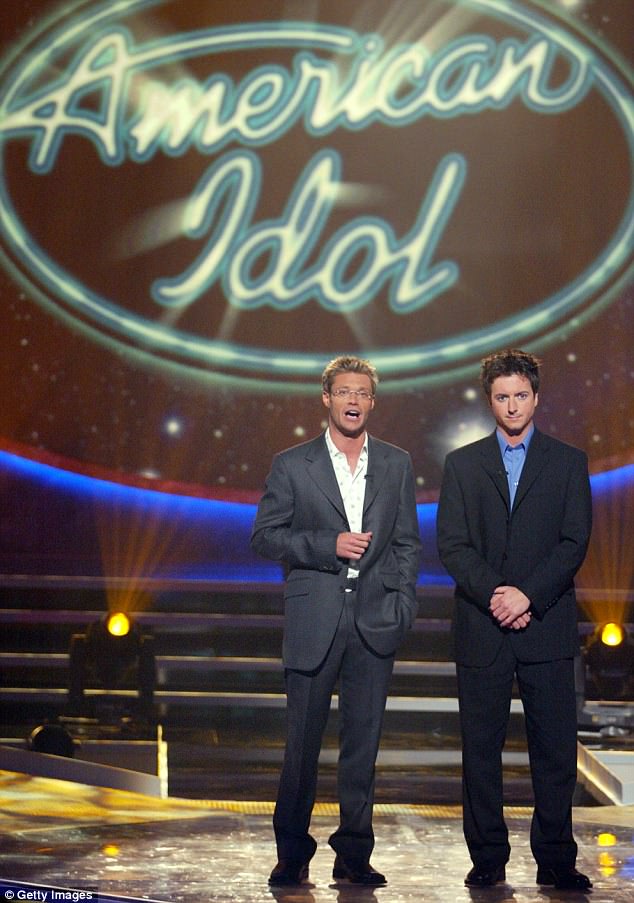 Back in the day: The 42-year-old was a co-host with comedian Brian Dunkleman when the show bowed on July 11, 2002

‘But unlike most people, Ryan has this huge audience who listens to him every day on the radio – it’s bigger than his audience for Idol – so people aren’t forgetting about him, he isn’t going away.’

Ryan is now co-hosting Live! with his longtime friend and he revealed he got the support of previous hosts Michael Strahan – who sent over a bottle of wine – and Regis Philbin when the appointment was announced.

He dished that Regis said: ‘Ryan, I was most worried about doing something the night before so we had something to talk about in the first 20 minutes of the show, so just make sure you’re doing something.’ 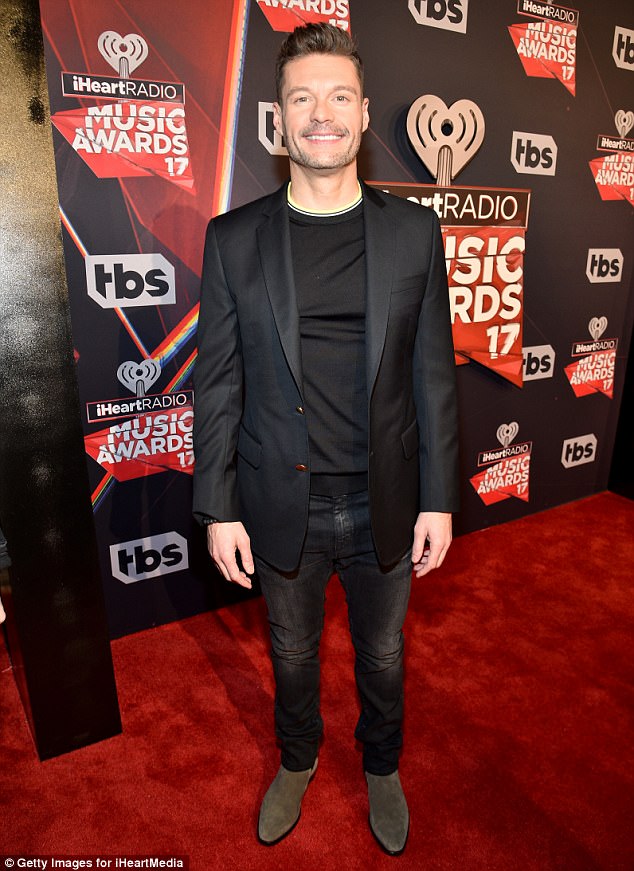 Busy star: The celebrity, seen at the iHeartRadio Music Awards in Los Angeles, hosts a morning show on the station’s Los Angeles-based 102.7 KISS-FM as well as other radio shows 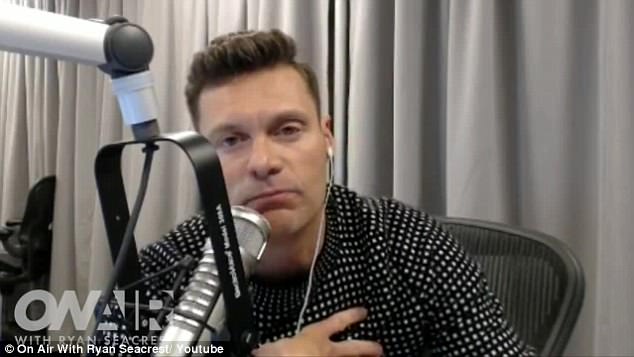 And the celebrity – who also presents live television specials including Dick Clark’s New Years Rockin’ Eve With Ryan Seacrest, which he also produces – says he now knows what he is good at and what he isn’t.

Meanwhile, Ryan may yet return to ABC’s Idol reboot.

‘We want Ryan to be a master of all things live for us in the way that Regis Philbin was for many years here,’ Disney/ABC executive Ben Sherwood told THR. 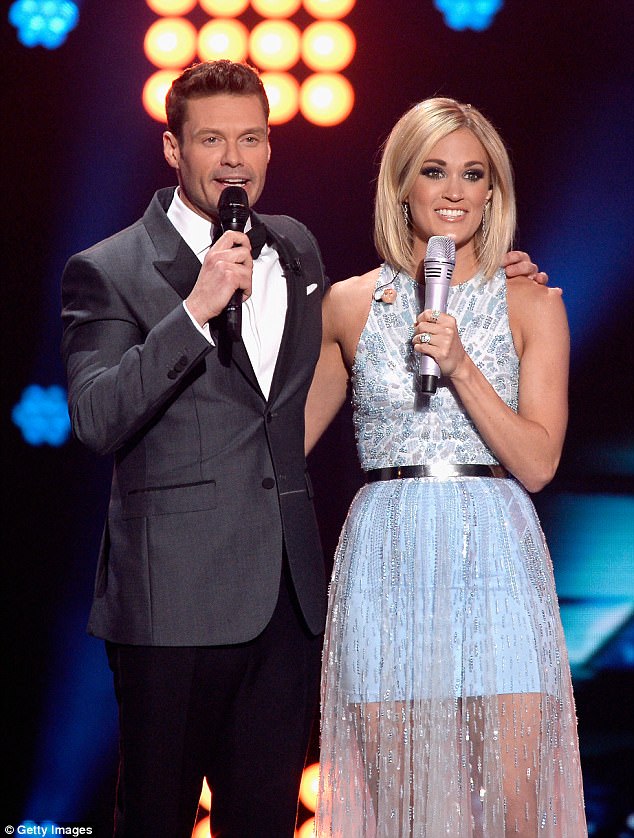 Making stars: Ryan welcomed Carrie Underwood back to American Idol for its finale. The star won the fourth season in 2005 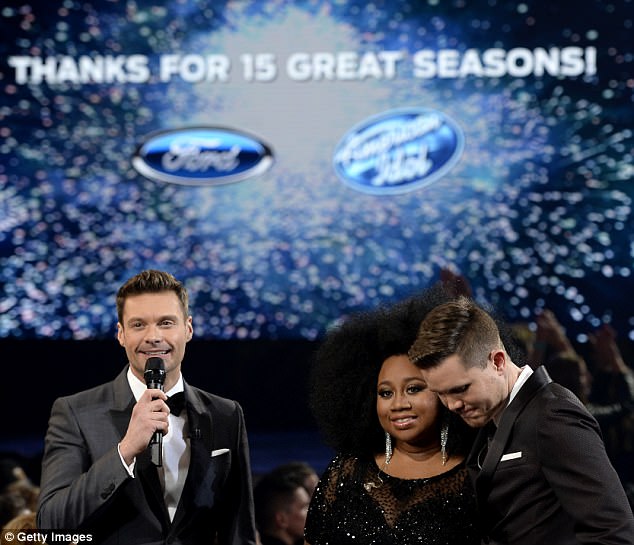 Gone for now: Ryan, seen with season 15 finalist La’Porsha Renae and winner Trent Harrison, wrapped the last show on April 16. But Ryan may yet return in ABC’s reboot of the Fox show