Ryanair, TUI and Virgin Atlantic are STILL denying holidaymakers refunds in breach of promises made to the aviation watchdog, says Which?

Airlines are breaching promises they made to the aviation watchdog by continuing to deny holidaymakers hundreds of thousands of pounds in refunds.

The Civil Aviation Authority (CAA) last month revealed carriers had been brazenly breaking the law by forcing passengers to wait up to four months for their money back.

After the regulator’s investigation, airlines promised to speed up their performance and said they would issue refunds within various agreed timeframes.

Airlines are breaching promises they made to the aviation watchdog by continuing to deny holidaymakers hundreds of thousands of pounds in refunds, says Which?

But a probe by consumer champions Which? has accused Ryanair, TUI and Virgin Atlantic of reneging on their promises by continuing to leave passengers out of pocket.

Following the review, Ryanair said they would clear all refund requests by July 31.

However, passengers have complained that they are still waiting for refunds from as long ago as March. Others have encountered difficulties swapping credit note vouchers for cash.

Virgin Atlantic told the CAA the maximum waiting time for refunds is 120 days. But Which? said some passengers have been waiting 130 days for flights cancelled four months ago.

TUI was rebuked for issuing vouchers before making customers wait 28 days for their money back.

The airline told the CAA they would process refunds within 14 days, on average, and would no longer automatically issue vouchers. 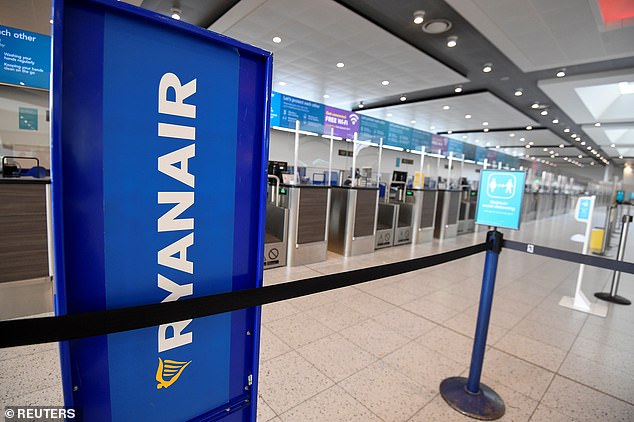 Following a CAA review, Ryanair said it would clear all refund requests by July 31. However, passengers have complained that they are still waiting for refunds from as long ago as March

But TUI’s website still states that customers should wait for a voucher before they can claim a refund and one passenger told Which? they have yet to receive a credit note for a flight cancelled in April.

The findings will pile pressure on ministers to strengthen the powers of the CAA.

Rory Boland, editor of Which? Travel, said: ‘Time after time, Which? has exposed airlines breaking the law on refunds for cancelled flights due to the pandemic and treating their passengers unfairly, and we’re concerned that they now feel empowered to do as they please without fear of punishment.

‘Passengers must be able to rely on a regulator that has effective powers to protect their rights – especially at a time of unprecedented turmoil. The government needs to step up and ensure the CAA has the tools it needs to hold airlines to account, or risk consumer trust in the travel industry being damaged beyond repair.’

TUI said: ‘Customers with cancelled flight-only bookings which were due to depart before July 11 were issued refund credit vouchers, and could then apply for a cash refund via our online form. These refunds were processed within 28 days.

‘Customers with cancelled flight-only bookings which were due to depart from July 11 onwards will automatically receive cash refunds. These refunds will be processed within 14 days. 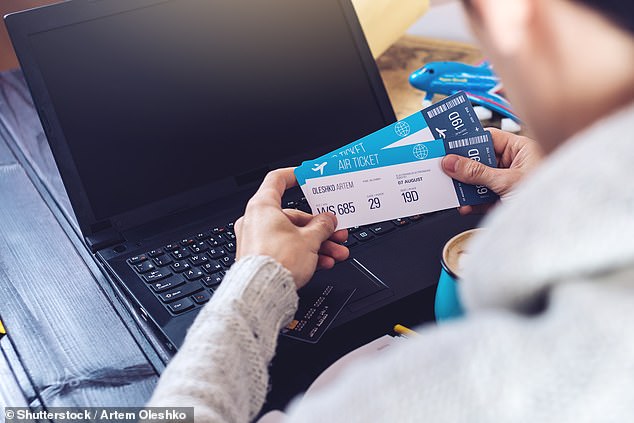 The Which? findings will pile pressure on ministers to strengthen the powers of the CAA

‘We’re really sorry to any customers who may have experienced delays in receiving their refund.’

Virgin Atlantic said: ‘The huge volume of refund requests we have received, combined with the constraints on our teams and systems during the pandemic, has meant that refunds have been taking longer than usual to process, and we sincerely apologise for this.’

Andrew McConnell, spokesperson for the UK Civil Aviation Authority, said: ‘We thank Which for their continued engagement on this important matter. We will review any supplementary evidence that Which wish to provide to us beyond the 12,000 cases previously submitted during our review of airline refund policies and performance during the Covid-19 pandemic.

‘While our initial review has concluded, we have been clear that we will continue to monitor performance closely and should any airline fall short of the commitments they have made to us, we will take further action as required.’