When Viktor Hovland steps on to the hallowed turf at Whistling Straits, he will make history as the first Norwegian to play at the Ryder Cup.

More strikingly, he is the first player to teach himself golf online — in a second language.

Hovland, 23, grew up in Oslo. He watched movies, listened to heavy metal music, and absorbed internet golf tutorials to improve his golf swing from the age of 11.

His parents entrusted Viktor’s early development to transplanted Australian Jim McGowan, who has coached at the Drobak golf club, south of Oslo, for more than 20 years,

‘Viktor was an intellect as well as a golfer,’ McGowan tells Sportsmail. ‘He saw into the future of how golf would turn around and the impact technology would have.

‘He spent a lot of time studying swings. He was constantly watching videos of other players. He virtually knew more than I did as a coach!’

Hovland’s unparalleled work ethic and determination as an 11-year-old stood out to McGowan.

‘Viktor liked golf because he could practise by himself. He practised late into the evening in summer. His parents always waited hours in the car park while he was out playing. 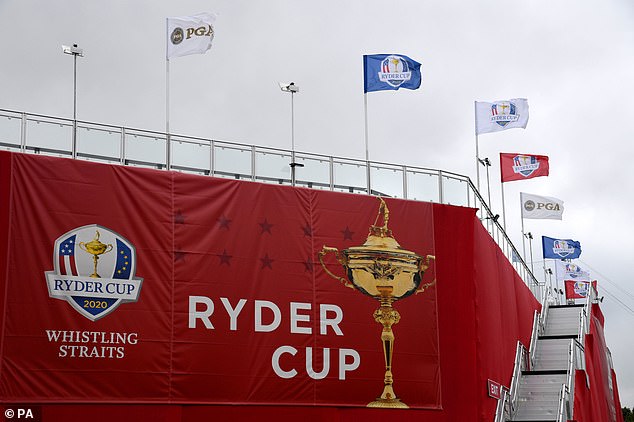 Europe are the defending champions in into the competition, having defeated America in 2018 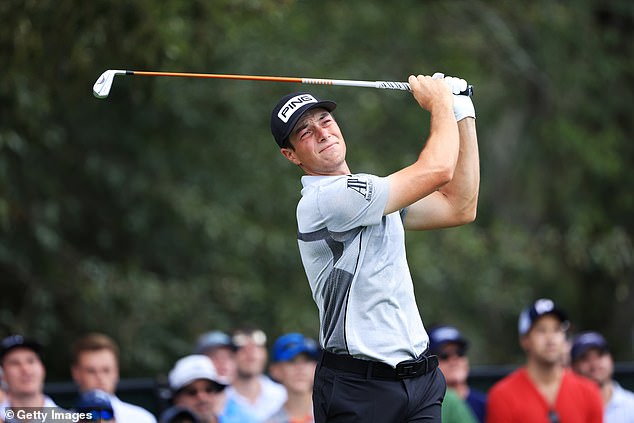 ‘He was driven to be the best. I have never seen anyone dedicate themselves the way Viktor did.’

After his exploits in the 2013 European team championship aged 13, Hovland caught the eye of Alan Bratton, head coach of Oklahoma State University.

‘I went to that to watch another Norwegian, Kristoffer Ventura, but I saw Viktor and really liked him,’ Bratton recalls. ‘He was the team’s fourth best player. I saw something special.’

Like McGowan, Bratton spoke of Hovland’s regular use of technology to set himself apart.

‘Viktor is incredibly knowledgeable of the golf swing,’ says Bratton. ‘Being in Norway he didn’t have the same opportunities as players in the States, so he spent lots of time online.

‘He sent videos of swings to different instructors and a lot was just for his own learning. I don’t think he will ever stop that pursuit of perfection.’ 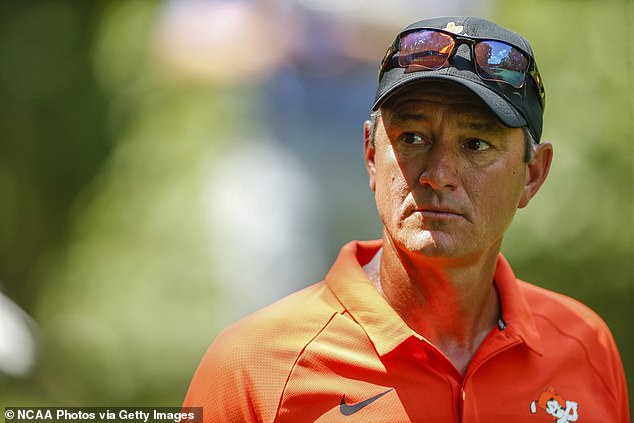 Bratton was struck by Hovland’s confidence after the Norwegian adopted a different swing in his first European tour event. ‘He played the first round pausing at the top of his swing. He had done it as a drill but never on a course. I remember he shot 68 and had a bogey-free round.

‘My phone blew up with people saying, “What’s Viktor doing with his back swing?” I called him and asked, “How long have you been doing that?” He said, “Since this morning”.

‘That was a big deal. His first European tour event and he wasn’t afraid to try something completely new.’

Bratton also recalls his daring approach to the 2019 US Open.

‘Viktor changed half his irons to clubs he had never used before. The day before the tournament he asked golf manufacturer Ping to bring him a different driver. I was fuming they brought it. I said, “You dumbasses, he may actually use this tomorrow”.

‘Sure enough he hit five balls with the new driver and said, “That’s the one”. So his driver at the US Open, he had never hit on a course before. 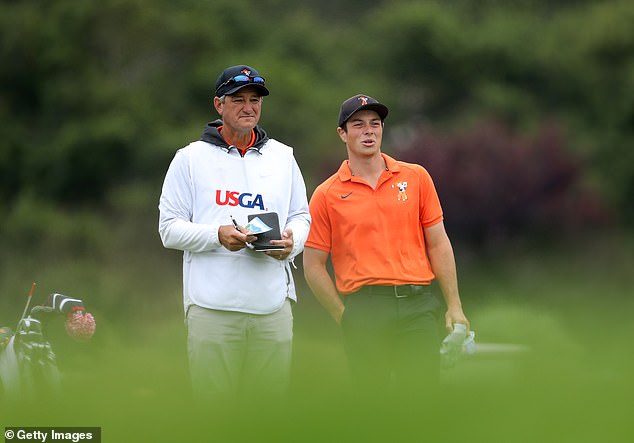 Bratton was struck by Hovland’s confidence after he adopted a different swing in his first European tour event. Bratton also recalled his daring approach to the 2019 US Open 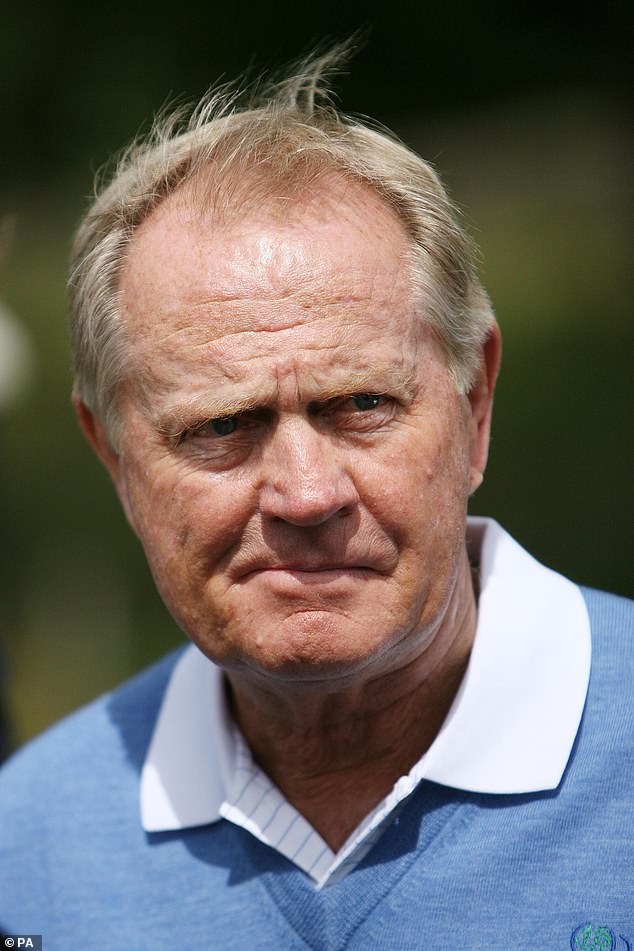 Hovland finished tied 12th on his US Open debut, with his 4-under total of 280 at Pebble Beach breaking Jack Nicklaus’ (above) US Open scoring total for an amateur of 282 in 1960

‘Most professionals wouldn’t dare do that. That’s the belief he has. He went on to lead the field in driving and gained eight strokes on the field.’

Hovland finished tied 12th on his US Open debut and last event as an amateur, with his four-under total of 280 at Pebble Beach breaking Jack Nicklaus’ US Open scoring total for an amateur of 282 in 1960.

He then enjoyed an impressive start on the PGA Tour, becoming the first Norwegian to win a PGA event at the Puerto Rico Open in February 2020, before a second PGA Tour win and a maiden European Tour victory last June.

He will face a different pressure at the Ryder Cup this week, though McGowan said: ‘He will thrive under the pressure. The bigger the occasion, the better he will play.

‘It’s been the goal his whole life to win the Ryder Cup. I will sacrifice a bit of patriotism to support Viktor. I couldn’t be more proud of him.’