A young mum said she considers herself and her toddler very lucky after her car was targeted by reckless rock throwers in broad daylight.

Lauren Mangelsdorf was driving home from work on the Southern Expressway in South Australia with her two-year-old son in the car on Thursday when rocks were thrown at her car from an overpass.

A rock ricocheted off her bonnet sand smashed into her windscreen while she was travelling 100km/h.

While she and her son were uninjured, she said was shaken by the frightening ordeal.

‘I went through all the what ifs – what if it had have hit my windscreen?’ Ms Mangelsdorf told 7 News.

‘What if I had’ve swerved my vehicle? What if it’d come through the side where my son was sitting? It could have been much worse. It’s not just fun and games. It’s serious – someone will be seriously injured.’

Three teenage boys, one just 14, were arrested and charged with throwing rocks and bottles at cars on the Southern Expressway in March.

Fed up locals say it’s only a matter of time before someone is killed.

‘Money is spent to put up two distracting billboards on the majors rd overpass and both get a large fence behind them to protect them, yet they don’t spend money to put fencing on all overpasses to ensure drivers are safe from these morons,’one man posted on 7 News Adelaide’s Facebook page. 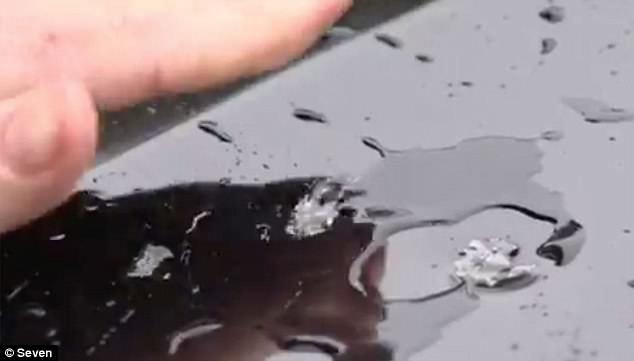 Another added:  ‘Why can’t they just put up fences on all the overpasses, like every other city in Australia have.’

They include mesh fencing on the freeway overpass and CCTV. 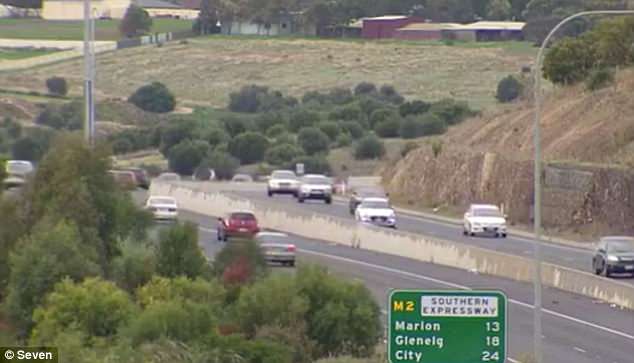 The incident occured on the Southern Expressway (pictured), which is often targeted by rock throwers