Sacha Baron Cohen is coming clean and taking the blame for the failure of Pamela Anderson’s short-lived marriage to Kid Rock.

The British comedian and actor has confirmed longstanding rumors that it was the Baywatch beauty’s role in his 2006 film Borat that put the nail in the coffin of her relationship with the musician.

Baron Cohen, 47, told The Daily Beast’s Matt Wilstein the split came after Kid Rock attended a screening of his movie in which Borat comes up to Anderson at a book signing and tries to get her into a ‘traditional marriage sack’ and take her back to Kazakhstan. 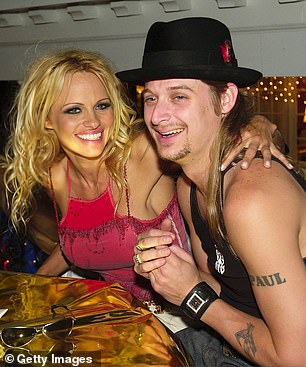 My fault: Sacha Baron Cohen has taken the blame for the failure of Pamela Anderson’s short-lived marriage to Kid Rock. He says the couple split after Kid Rock watched his film Borat

After seeing Borat at a private screening, Kid Rock apparently launched into an angry tirade against the blonde actress and pinup allegedly calling her ‘a whore’ and ‘a slut’.

Baron Cohen said that he had texted Anderson after the screening and asked what her husband had thought of the film and her cameo in it.

‘She texted back, ‘He’s getting divorced,” the Golden Globe winner explained.

‘I was like, ‘why?’ And she goes, ‘The movie.’ And I thought it was a joke, but then a few weeks later they got divorced and they put as a reason for divorce, Borat,’ he said. 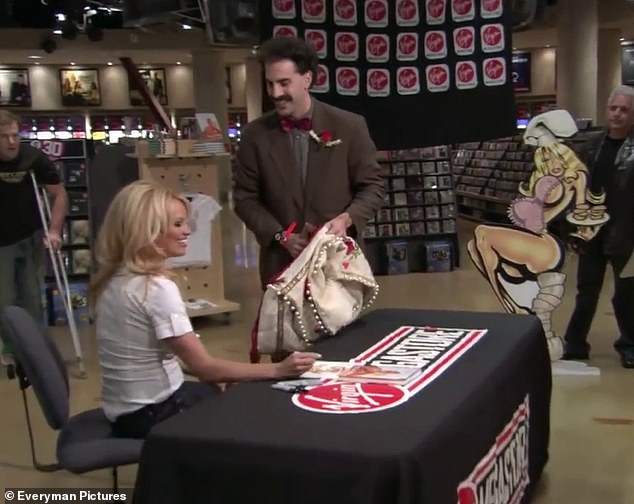 Caught on camera: In the 2006 movie, Baron Cohen played Kazakh TV personality Borat who is in love with the Baywatch star, and he approaches her while she’s doing a book signing 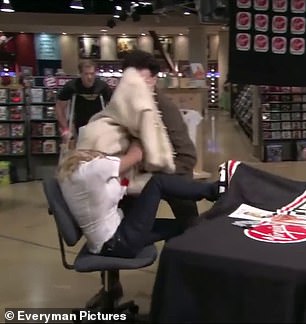 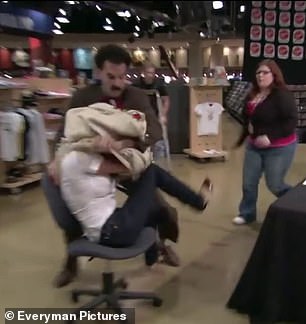 Planned: Borat tried to get Anderson into a ‘traditional marriage sack’ to take her back to Kazakhstan. He confirmed she was in on the gag, ‘Otherwise it would have been kidnapping’

Anderson and Kid Rock tied the knot on a yacht moored of Saint-Tropez in the South of France on July 29, 2006.

She filed for divorce on November 27, two weeks after Borat was released in theatres.

Baron Cohen also confirmed that Anderson had been in on the gag and that when he approached her at the book signing, she knew he was an actor playing a role.

‘Otherwise it would have been kidnapping,’ he joked.

In the film, that earned an Oscar nomination for best adapted screenplay, Baron Cohen starred as a TV personality from Kazakhstan who travels to the USA to report on what makes America great. 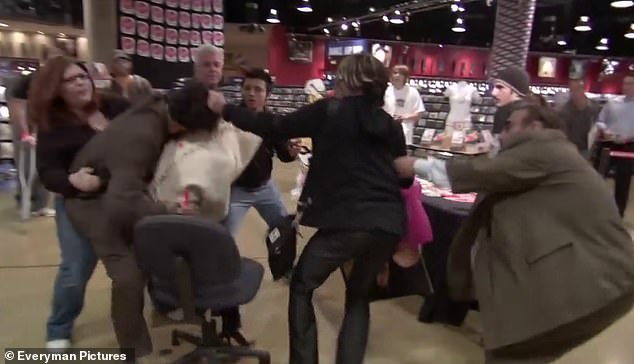 Taking the blame: Baron Cohen mused: ‘She lost two things. One, she lost a tiny bit of bone from her jaw. And secondly, she lost a husband’

*Hot on the heels of the divorce, Pamela got engaged to model Marcus Schenkenberg. However, they split shortly after in 2001

*In 2007, Pamela married poker player Rick Salomon. Their marriage was annulled in 2008

*In 2014, Pamela and Rick decided to give their marriage another shot. However, the union only lasted a year

*Pamela has been dating French professional footballer Adil Rami since 2017

Along the way, trailed by a documentary film crew, Borat falls in love with the Baywatch beauty and sets off on a mission to find her and marry her.

‘We did that scene twice, actually,’ Baron Cohen said of the ‘marriage sack’ scene.

‘The first time we did it at a book signing and I grabbed her over my shoulder and ran out with her and no one did anything. I was like, what kind of fans are these?’

He said that during the second time they tried it, the people around them did in fact come after them and in the melee, Anderson accidentally ‘clipped her jaw.’

Baron Cohen mused: ‘She lost two things. One, she lost a tiny bit of bone from her jaw. And secondly, she lost a husband.’

The filmmaker is currently doing publicity for his Showtime series Who Is America? ahead of the Emmy nominations being announced. 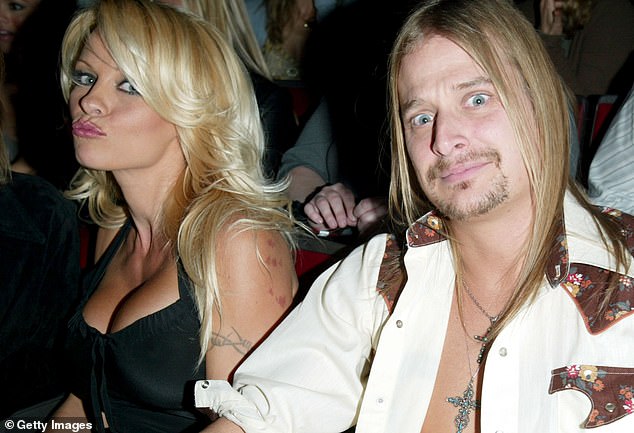 Splitsville: Anderson and Kid Rock tied the knot on a yacht moored off Saint-Tropez on July 29, 2006. She filed for divorce on November 27, two weeks after Borat was released in theatres 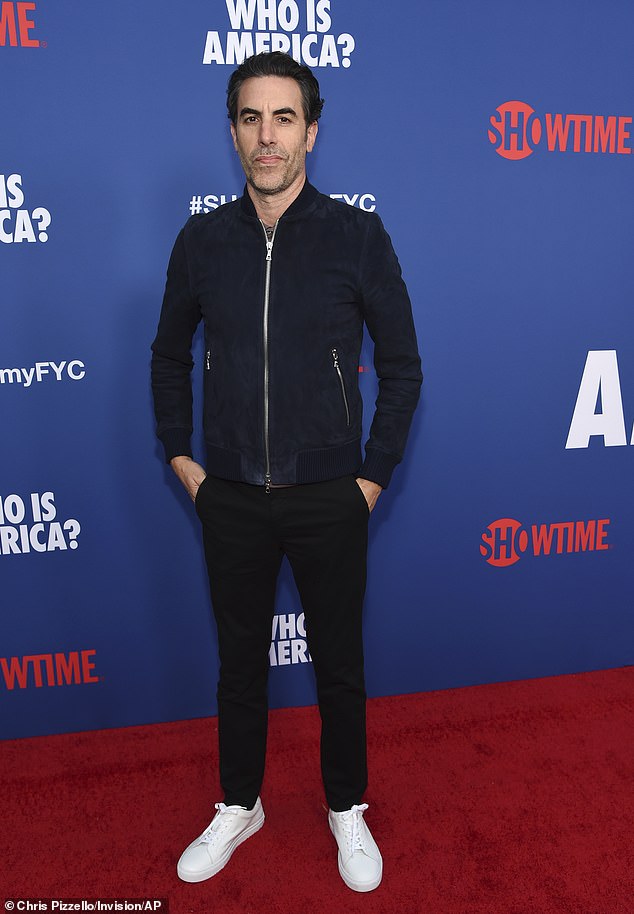 Making headlines: Baron Cohen is currently doing publicity for his Showtime series Who Is America? ahead of the Emmy nominations being announced