Sacha Baron Cohen has revealed that Dr. Ben Carson narrowly escaped being an unwitting target on his controversial prank show, all thanks to a suspicious White House staffer.

Cohen told Deadline that the Secretary of Housing and Urban Development was literally in the room with him when the unnamed White House press staffer suddenly pulled the plug on the interview.

Cohen said that he had been living in Washington, DC, completely undercover and in disguise for three weeks while filming segments for the Showtime political satire series when Carson agreed to sit down for an interview. 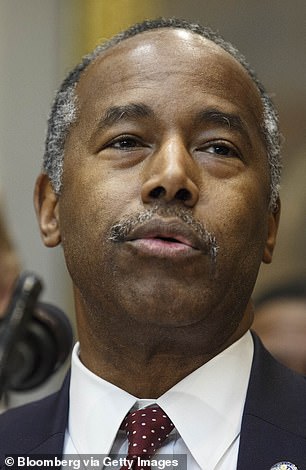 Sacha Baron Cohen (left) revealed that a White House press staffer was responsible for pulling the plug on his planned Ben Carson interview for prank satire series, Who Is America?

The Ali G star said that they arranged for the Carson interview to take place in a room at the capital’s Mandarin Oriental hotel.

‘We get to the Mandarin Oriental and there are Secret Service everywhere,’ Cohen recalled.

Cohen said that he had to consult with the show’s lawyer to figure out what to do given all the Secret Service agents on the site, particularly those accompanying Carson.

Cohen had decided that he would be interviewing Carson while pretending to be his Finnish YouTube unboxing star character, OMGWhizzBoyOMG, which meant having to create and use a fake ID to keep up appearances. 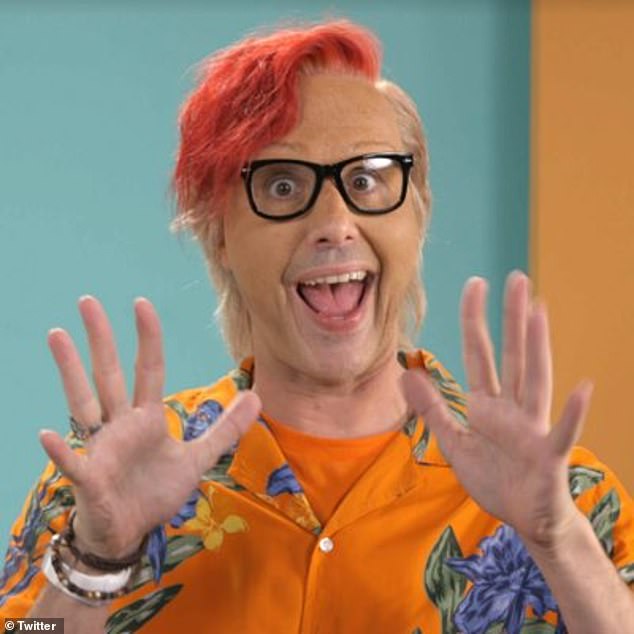 Cohen said he planned to interview Carson as his Finnish YouTube unboxing star character, OMGWhizzBoyOMG (shown), and made it past Secret Service while in character 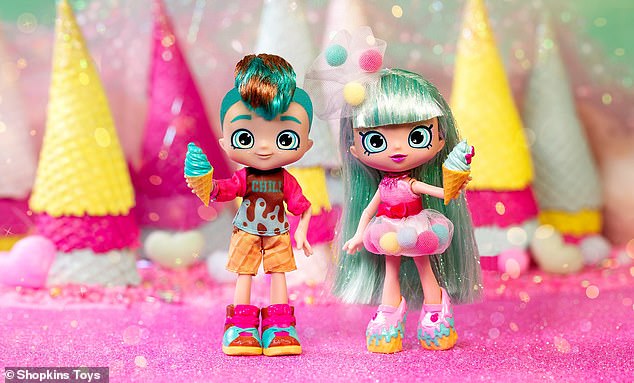 Cohen said it was his batch of Shopkins toys that foiled his Carson interview plans, as the White House press staffer saw them and got suspicious before pulling Carson from the room

But, as Cohen’s lawyer pointed out, Cohen couldn’t hand over the fake ID to Secret Service if they asked for his ID since, ‘they’ll arrest you and you’ll probably go to jail.’

So, Cohen said, ‘we came up with a solution, which was, if my ID fell on the floor and they picked it up and they made the assumption that this fake ID was real, then I hadn’t actually misled the Secret Service.’

Apparently the schtick worked because Cohen said he managed to get past Carson’s Secret Service detail and into the second hotel room where the camera was, all while carrying a load of Shopkins toys.

But, it turned out that Cohen should’ve been more concerned about the toys than his fake ID, as the collectible figures were what wound up thwarting his Carson interview.

‘So I go into the room…and the White House press representative was there,’ Cohen told Deadline. ‘He says, “what are those?” I say, these are Shopkins. He says, “I know what they are, but why are there Shopkins here?” I go, it’s because that’s what I do, I unbox Shopkins.’

At that point, Cohen said he could see Carson ‘literally walking in front of the camera’ and ‘just about to enter frame.’

Just at that moment, though, Cohen said, ‘this guy from the White House had an instinct and he said, “Pull him.” And suddenly the Secret Service pulled him out. So the most I got to see was Ben Carson’s leg.’

While Carson wound up being the one that got away, several other prominent political figures, both national and local, weren’t so lucky. 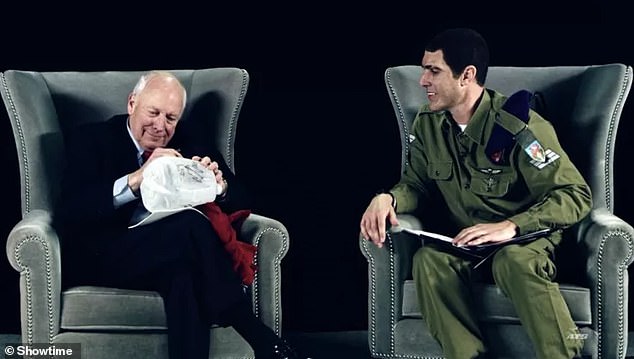 While Carson’s representative saved him from the prank show, others, including former Vice President Dick Cheney (shown with Cohen, in character) weren’t so lucky 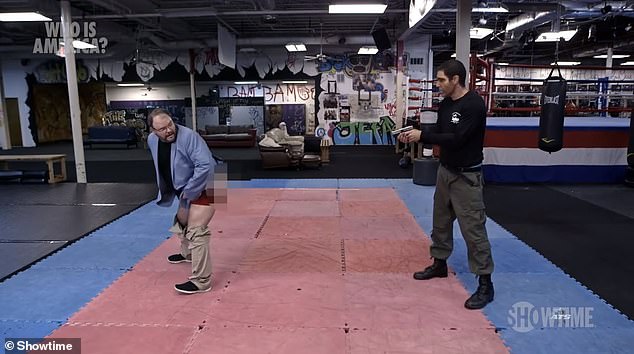 One-time Democratic presidential candidate Sen. Bernie Sanders’ staff ‘had been suspicious from day one,’ Cohen said, but not suspicious enough to put the kibosh on the interview, which landed Sanders in the series premiere episode, talking about universal health care and income inequality with Cohen in disguise as a right-wing conspiracy theorist.

Former Vice President Dick Cheney got pranked in episode two, in which Cohen, as an Israeli anti-terrorism expert, engaged him in discussions about waterboarding and even got Cheney to sign a ‘waterboarding kit,’ aka a plastic water jug.

Also in episode two, was a Georgia Rep. Jason Spencer, a Republican, who Cohen, playing the same Israeli anti-terrorism character, convinced to drop his pants, use the ‘N-word’ and engage in other racist actions on camera, as methods for repelling terrorists.