Liverpool’s Fab Four became the Three Musketeers in January when Philippe Coutinho left for Barcelona. Yet they remain on course for Champions League glory, with Sadio Mane putting their success down to playing together like friends.

It was noticeable in their 5-2 semi-final first-leg win against Roma that Roberto Firmino took as much pleasure in his two assists for Mohamed Salah as scoring twice himself. After Salah had scored his goals, he was happy to set up Mane and Firmino for more.

According to Mane, that lack of selfishness is a major reason behind the incredible success of Jurgen Klopp’s front three, who have scored 30 of Liverpool’s 44 European goals this season.

Mohamed Salah, Roberto Firmino and Sadio Mane have been on fire in Europe for Liverpool 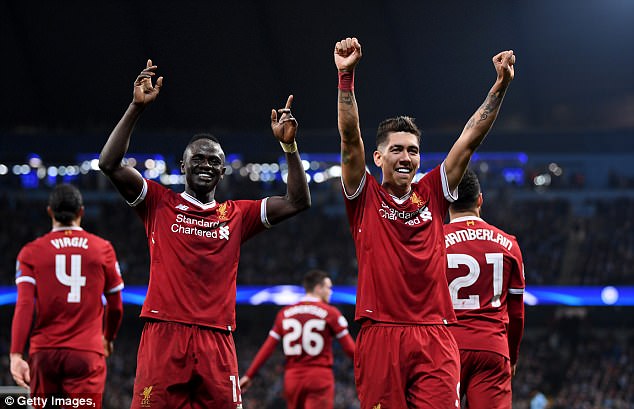 ‘I love to play alongside these great players. We understand each other, try to move for each other. Honestly, it’s fun,’ says Mane ahead of the Champions League second leg in Rome on Wednesday.

‘Out on the pitch we are friends, not just team-mates. Our big secret is to love to give each other assists and that’s what we try to do. You can see on the pitch I always want to give (the ball) to Mo, Mo always wants to give it to me as well. I think this makes us a better team. I think that ego has never helped any club, any team, to go forward.

‘We are serious when we need to be but I think you always have to enjoy. Football is our job and we love to do it.’

As for Salah, who is grabbing most of the headlines as he closes in on Ian Rush’s Liverpool record of 47 goals in a season, there isn’t even a hint of jealousy from Mane.

‘For me, it is something incredible,’ says the Senegal forward smiling. ‘Mo is always like this, even in training, it is normal for us. We try to help him score more goals, it is better for us!’ 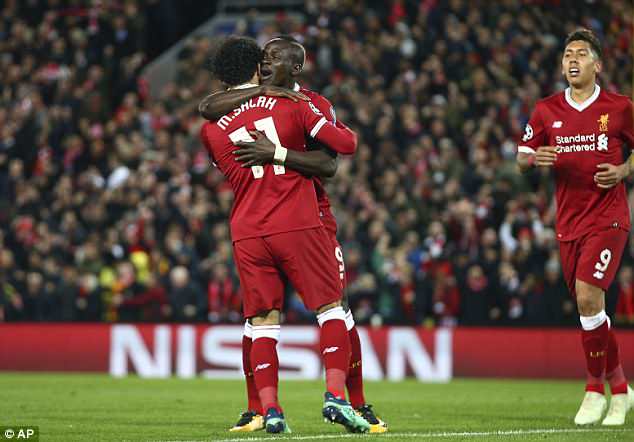 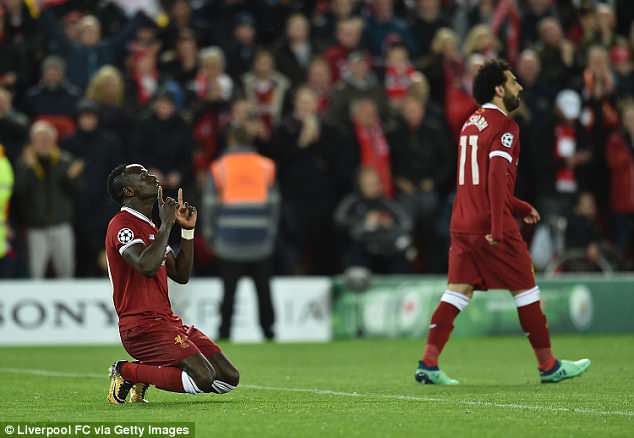 Roma was Salah’s club last season but their players still didn’t have a clue how to stop him on Tuesday.

Even so, Mane will hope to have his own shooting boots on on Wednesday, having missed two good chances in the first half of the first leg before getting on the scoresheet later on.

‘It is important to be more clinical in front of the goal,’ he acknowledges. ‘It wasn’t the case in the first half on Tuesday, but I still believed that I could score.’

Roma’s two late goals cut Liverpool’s advantage at Anfield, which was 5-0 at one stage. Given the Italians beat Barcelona 3-0 in the quarter-finals, it keeps the tie open, with either Real Madrid or Bayern Munich lying in wait in the final.

‘It would have been better to keep a clean sheet but part of football is accepting and being ready for the next game as if nothing had happened,’ says Mane. ‘Their stadium is very passionate but I think Anfield is number one in the world so I don’t think any other stadiums will impress us. We are going to respect them and try to play as usual, and give our best.’ 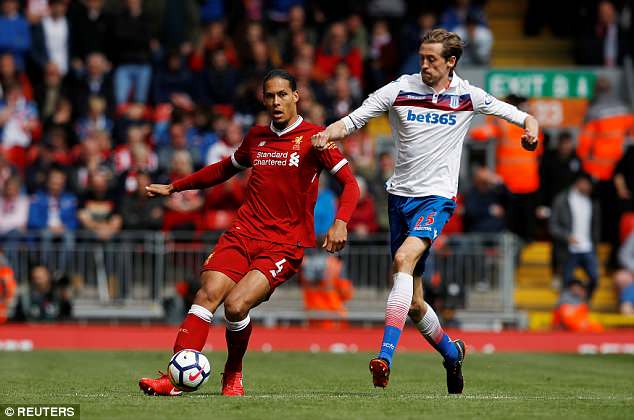 Liverpool will be buoyed by beating Manchester City away in the quarter-finals and having the commanding figure of Virgil van Dijk at the back will be reassuring given the amount of pressure that Roma are likely to try and impose.

‘I think you can say that since he came, it has gone better defensively,’ says Van Dijk’s Dutch team-mate Georginio Wijnaldum, who is set to replace the injured Alex Oxlade-Chamberlain. Liverpool paid £75million for Van Dijk in January and Wijnaldum said: ‘I thought he was the right player. A lot of people were not sure at that price but Virgil has shown up to now that he is a good player and helped us.

‘Virgil is a person that speaks a lot and he tries to help defenders by talking to them. That’s good because he is a leader and helps the defensive line and also the midfielders.’

Liverpool have won the European Cup five times, a record for an English club, and have been in two more European finals since their last success in 2005. Mane and his pals are now on the verge of making more history in the Italian capital in front of 80,000 noisy fans. Friends, Romans, countrymen, lend me your ears.