Sadio Mane has admitted he would swap the Champions League win with Liverpool to claim AFCON glory with his beloved Senegal.

The prolific winger starred for Jurgen Klopp’s side as they capped off a brilliant season by lifting their sixth European title.

But the 27-year-old told Marca that his ‘big dream’ would be to win the Africa Cup of Nations.

‘I would swap the Champions League with Liverpool for an African Cup win with Senegal,’ he said.

‘Winning the competition with our country, who have never won, would be amazing. We’d have an extraordinary return home. It’s my big dream.

‘It’s in our hands,’ he added. It’s clear that we’re one of the favourites. 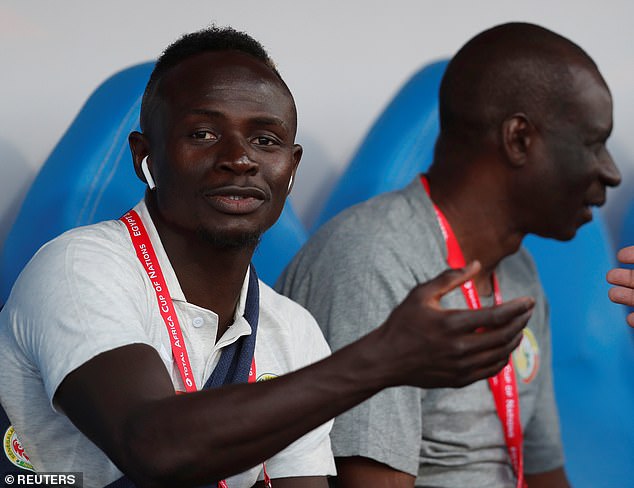 ‘We can’t deny it. It’s not just enough to get results, but we have to be at our best level in every match.’

Senegal won their opening group game of the tournament 2-0 against Tanzania on Sunday and Mane played no part as he was given more time to rest after the season’s exertions.

Keita Balde and Krepin Diatta were on the scoresheet and next up for Senegal is Algeria on Thursday before their final group clash with Kenya on July 1.