A sadistic killer who raped a teenage girl before murdering her fiancé has been released from jail despite being initially handed a life sentence.

Tameka Ridgeway and her husband-to-be, Dean Ally, then aged 17 and 22, were tortured in a 12-hour campaign of terror in February 1986.

As they slept, Jamie Curtis and a teen-aged accomplice, who can’t be named for legal reasons, broke into their Hobart home before brutally raping Ms Ridgeway for several hours.

‘They raped me multiple times, one after the other. It was so degrading. [They] tied Dean up and put him the bathroom, they bound his hands together. Just punched and kicked him and put boiling water on him in the shower,’ she told 60 Minutes.

The callous criminals then abducted the couple at knife point and drove them into dense bushland.

As Ms Ridgeway was ordered to get into the boot, she could hear her fiancé begging for his life as they stabbed him to death.

A farmer who owned the property on which the car was parked heard the commotion and rushed to rescue Ms Ridgeway, and Curtis and his accomplice were subsequently arrested.

The pair were charged and convicted of a series of crimes including murder, rape, indecent assault, burglary and abduction.

Curtis was sentenced to life behind bars but was given the chance to apply for a fixed jail term after new legislation was passed in 2002.

His prison term was shaved to a non-parole period of 30-years, making him eligible for parole in 2016. 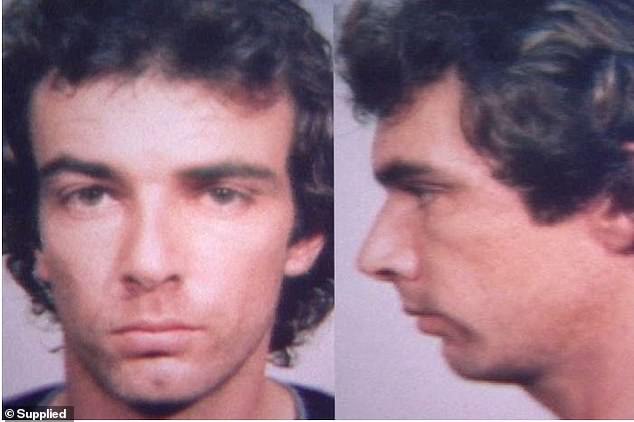 Curtis (pictured) and his accomplice, who cannot be named for legal reasons, were arrested and charged with murder, rape, indecent assault, burglary and abduction

Two years later, Curtis was released after he was deemed a changed man – despite the fact he was knocked back in a previous parole application after being found to have an incurable personality disorder with many psychopathic traits.

Now, Curtis is back living in the community under strict parole conditions and is living with his new girlfriend Sharon.

Reporter Tara Brown approached the convicted killer on a Tasmanian street on Sunday’s episode of 60 Minutes, where she asked: ‘Can you please reassure the community that you are safe?’

But Curtis told her to ‘f**k off’, ignored her question, and walked away.

When Ms Brown asked Sharon whether her partner could be trusted to be back in society, she said Curtis had already served time for his crimes.

‘And do you believe he is rehabilitated?’ Ms Brown asked. 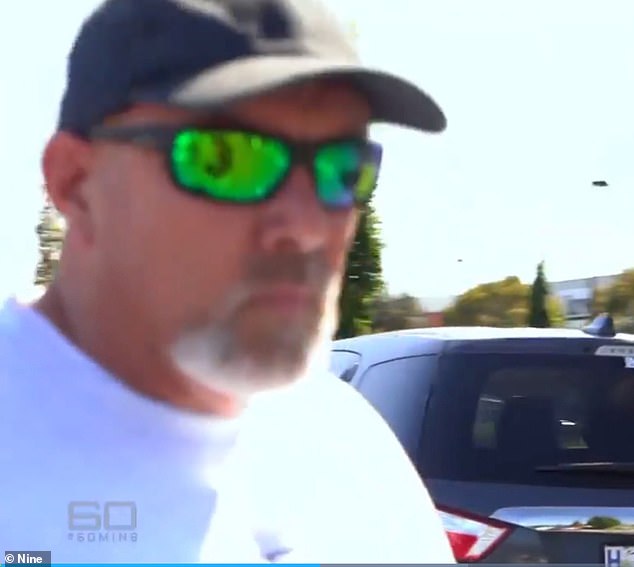 Curtis (pictured) was granted parole in 2018, but was sent back to jail weeks later after police issued a restraining order against him for Sharon – a breach of his parole conditions 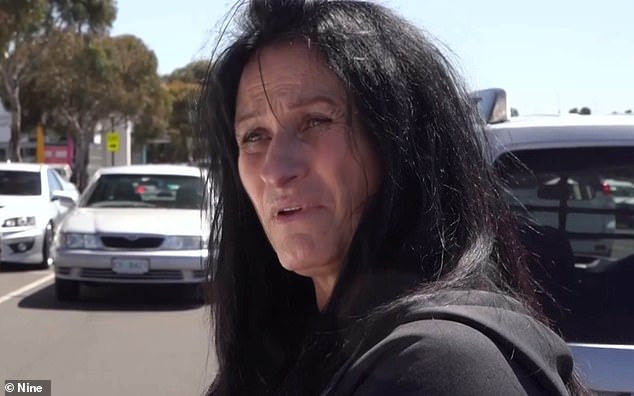 Curtis’ new girlfriend Sharon (pictured) defended his release, saying he had already ‘paid’ for his crimes

Shortly after leaving jail in 2018, Curtis met Sharon on a dating app, while using false names to conceal his identity.

A few weeks later, police issued a restraining order for Sharon against her new partner after her children claimed he had physically assaulted her.

Curtis was sent back to prison for breaching his parole conditions, before being released on January 27 this year.

He quickly picked things back up where they left off with Sharon, who denies that he ever assaulted her.

He is now subject to strict release conditions, which require him to be on parole for the rest of his life and forever wear an electronic monitoring device.

Ms Ridgeway, now 52, says Curtis has never showed any remorse and believes he should have never been allowed to walk free, especially after having already flouted his parole restrictions.

But lawyer Greg Barns, Chair of the Prisoners Advisory Legal Service in Tasmania, says parole boards make a calculated decision, based on balancing and managing risk.

He said while no system is perfect, and parole authorities do get it wrong, the majority of the time they do get things right. 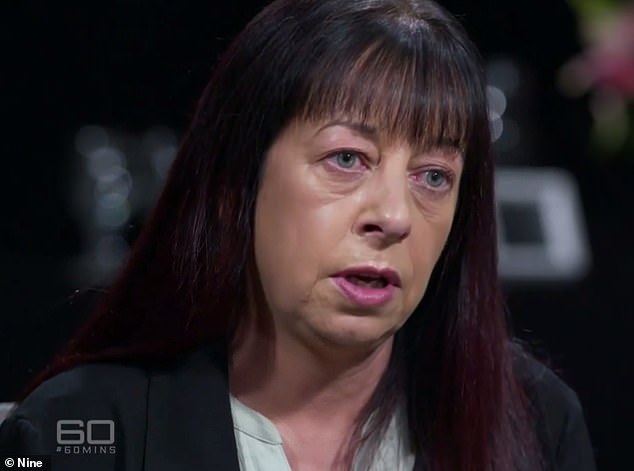 Ms Ridgeway, now 52, (pictured) says Curtis should have never been released for his crimes