She is a YouTube sensation who never fails to put on a stylish display.

And Saffon Barker nailed casual chic as she stepped out for a stroll in London on Thursday.

The Strictly star, 20,  wrapped up in a long navy blue quilted coat, worn over a chocolate brown sweater which hugged her midriff. 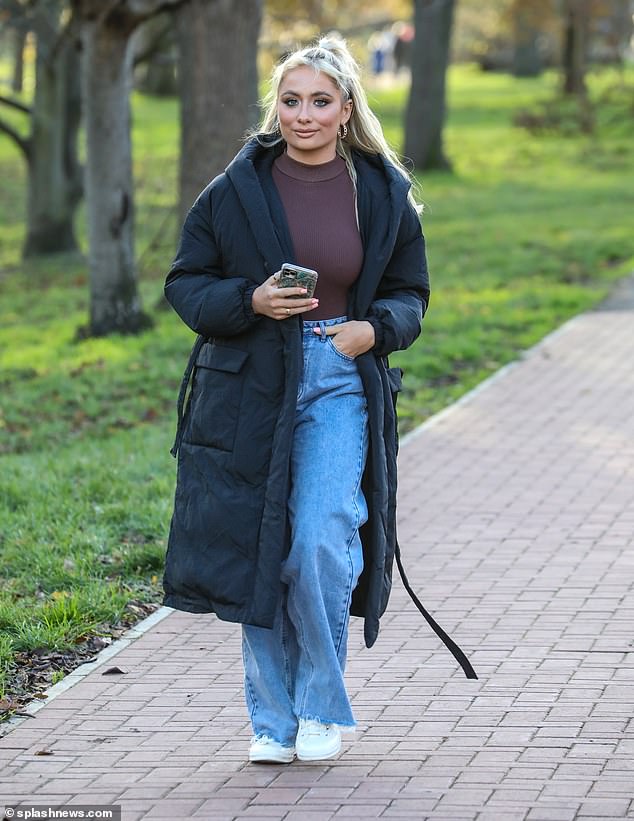 Chic: Saffon Barker nailed casual chic as she stepped out for a stroll in London on Thursday

She teamed this with high-waisted flared jeans and opted for trainers for comfort.

The beauty wore her blonde tresses in a high updo while sporting a rich palette of make-up.

Saffron looked delighted as she stepped out on her travels, while tapping away on her phone.

Saffron discussed being deaf in one ear and explained how she thinks people with hearing loss could be helped during the pandemic on BBC Morning Live. 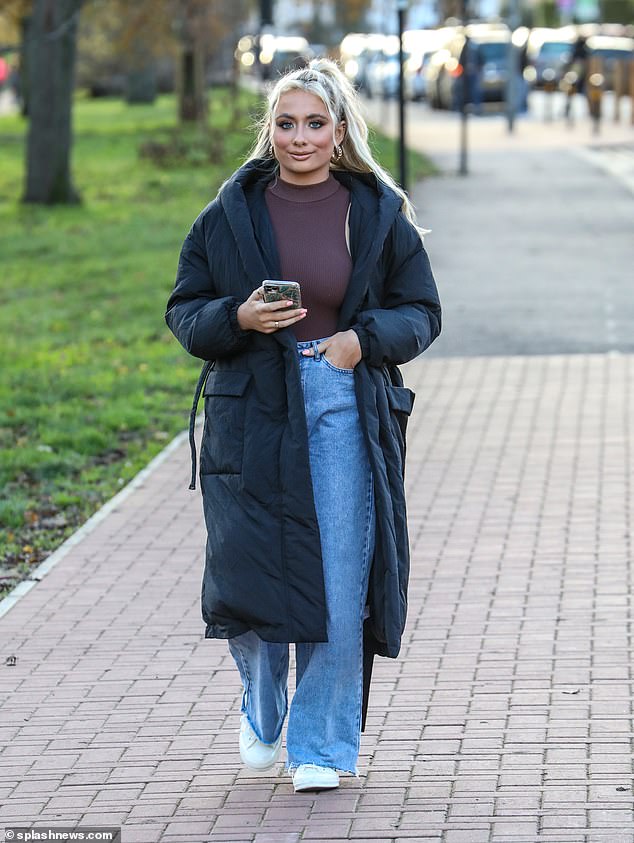 Outing: The Strictly star, 20, wrapped up in a long navy blue quilted coat, worn over a chocolate brown sweater which hugged her midriff

She said: ‘Well there’s actually something called transparent masks, which are amazing for people who are deaf. because obviously they rely on lip-reading.

The star continued: ‘The problem is they’re so hard to get hold of. I’m pretty sure if they were sold in supermarkets anyone would pick one up to help others out.

‘Even my granddad in the documentary we talk about it. He’s not deaf, but really hard of hearing. He’s someone who’s really struggling at the moment with the masks.’

Passionate about helping with communication in anyway she can, Saffron also did a few signs while on Strictly Come Dancing last year.

Last November she told MailOnline that she and dancing partner AJ Pritchard, who is currently in the I’m A Celebrity camp in Wales, had been asked to do so by a fan.

The pair ended up signing ‘hello’ to their fans in November and the week before – Halloween – they wished their fans a ‘Happy Halloween’.

Saffron said: ‘When I saw a message asking us to do it I knew we had to make it happen… I always want my fans to feel noticed, loved and included so this is just part of that, and I’m so happy AJ was up for it too.’ 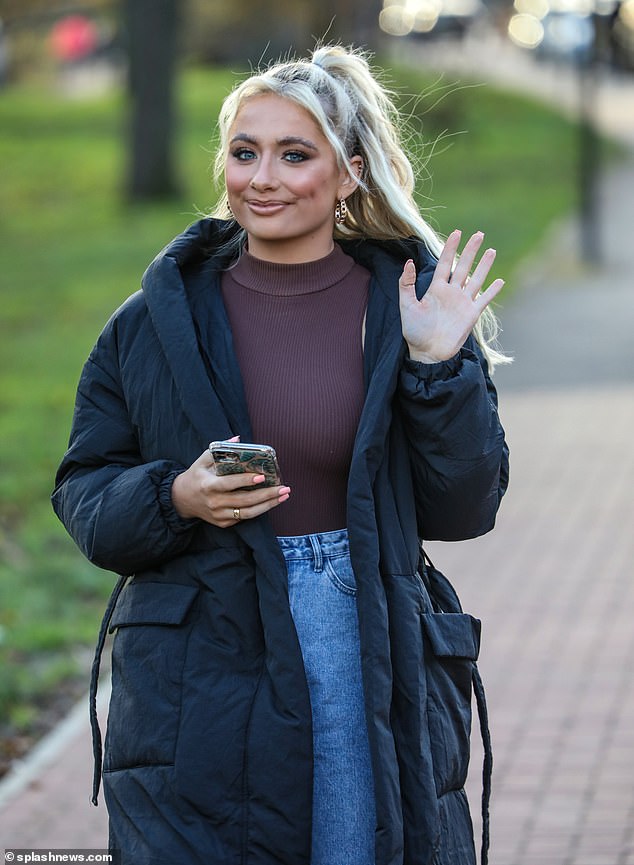 Wave: The beauty wore her blonde tresses in a high updo while sporting a rich palette of make-up

Saffron also recently discussed her hearing loss and how she got into vlogging in an interview with The Daily Mail.

She said: ‘I was born deaf in one ear and hard of hearing in the other. It was very isolating.

‘When I was younger, I had 13 operations on my ears. Being in hospital by myself was scary, but I have fond memories of how kind the nurses were to me. The NHS was amazing. But the experience meant I lacked self-confidence.

‘When, at 15, I decided to create my own YouTube channel, I was nervous. There were bullies at my school and I was worried I’d be teased. “Who does that Saffron think she is?” That kind of thing. 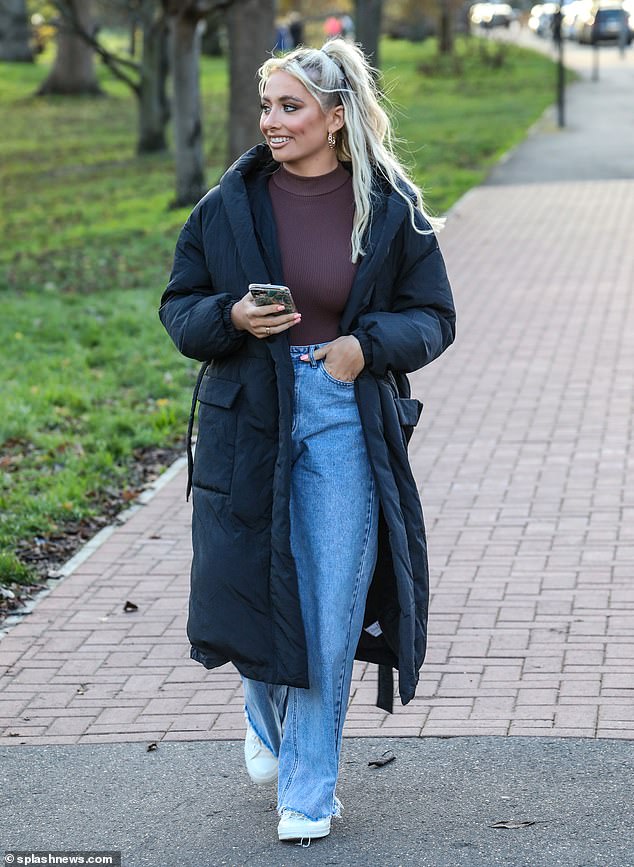 ‘Then I went on holiday with my family to Florida and, with their support, I took my courage in both hands. I started filming my life every single day and I tried to put to the back of my mind the fact that everyone would have an opinion about it.

‘You’ve got to make your own luck in life, haven’t you?,’ she said.

Saffron went mainstream when she landed a coveted role on Strictly Come Dancing last year, where she was paired with AJ Pritchard.

Since leaving the show she has launched a fashion collection with In The Style and also revealed to MailOnline how she found love in lockdown with Tyler Dixon. 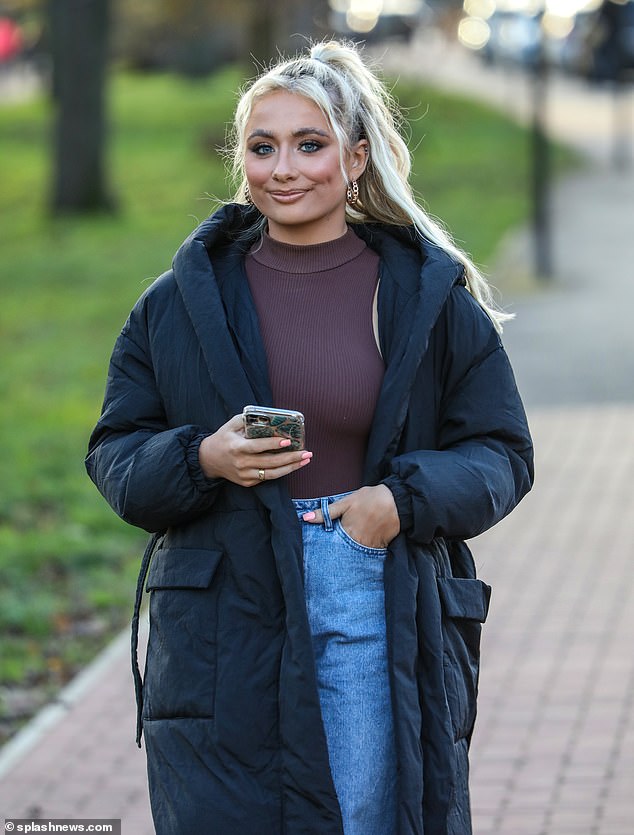 Radiant: The beauty showed off her flawless complexion as she stepped out