An enormous plume of dust from the Sahara Desert has reached the Caribbean Sea on Sunday after traveling more than 3,000 miles  as it edges closer to the American South.

The National Oceanic and Atmospheric Administration first announced the Saharan Air Layer, or SAL, on June 7 as it appeared in satellite images over Africa.

The colossal cloud of dust was formed by powerful winds lifting small sand and mineral particles off the surface of the Sahara Desert and into the air.

It most likely took shape in recent weeks when strong updrafts sent sandy surface winds blowing across the desert higher into the atmosphere.

A massive cloud of dust known as a Saharan Air Layer, or SAL, has reached the Caribbean Sea on Sunday after traveling more than 3,000 miles across the Atlantic Ocean from Africa 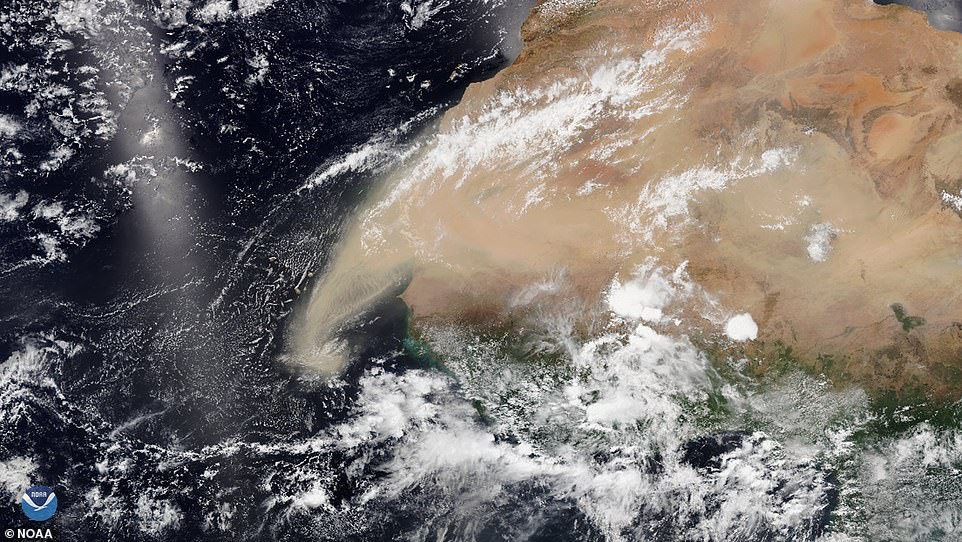 The phenomenon usually forms between late spring and early fall each year, during which time it will travel westwards over the Atlantic Ocean.

This most recent SAL has now traveled more than 3,000 miles across the Atlantic Ocean as it reached part of the Caribbean Sea. 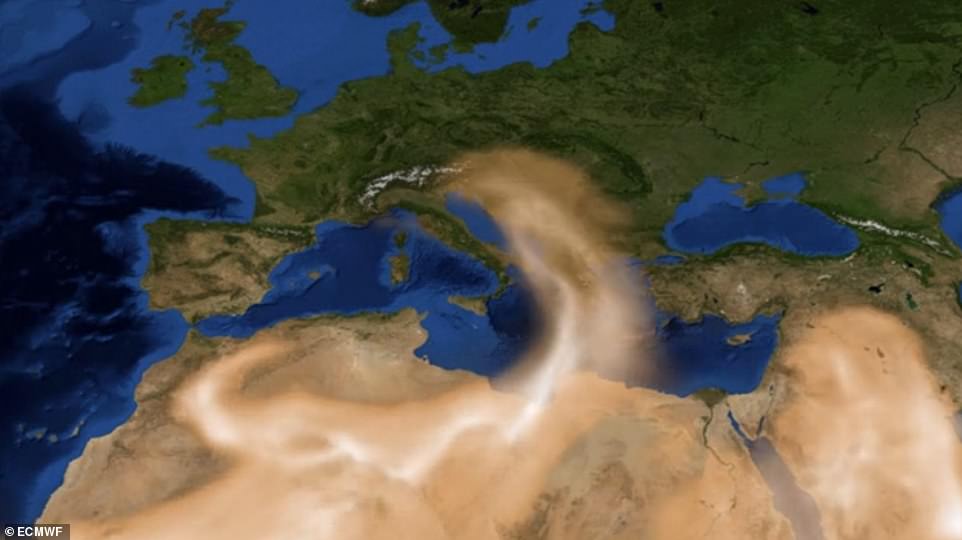 Saharan Air Layers, pictured here above Africa , are typically found between 5,000 and 20,000 feet above ground level

A new map from the NOAA shows the Saharan Air Layer inching closer to the US as it entered the Caribbean Sea on Sunday. The densest parts are still floating above the Atlantic Ocean while small pockets drift over nearby islands and prepare to enter Florida 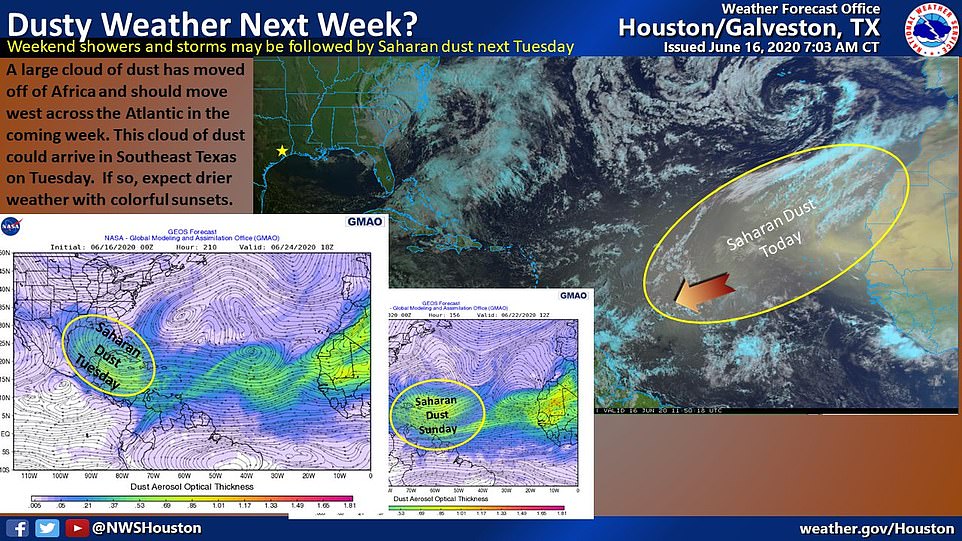 A photo shared by the National Hurricane Center shows areas of dense SAL crossing over into the Caribbean Sea as smaller pocket gearing towards Florida.

Small parts of the SAL can also been seen near Georgia, South Carolina and what appears to be the part of southern Mexico.

The agency added that a second plume formed in the Sahara Desert and has already reached the east side of the Atlantic.

Meteorologist predict that the SAL could reach other southern US states as early as Tuesday and bring along beautiful sunsets. 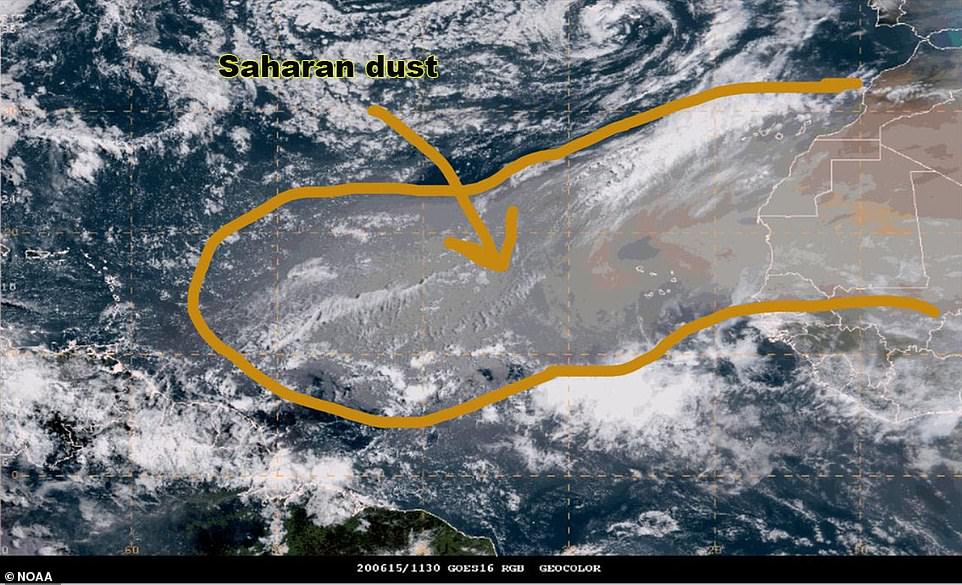 Saharan Air Layers are known for causing several ecological changes, including beautiful sunsets because of the orange hue of Saharan Desert sand

With its elevated status thousands of feet in the are, the SAL can cause gorgeous sunsets due to its elevation and the color of Saharan dust.

‘One unique aspect of the dust will be our sunsets being incredibly vivid,’ National Weather Service meteorologist Rick Davis told Tampa Bay Times.

‘Saharan dust is orange and red, so as the sun sets through the haze you’ll get bright, brilliant sunsets.’

He expects the SAL to reach Florida, Texas and Mexico before evaporating in the Pacific Ocean. 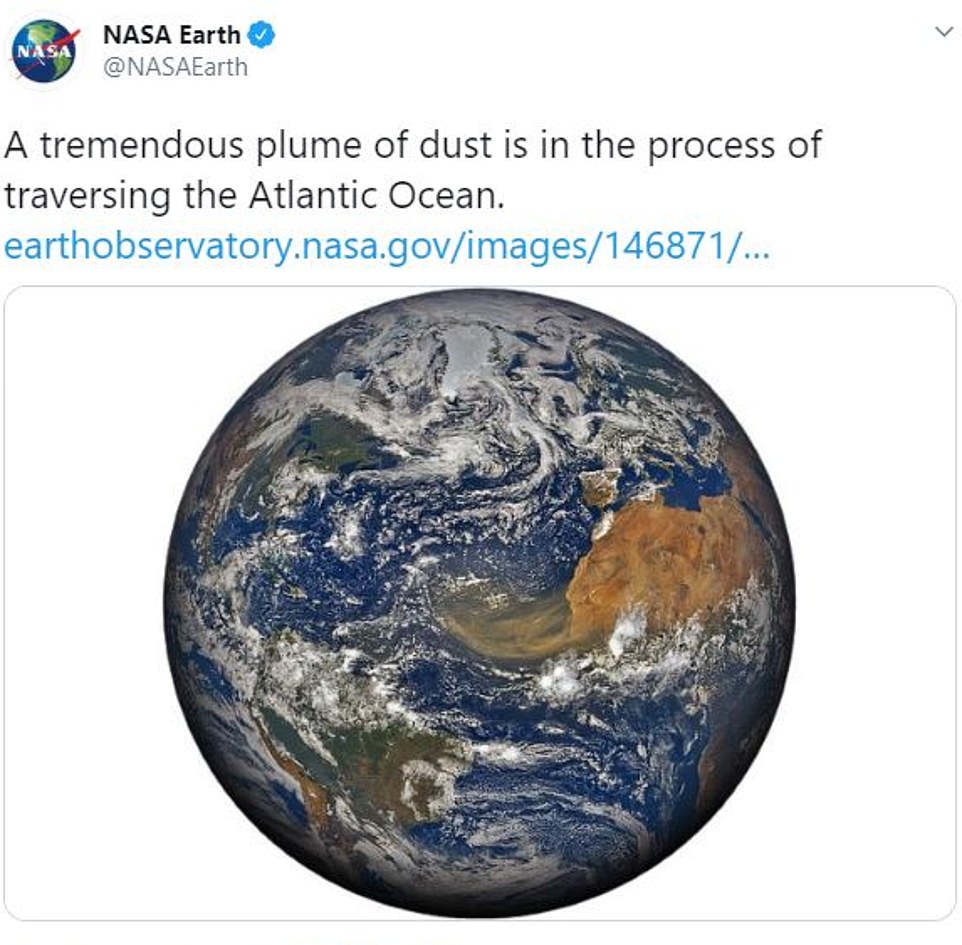 The dust cloud’s dry make-up  sucks the moisture from the air, meaning it can stop tropical cyclones and hurricanes from forming while it crosses over a region

Chad Myers: ‘It is the dry air and additional vertical wind shear along with the dust that are the driving factors in limiting tropical storm development’ with Saharan Air Layers

Although beautiful, the dust cloud can cause problems for those with respiratory issues.

In fact, the island of Lesser Antilles already reported air quality as ‘unhealthy’ on Sunday morning.

Experts said the larger than average plume also has a number of ecological and climate impacts.

The SAL can cause toxic algae to bloom in the Gulf of Mexico, but it is also considered crucial in fertilizing the Amazonian soil and sustain Caribbean beaches. 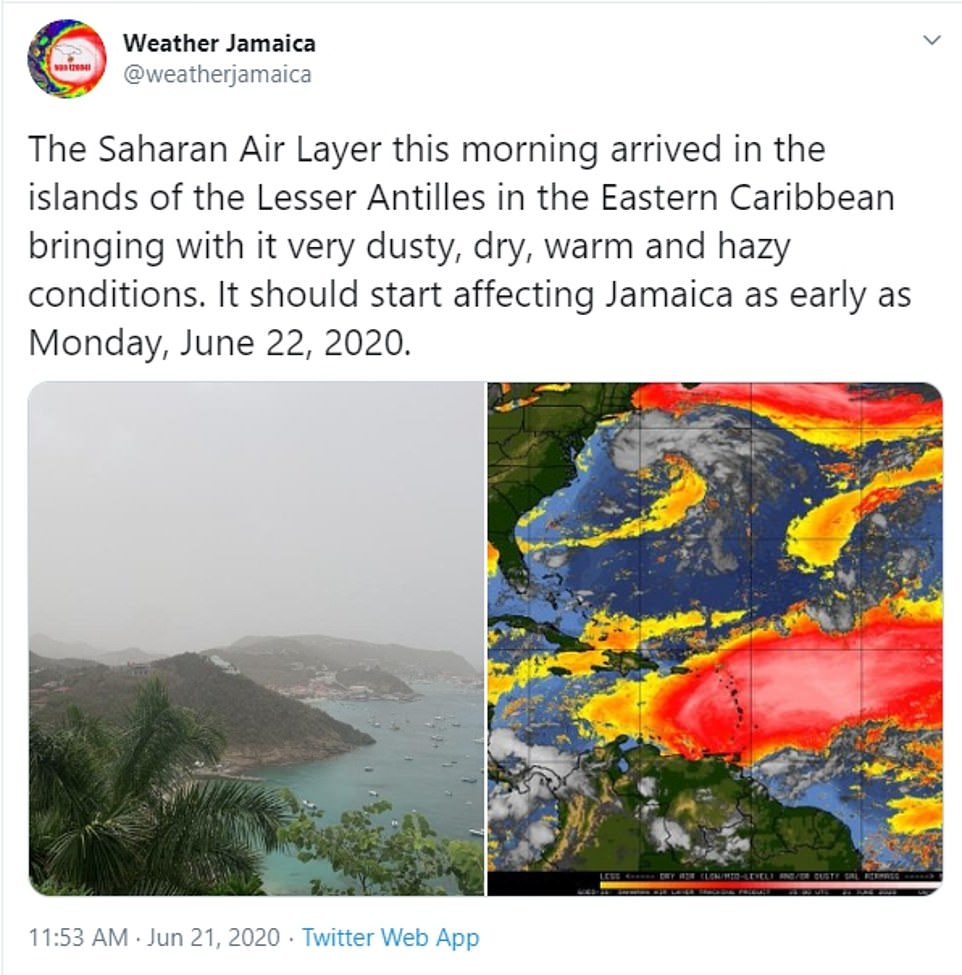 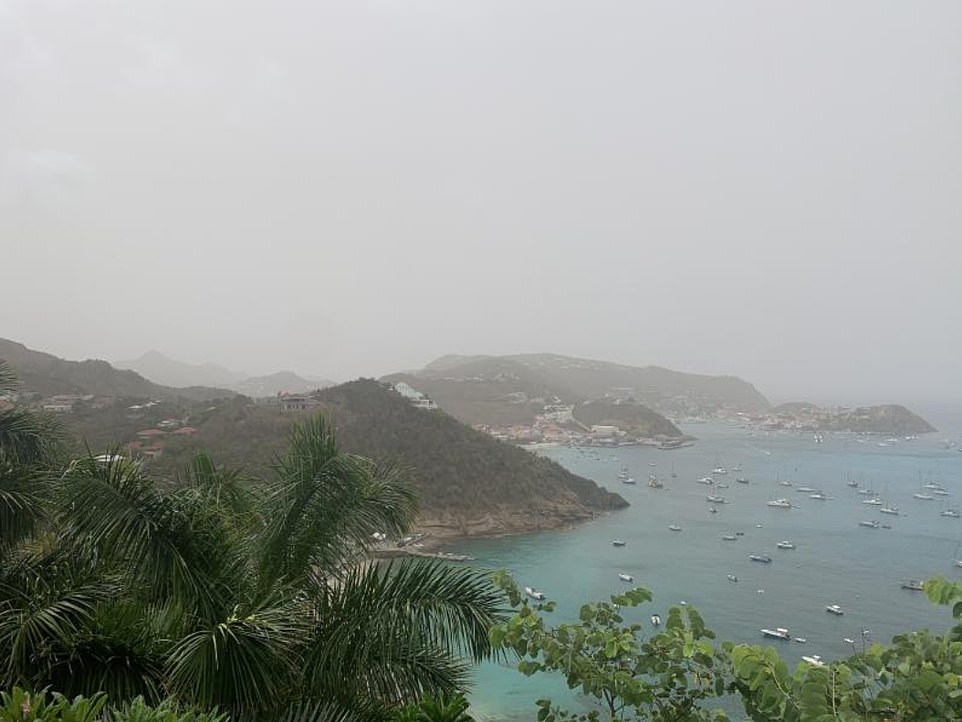 Pictured: Part of the Lesser Antilles region in the Caribbean Sea where the sky has become hazy with the Saharan Air Layer

The dust cloud’s dry make-up also sucks the moisture from the air, meaning it can stop tropical cyclones and hurricanes from forming amid this year’s Atlantic hurricane season.

As of Sunday, forecasts from the National Hurricane Center show no activity in the Atlantic Basin for the next week.

‘It is the dry air and additional vertical wind shear along with the dust that are the driving factors in limiting tropical storm development.’