Sailor rescued from reef in the Pacific with his family

A man stranded with his wife and two children on a shark-infested reef in the south Pacific had miraculously dodged a watery grave before, in the Bermuda Triangle, it can be revealed.

Bobby Cooper, 51, wife Cheryl, and children Lauren, 13, and Robbie, ten, were on a dream two-year voyage round the globe when they were shipwrecked 200 miles from the nearest inhabited island in the early hours of Monday. Only by chance was a boat near enough to save them.

But while Mr Cooper last night talked about the ordeal of facing being shipwrecked in the dead of night with his wife and children, it can be revealed that he is a survivor of the infamous Marques disaster that left 19 drowned in 1984.

Bobby Cooper, 51, wife Cheryl, and children Lauren, 13, and Robbie, ten, were on a dream two-year voyage round the globe when they were shipwrecked 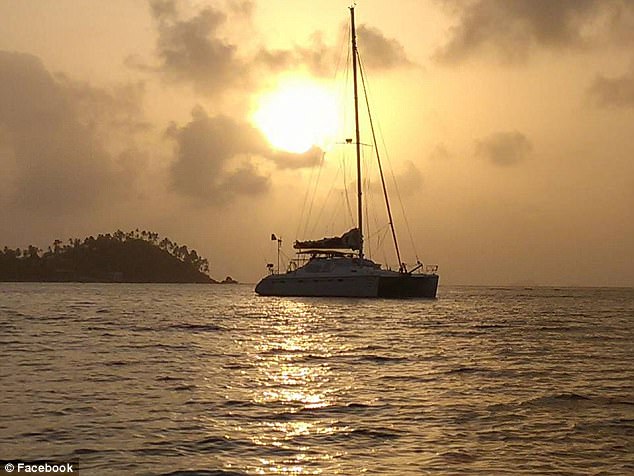 The 88ft square rigged Marques – which appeared in hit TV sailing drama The Onedin Line, as well doubling for Charles Darwin’s ship The Beagle in another series – was taking part in the Tall Ships race in the Caribbean when it ran into a terrible storm, and ‘nosedived like a submarine’ to the bottom.

Four Britons were among the dead – but among the nine survivors was Mr Cooper, then just 18. The Daily Mail reported at the time that he told how he ‘was ducked under heaving seas after the three-masted vessel went down in less than 45 seconds, but survived because the air in his oilskin kept him buoyant’.

After being taken to Bermuda, he phoned his parents in Stirling, Scotland, to say ‘how lucky I am to be alive’, while ‘heartbroken that so many chums have gone’.

Yesterday Mr Cooper was making another relived phone call, this time on a satellite phone from the south Pacific to tell how his family’s 50ft catamaran the Avanati was thrown by 40mph winds and high seas on to remote and barely charted Beveridge Reef, almost 200 miles from the island of Niue.

Mr Cooper said: ‘The reef didn’t appear on our plotter, I’m afraid. It came as a complete surprise 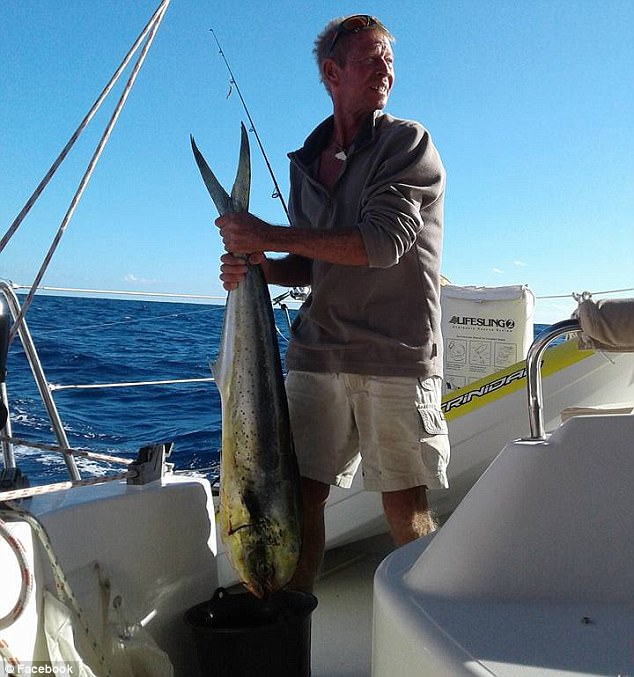 ‘It was fairly interesting. We surfed onto the reef. Bit of a navigation error. It was very violent and we grounded.

‘We were then being hit by subsequent waves as they came over us, breaking over our stern.

‘We got the kids up. We put them to the task of collecting whatever things they required and we assessed our situation.’

Speaking to the Times, Mr Cooper, a veteran ocean sailor who once captained a ship for Hollywood film star Errol Flynn, continued: ‘We realised the boat was not sinking and that the best place to be was on board. We sat it out until the waves pushed us far enough onto the reef to be away from the breakers.’

They then set off a distress beacon, fearing help would be days’ sailing away – but after their call was picked up in New Zealand 1,500 miles to the south, it alerted a whale research ship, the Dona Catharina, which by chance was sheltering from the same high seas just a couple of miles away within the safety of the lagoon formed by the Beveridge Reef.

Mr Cooper went on: ‘They turned on their deck lights and we could see them, we communicated with them.

‘If they hadn’t been there, we’d be sitting in a life raft right now, trying to keep warm and dry.’ 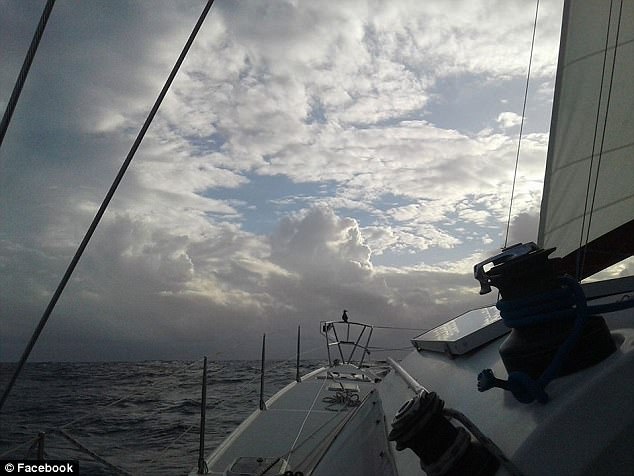 A JustGiving page helping raise funds for the Coopers online has already raised some £19,000

As it is the family are still in the lagoon with the Dona Catharina’s seven crew, waiting for the weather to improve so they can sail on to Niue. The catamaran has been hauled off the reef and anchored inside the lagoon.

Mrs Cooper’s mother Karen Kerr, 60, of Doncaster, meanwhile, said her 37-year-old daughter had called to speak of her relief.

Mrs Kerr, who works in health and social care and had joined the family in the British Virgin Islands earlier in their planned two year circumnavigation of the globe, said: ‘I had a brief call from Cheryl in the early hours this morning, just to confirm that they’re safe and being looked after.

‘They’re very grateful for being alive.

‘They wanted the family to have an adventure. But the boat was their home, after they sold their house to buy it.

‘The seas were high and the swell was bad, it was dark.

‘The children were told to grab what they could while their parents dealt with the May Day calls and bailing out. Cheryl said the worst part of the ordeal was trying to contact people in the middle of the night, with us in England on the other side of the world.

‘They thought they were the only boat for many miles around.’

Mrs Kerr went on: ‘Bobby and Cheryl took their kids out of school, sold their house and set off on their journey in April 2016.

‘They went around the Caribbean, through the Panama Canal, and into the Pacific.

‘When they hit the reef on Monday they were on their way to New Zealand, where they were going to stay for a couple of months before deciding where to go next.’

Mrs Kerr said her son-in-law, originally from Scotland, had eventually settled in Palma, Mallorca. It was there that her daughter met him in a boatyard, after she left England for work on the island.

A JustGiving page helping raise funds for the Coopers online has already raised some £19,000.

The boat that rescued the family was taking part in studies of humpback whales for the Niue Whale Research Project, and is carrying on to the idyllic island when weather improves.