Sajid Javid distances himself from May amid Tory leadership jostling

‘We’re not the best of buddies’: Sajid Javid distances himself from May amid Tory leadership jostling – as he reveals he was advised not to marry his wife because she is white

Sajid Javid insisted he is not ‘best of buddies’ with Theresa May today amid fevered Tory leadership jostling.

The Home Secretary played down his ties to the PM in an in-depth interview that will inevitably be regarded as a pitch for the top job.

Mr Javid, whose father was from Pakistan, also revealed that some people advised him against marrying his wife because she is white.

The details emerged in a profile of the Bromsgrove MP that has been put together for the Financial Times.

Mr Javid, who rose from humble beginnings to become a millionaire former investment banker before entering politics, is regarded as one of the favourites to take over from Mrs May – who is struggling to cling on amid the Brexit storm. 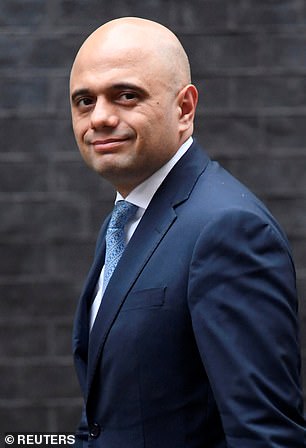 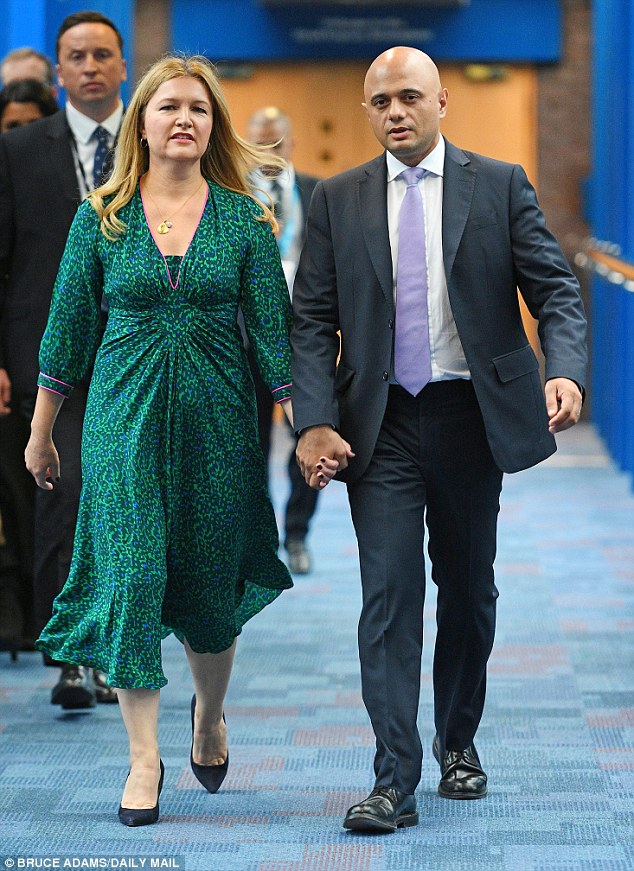 In an interview Mr Javid, whose father was from Pakistan, also revealed that some people advised him against marrying wife Laura because she is white

Last month the premier was forced to announce she will not fight the next general election in order to avoid catastrophic defeat in Commons votes.

The admission effectively fired the starting gun on a Tory leadership race – although in reality jockeying by Boris Johnson and other contenders had been under way ever since Mrs May’s dire performance in the snap election last year.

Mr Javid, a close ally of former chancellor George Osborne, was seen as having been demoted from Business Secretary to Communities Secretary by Mrs May when she took over from David Cameron in 2016.

He became the first Home Secretary from an ethnic minority background when he was elevated in the wake of Amber Rudd’s resignation last April.

But Mr Javid swiftly set about dismantling key planks of Mrs May’s legacy in the Home Office, and has made clear his disdain for the target of bringing net migration below 100,000 a year.

Asked about his relations with the PM, Mr Javid said: ‘We’re not the best of buddies. But then that’s not my objective.

‘The cabinet functions well when you’ve got good people around the table who take their jobs seriously and you’ve got a prime minister who gives it her all.’

Mr Javid also admitted he still feels like an ‘outsider’ despite rising to one of the highest offices in the land.

‘It would probably sound strange sitting here as home secretary that you sometimes feel a little bit like an outsider, but I guess it is a bit like that still,’ he said.

The MP, who is thought to have been taking lessons to improve his public speaking, conceded he needed to work on his oratory. 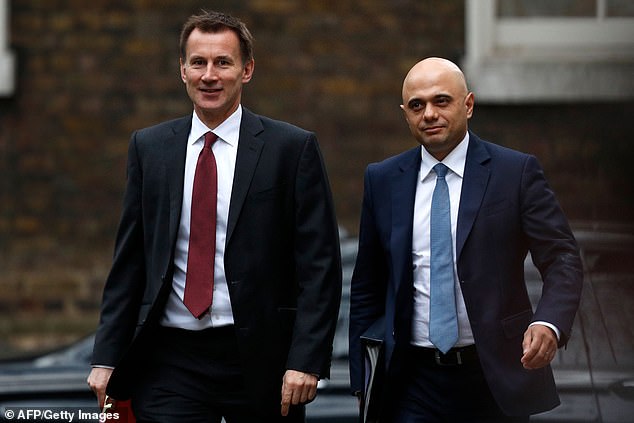 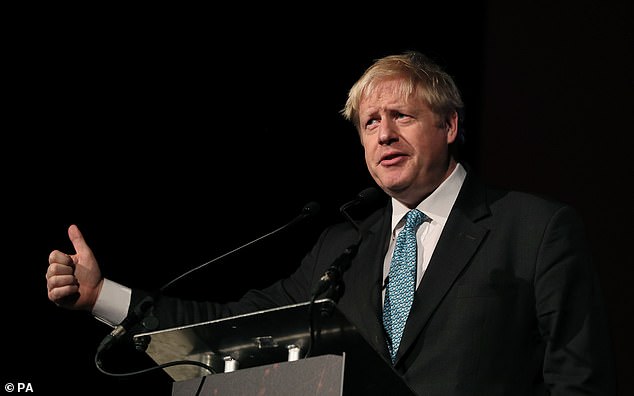 ‘I think it’s something I can invest more in and think more about, because communication is key as a politician,’ he said.

Mr Javid also laughed off claims that he was becoming pompous and had started referring to himself as ‘The Saj’ – a rumour that allies believe was put around by potential rivals.

‘I’ve never called myself The Saj,’ he said. ‘But I’ve noticed a lot of people do. I was even thinking of changing my Twitter handle to The Saj.’

Mr Javid spoke about growing up in Bristol, where he met his wife Laura while on work experience at an insuance firm.

He said some urged him to think about whether race made the incompatible.

‘People would say, ‘Are you sure you want to marry her? It could be difficult. She’s white. Don’t you think you should stick to your own kind?’ he said.