Mohamed Salah has trolled Manchester United on Twitter following their shock exit from the Champions League at the hands of Sevilla.

The Liverpool winger was the target of United fans’ jokes at the weekend after claiming he was ‘still in Ashley Young’s pocket’ after failing to make an impact at Old Trafford.

The England and United left back joined in with the fans by eventually uploading an image of himself on Instagram which had a caption which read: ‘Stop asking me! He’s not in my pocket, I swear he’s not.’ 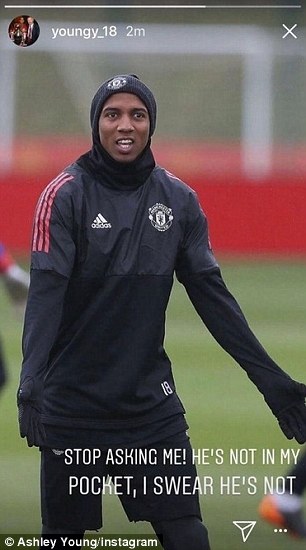 However, following Ben Yedder’s brace to send the Spanish side through to the quarter-finals, Salah couldn’t help himself in getting one over on Young and the rest of the United fanbase.

Despite their 2-1 defeat at Old Trafford on Saturday, Jurgen Klopp’s side being in the quarter-finals of the competition will give Reds fans the bragging rights for the time being having eased past Porto in the last-16.

Liverpool remain five points behind Jose Mourinho’s side in the Premier League but the Merseyside club will be confident that they can cut the gap down to their rivals with just eight games remaining.

Salah is also on course to being crowned as the golden boot winner, following injuries to Sergio Aguero and Harry Kane.