Salford boy chops a brick in half with his hand

You wouldn’t want to mess with this nine-year-old.

Julian Chlipala, who has become Britain’s youngest expert fighter can chop a brick in half with his bare hand.

The talented young boy, from Swinton, Salford, shows off his ‘exceptional’ Tang Soo Do martial arts skills in an impressive video.

He has achieved the rank of black belt 2-dan after he started training in the Korean martial art of Tang Soo Do when he was just three. 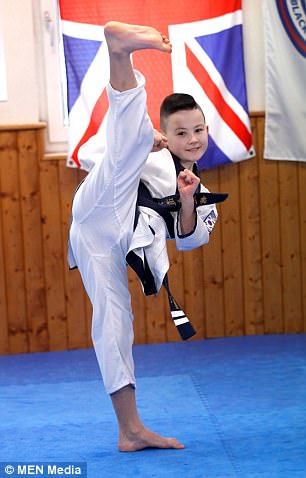 Julian Chlipala, 9 is Britain’s youngest expert fighter and can chop a brick in half with his bare hand

Peter said: ‘Julian is one of the youngest people in Europe to achieve this rank and he’s certainly the youngest in Great Britain.

‘It takes a lot of years and dedication to achieve that rank with a set number of tests you have to go through. There is also a written test of 1,000 words about the martial art. And he has to remember 12 set patterns and spar with two opponents. 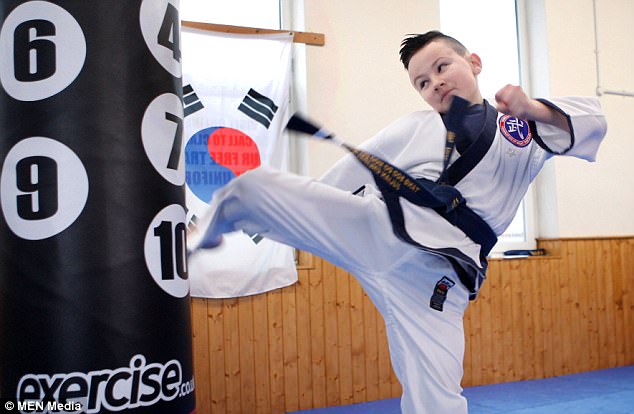 ‘A lot of young people get to 1st degree and then struggle for a few years. It takes a huge amount of training and dedication to get to that level – it’s more of a lifestyle than a hobby.

‘We teach people not to use fists and feet to settle debates, we would rather they use their head. That policy relates to everyday life and we find that young people become better behaved at home and school.

Tang Soo Do is composed of several different styles, including kung fu and Okinawan karate.

As well as Tang Soo Do, Julian is also learning mixed martial arts and is a budding actor, dancer and model. 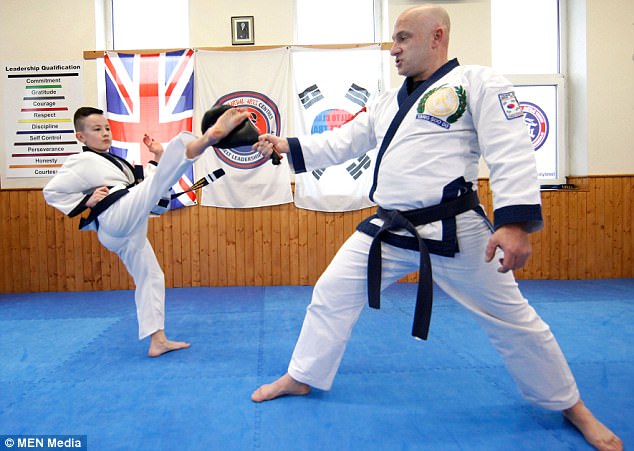 His trainer Peter Watt said: ‘Julian is one of the youngest people in Europe to achieve this rank and he’s certainly the youngest in Great Britain’

His dad Lucjan says the whole family are so proud of Julian, who trains at least three times a week.

He said: ‘Any father would be proud of a son like that.

‘It makes him disciplined and he has a lot of respect. He’s such a nice guy.’ 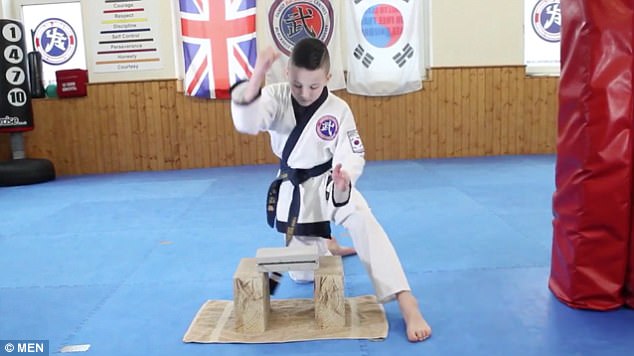 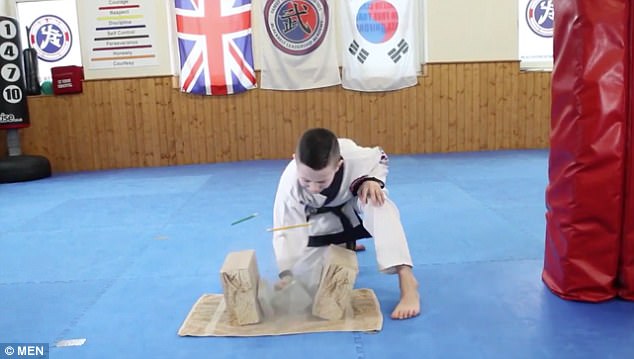 Julian, who hopes one day to become an architect, will now start training for this third degree black belt, which could take around three years to reach.

But the schoolboy will have to wait until his 21st birthday before he can embark on his fourth degree ranking and become a Tang Soo Do master.