Disgraced property developer Salim Mehajer has taken a stand at his own bankruptcy appeal stating he hopes to develop five more properties.

Auburn’s former deputy major said he plans to borrow as much as $82 million for the developments in western Sydney.

The hearing on Thursday went in to the late evening and revealed Mehajer owes the Australian Taxation Office $8.6 million and still hopes to get the loan.

Salim Mehajer, 31,  has taken a stand at his own bankruptcy appeal stating he hopes to develop five more properties in western Sydney

Mehajer also noted he held full and sole shareholdings in a number of companies.

The controversial businessman joked on his Instagram account ‘only God can bankrupt me’ after he announced he had lodged an application and was applying for a new builders license. 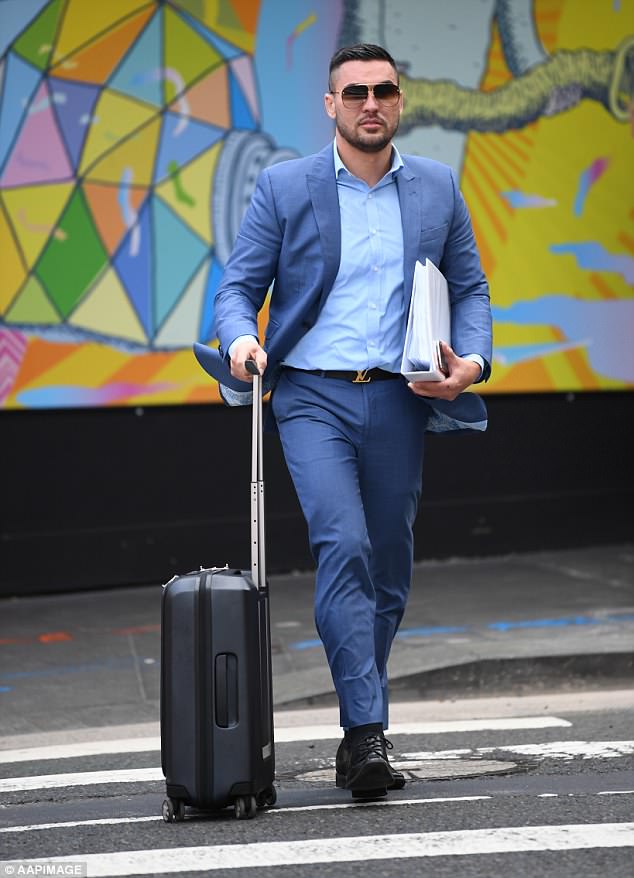 He said he would continue the construction of five multi-million dollar projects with off-shore funding.

The biggest of the five developments is on John Street in Lidcombe which was the site for many of Mehajer’s previous apartment developments.

He said he wanted to dedicate $75 million to the project in Lidcombe.

The property developer’s hoped to have his bankruptcy annulled.

Justice Michael Lee refused to grant a temporary stay of Salim Mehajer’s bankruptcy while he waits for the Court to hear his application for annulment of the bankruptcy.