Joe Salisbury made an impressively swift transition from self-isolation to semi- finalist on Thursday night when he reached the last four of the ATP Finals with Rajeev Ram.

Having spent the build-up to the event in quarantine for two weeks after his coach Rob Morgan tested positive for Covid-19, the Londoner, 28, and Ram defeated Germany’s Kevin Krawietz and Andreas Mies 7-6, 6-7, 10-4 to go through from their group.

After saving two set points in the opener, they are now two wins away from Salisbury becoming the first British player to win the doubles event in this tournament’s 50-year history.

The Anglo-American duo have had a strong year together but Jamie Murray announced that he was splitting with Neal Skupski after 18 months to join up again with the Scot’s former partner Bruno Soares.

Murray and Skupski failed to qualify for the ATP Finals by the tiniest of margins and that seems to have precipitated the reunion with Brazil’s Soares.

The two of them enjoyed much success as a team, winning the Australian and US Opens before it went stale. 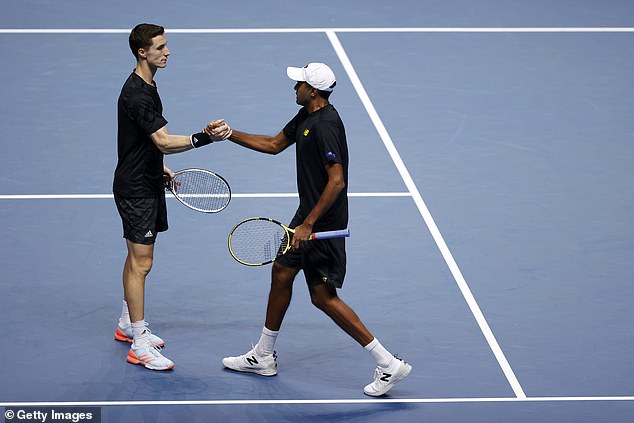 Meanwhile, Kyle Edmund is in the market for a new coach after splitting with Argentina’s Franco Davin.

Edmund, 25, had a decent start to the year but never got going after lockdown and he has had persistent pain in a knee.

He cited difficulties in travelling due to coronavirus for going their separate ways after a year in tandem, during which their time together was limited.