Sally Dynevor took to Instagram on Thursday to share a photo of herself, Kimberly Wyatt and Liberty Poole striking their best ‘Bond girl’ poses on the ice as Dancing on Ice rehearsals kicked off.

Sally captioned her post: ‘The journey has begun. Got to meet our heroes #torvillanddean with the gorgeous Bond girls.’ 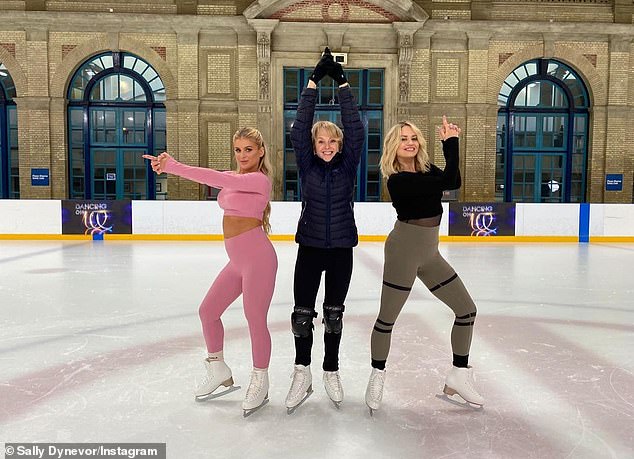 Rehearsals: Sally Dynevor, 58, took to Instagram on Thursday to share a photo of herself, Kimberly Wyatt, 39, and Liberty Poole , 22, as Dancing On Ice rehearsals kicked off

In a second snap shared by Sally – who is the mother of Bridgerton’s Phoebe Dynevor – she posed with Kimberly, Liberty and skating legends Jayne Torvill and Christopher Dean.

Sally wrapped up in a padded jacket and black leggings and the actress also wore knee pads.

Blonde bombshell Liberty flaunted her abs in a cropped pink top and matching leggings, while Kimberly slipped into olive-hued leggings and a black jumper.

Sally recently said of her appearance on Dancing On Ice: ‘I’m so scared! Now everyone knows I’m doing it I can’t back out can I?!’ 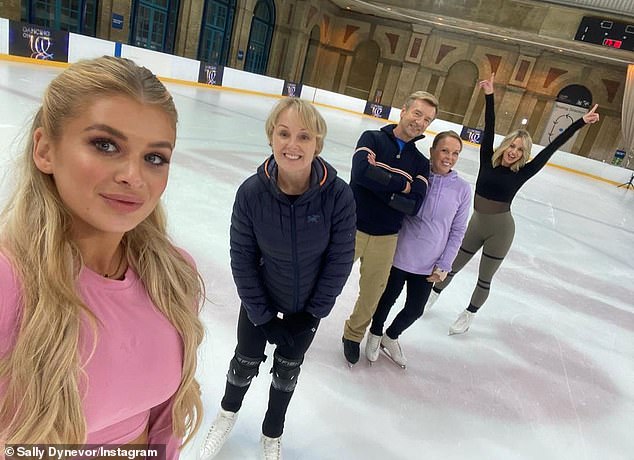 Exciting: In a second snap shared by Sally, she, Kimberly and Liberty posed alongside skating legends Jayne Torvill and Christopher Dean

Sally captioned her post: ‘The journey has begun. Got to meet our hero’s #torvillanddean with the gorgeous Bond girls’ [sic]

Asked by Lorraine Kelly if she’s skated before, Sally said: ‘No never! I went with Hattie [her daughter] when she was little and I had a penguin and then thought this is too hard so I’ll go and get a coffee!’

She went on to say: ‘This is a massive challenge, Lorraine. It really, really is. I’m not getting any younger, I’ve just got to take every opportunity I get so that when I’m old I can say you know what? I gave it a go.’

It comes as sources claim the timing of her appearance ‘couldn’t be better.’ 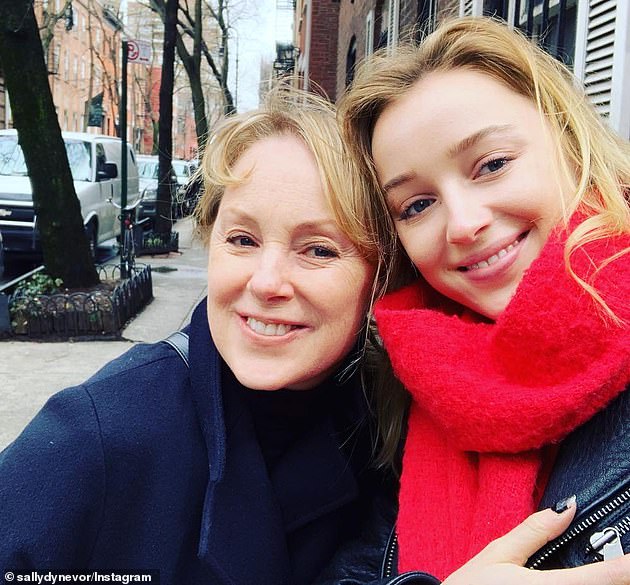 No turning back: Sally, who is the mother of Bridgerton star Phoebe Dynevor (pictured) said recently: ‘Now everyone knows I’m doing it I can’t back out can I?!’

A TV insider revealed to The Sun: ‘ITV have been keen to get Sally on the ice for a number of years and she has tried out in the past, but they haven’t been able to make it work.

‘She’s finally ready to do it now though and is already taking it very seriously and has been hitting the ice rink most Sundays.

‘Sally is one of Corrie’s best loved stars, her daughter Phoebe is also now a household name so the timing couldn’t be better.’

Sally follows in the footsteps of other Corrie alum who have traded in cobbles for ice, including Faye Brookes, Samia Longchambon and Lisa George.

The soap veteran has been playing the role for 35 years, and was awarded and MBE for services to drama in the 2021 New Year’s Honours list. 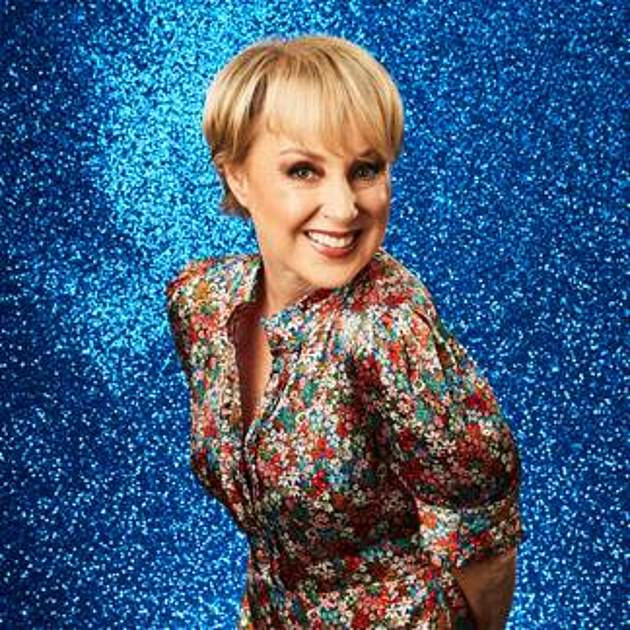 Exciting: Coronation Street actress Sally was the first celebrity to be confirmed for Dancing On Ice 2022