Salma Hayek shows off her enviable curves in purple bikini

If there is someone who knows how to break the internet it’s Salma Hayek.

The Mexican-born actress put her curves on display in a purple bikini during a day at sea on Friday.

The 51-year-old beauty proclaimed to her 5.4 million Instagram followers, ‘I adore the ocean’ in both Spanish and English.

Hot stuff: Salma Hayek spent Friday at sea in nothing but a purple bikini that showed off her perfect figure

Salma accessorized her ensemble with a tan fedora, a long chain necklace and sunglasses.

The How To Be a Latin Lover star has been spending quality with many of her celebrity friends including rapper Nas and her After the Sunset co-star Woody Harrelson. 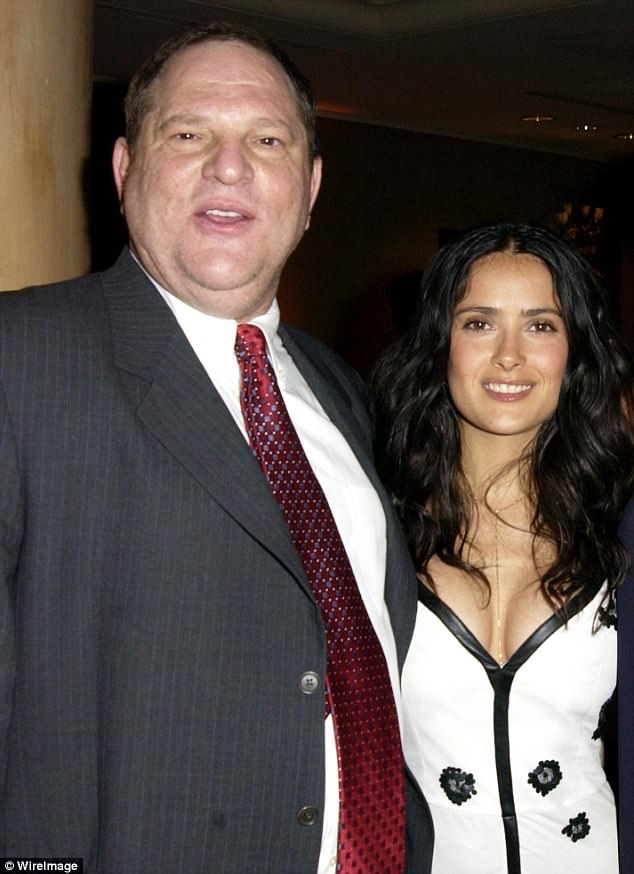 Past partners: Hayek spoke out about Weinstein in a powerful essay in The New York Times

On December 12th, Hayek declared to the world, ‘Harvey Weinstein is my monster too,’ in an opinion piece for the New York Times.

She and Weinstein worked together on the 2002 biopic Frida, which earned the actor an Oscar nomination for best actress.

In the powerful essay she detailed how she suffered at the hands of the producer. Including a moving conclusion about why women aren’t and shouldn’t stand for sexual harassment of any kind, ever again. 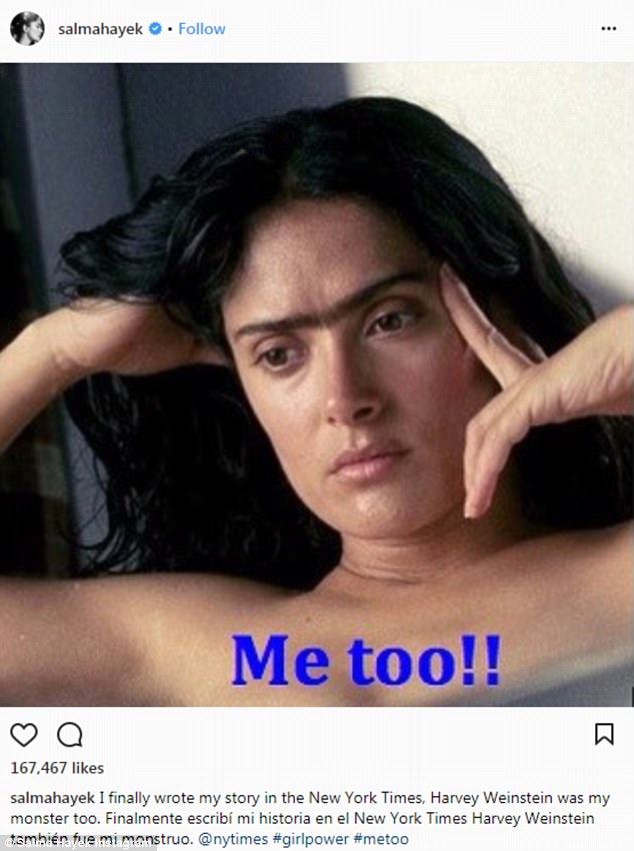 Me too: Salma promoted her essay to her 5.4 million Instagram followers 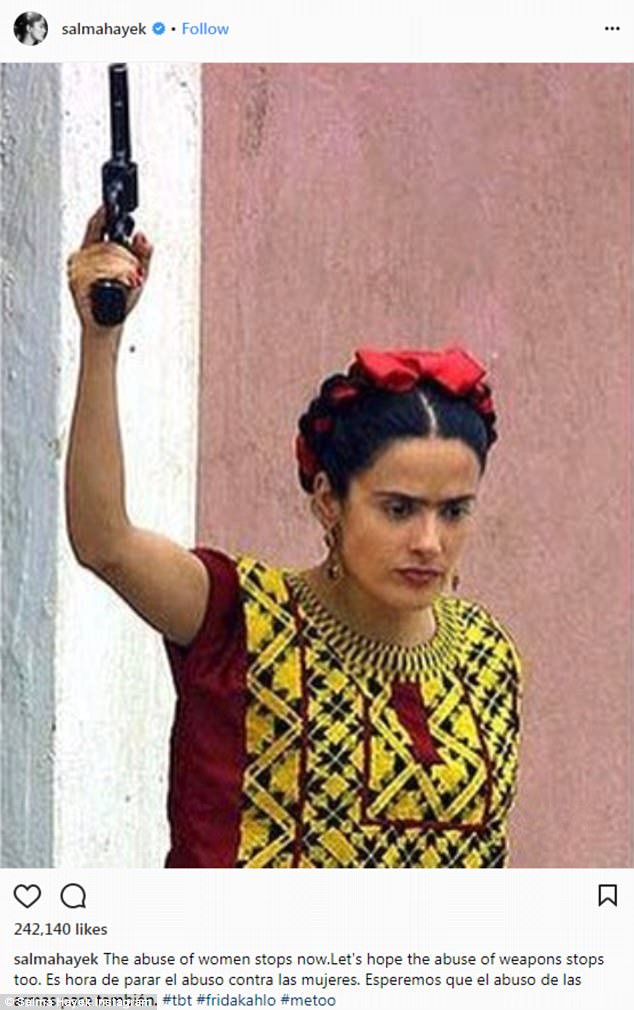 No more: The mother of one gave her thoughts on her Instagram page

‘When he was finally convinced that I was not going to earn the movie the way he had expected, he told me he had offered my role and my script with my years of research to another actress,’ Hayek wrote in the New York Times piece.

She added about what he expected from her, ‘The absurdity of his demands went from getting a furious call in the middle of the night asking me to fire my agent for a fight he was having with him about a different movie with a different client to physically dragging me out of the opening gala of the Venice Film Festival, which was in honor of Frida.’ 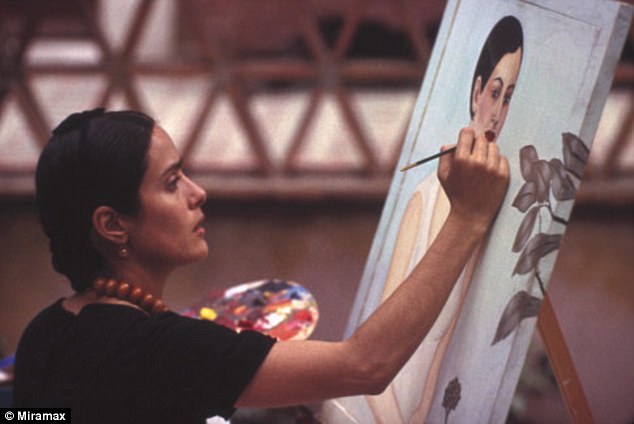 Oscar gold: She earned an Oscar nomination for best actress for playing the titular role in Frida 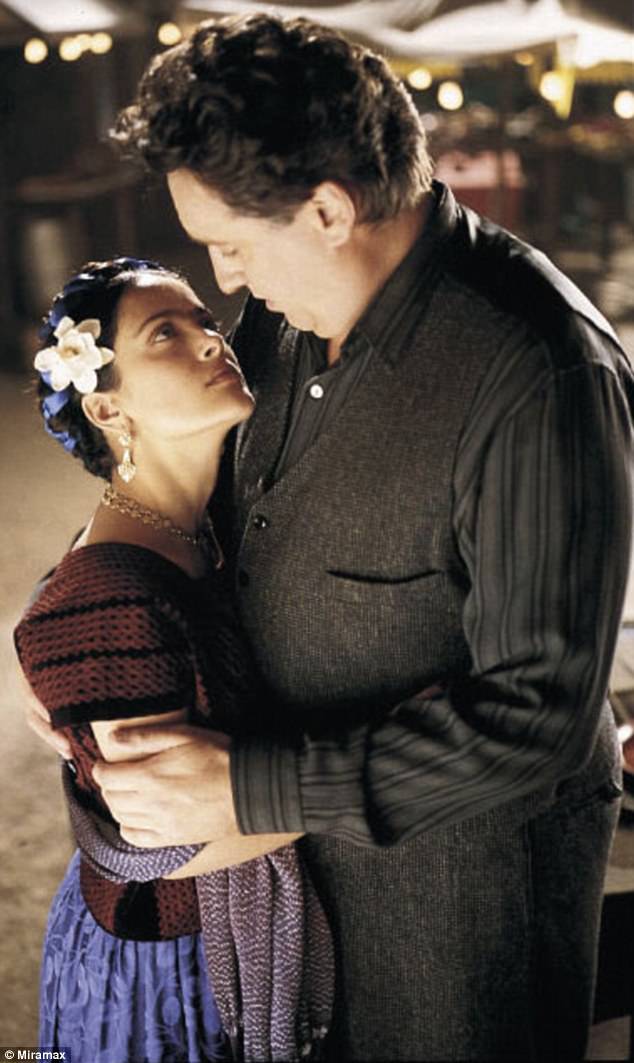