The UK could lose one of surrealist artist Salvador Dali’s white lobster telephones unless a buyer meets the £850,000 price tag.

A temporary export bar has been put on the artwork by Arts Minister Michael Ellis to give buyers a chance to keep the piece of art in the country.

It is one of eleven lobster telephones commissioned in 1938 by James, Dali’s patron and an English poet known for his promotion of the surrealist movement.

One of surrealist artist Salvador Dali’s white lobster telephones could leave the UK unless a buyer is found to pay the £850,000 price tag

Dali and James were sat eating lobsters in 1936 when one of the discarded shells landed on a telephone and inspiration struck.

Each of the telephones, six of which were hand-painted white and five painted red, is slightly different and therefore unique.

James, a passionate supporter of surrealism, owned a private collection of the work, including both versions of the lobster telephone, at Monkton, his country house in West Sussex. 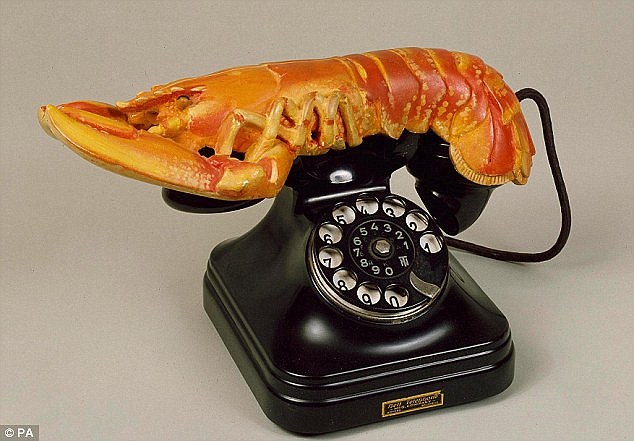 Today most of the white versions are in museums abroad, including in public collections in Rotterdam, Florida, Johannesburg, Minneapolis and Lisbon.

Mr Ellis said: ‘Salvador Dali was one of the greatest artists of the 20th century. This iconic work was created in the UK, and I want it to remain here.

‘It is important that we keep world-class art in this country and I hope a buyer can be found to save it for the nation.’

A recommendation by the Reviewing Committee on the Export of Works of Art and Objects of Cultural Interest (RCEWA) to issue a temportary export bar was administered by The Arts Council. 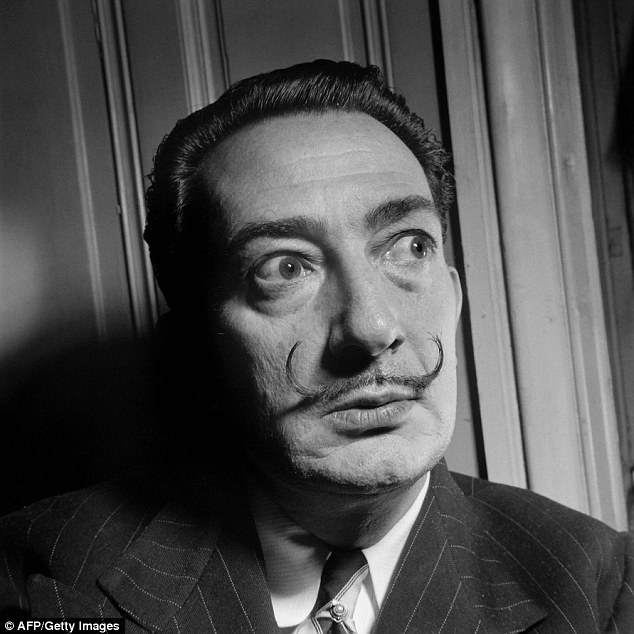 Salvador Dalí was a surrealist artist who created a collection of eleven lobsters, six off-white and five colour

RCEWA member Richard Calvocoressi said the importance of the piece could not be overestimated.

He said: ‘With its suggestion of both eroticism and menace, pleasure and pain, Lobster Telephone (White Aphrodisiac) is a classic surrealist conceit, recalling the ‘trap’ sculptures of Giacometti’s surrealist phase.

‘It also anticipates by half a century the confrontational but also playful sculptures made of manufactured and natural found objects by artists such as Jeff Koons and Damien Hirst.’

A decision on issuing an export licence has been deferred until June 21, with the possibility of extending the deadline until September 21 if a serious intention is made to buy the artwork at the recommended price of £853,047 (plus VAT of £29,000).

Where are Salvador Dalí’s other Lobster Telephones?

Out of the eleven lobster telephones produced Dali created five colour versions of his telephone. These are displayed at:

Among the collection Dali also produced an off-white version of his telephones. These are displayed at:

It is currently unknown where the other two lobsters are kept.