A Salvadorean woman sentenced to 30 years in prison for giving birth to a stillborn child has finally been freed.

Teodora del Carmen Vásquez, 35, was convicted of aggravated homicide in 2007 after the birth of her child.

Authorities accused Ms Vásquez of having had an abortion, an act considered a crime under any circumstance – even rape – in El Salvador.

Her exoneration comes as a surprise after her appeal was rejected by judges in December.

El Salvador’s Supreme Court said there were ‘powerful reasons of justice and fairness which warranted granting her the grace of commuting her sentence’. 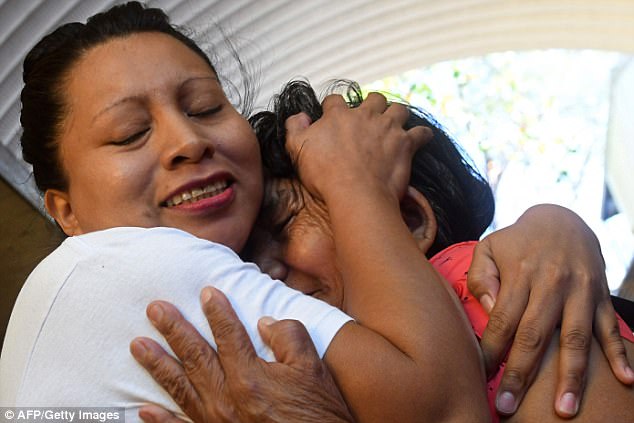 The 35-year-old (pictured hugging her mother outside court in IIopango, El Salvador) was convicted of aggravated homicide in 2007 after the birth of her child

Amnesty International Norway campaigned on behalf of Ms Vásquez, and had previously expressed concern that she appeared before the same judges who sentenced her 10 years ago.

The traumatic stillbirth came in 2007, and Ms Vásquez, already mother to a young son, was heavily pregnant when she started experiencing labour pains while at work.

She called emergency services, but shortly afterwards her waters broke and she escaped into a toilet where she passed out from the pain. 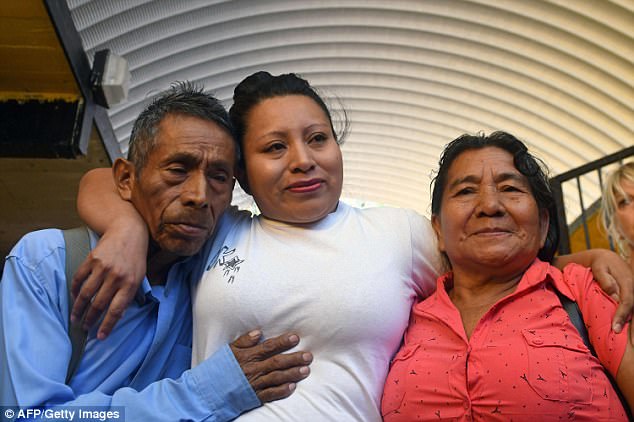 Authorities accused Ms Vásquez (pictured with her mother and father) of having had an abortion, an act considered a crime under any circumstance – even rape – in El Salvador 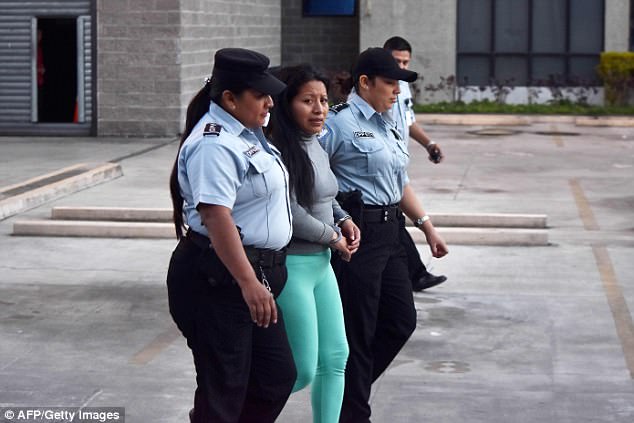 Back in jail: Teodora del Carmen Vásquez had appealed her conviction for aggravated homicide, but this was rejected by judges in El Salvador in December

She gave birth while unconscious and when she came to, she discovered that her baby daughter had been stillborn.

Authorities were called to the scene and she was arrested and accused of having had an abortion.

Ms Vásquez was charged with aggravated homicide. Unable to afford a good defence lawyer, she was sentenced to 30 years in prison.

For the past ten years, Ms Vásquez has been incarcerated at the Ilopango prison on the outskirts of San Salvador, capital of El Salvador.

Her son Ángel, now 13, was unable to visit her. 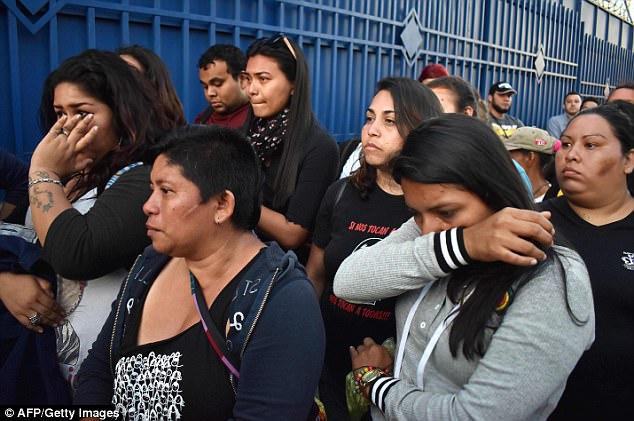 Upset: Women cry outside the Isidro Menendez Judicial Center after a hearing held to review the sentence of Vasquez resulted in her losing the appeal 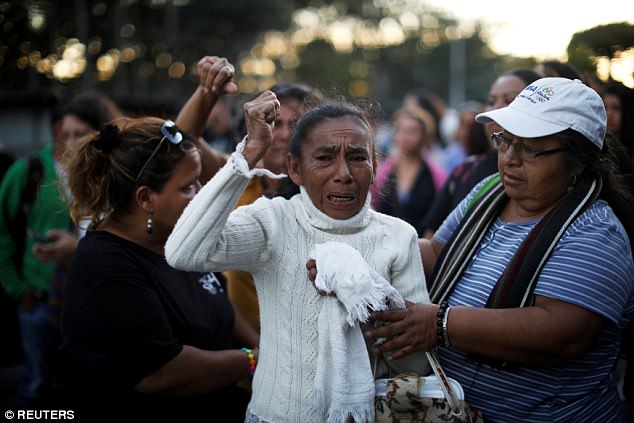 Anger: Her supporters are seen visibly upset outside the court in San Salvador 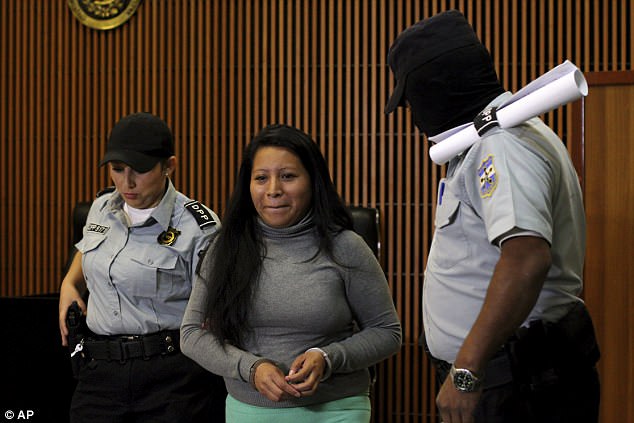 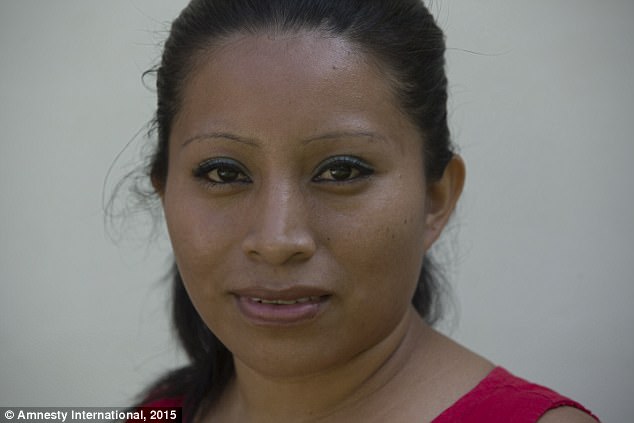 Jailed: Ms Vásquez was convicted of aggravated homicide in 2007 after giving birth to a stillborn daughter and sentenced to 30 years in prison 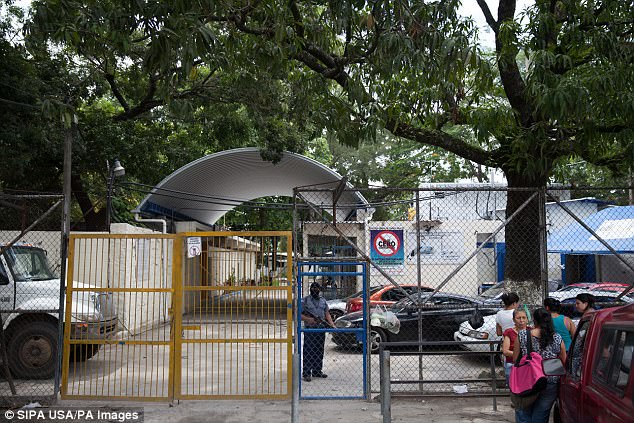 Hope: Ms Vásquez is set to return to Ilopango prison on the outskirts of San Salvador, where she has spent the past ten years 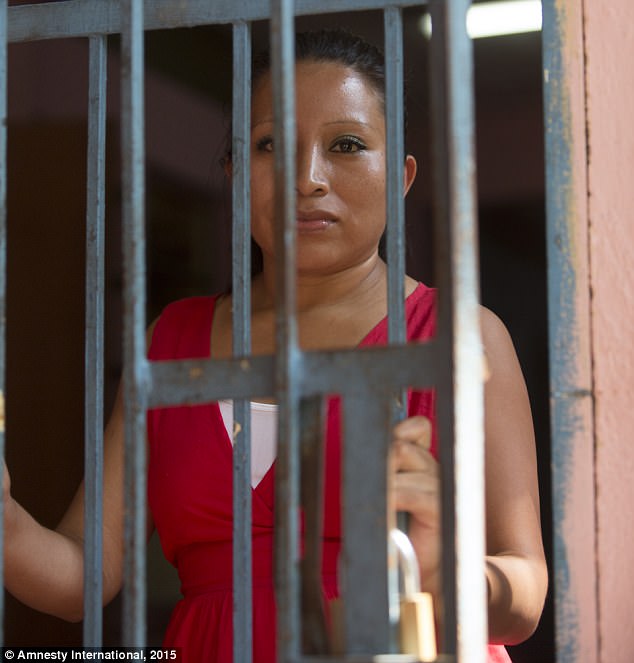 Innocent: Ms Vásquez was accused of having had an abortion, which is a serious crime in El Salvador regardless of the circumstance surrounding the pregnancy