Samantha Armytage and David Koch have slammed young Australians who spend their money on travelling and ‘buying sofas’ instead of saving up for their first home.

During a discussion on Sunrise about whether it is harder for young people to buy a house now than in the past, both presenters were quick to take aim at millennials.

Ms Armytage criticised the Coalition’s new policy to help first homebuyers afford a deposit, saying: ‘I’m not sure about this assumption that all 20-year-olds need their own houses.

Ms Armytage, 42, was discussing with social commentator Jane Caro and Seven broadcaster Ben Davis new research that revealed 43 per cent of Australians aged 20 to 24 still live with their parents.

Ms Armytage, 42, agreed with Mr Koch, 63, that young people are better off than previous generations, saying she was broke aged 24 and still paying off her student loan into her 30s.

‘I don’t want to sound like grumpy old Kochie but I agree,’ she said.

The presenter was discussing with social commentator Jane Caro and Seven broadcaster Ben Davis new research that revealed 43 per cent of Australians aged 20 to 24 still live with their parents.

Mr Davis said it was hard for young people to save up enough money to move out.

He said: ‘It’s no surprise that some people are voting for first homebuyer relief, part of the Coalition policy. It is harder to get ahead, whether you’re in your 20s or 30s or even 40s.’

Ms Armytage then brought Ms Caro into the conversation, saying: ‘Is there an age, Jane, where parents get to live their own lives and tell their adult children to move out and get a life?’ 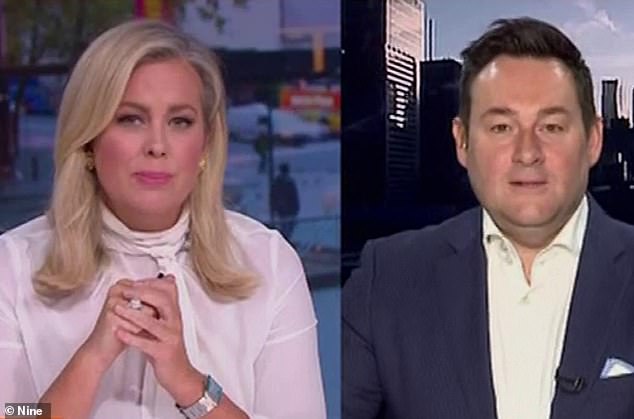 Ms Caro replied: ‘Yes, I’d say 25 myself is the age. But there is a thing going on where we have to extend childhood because it is no longer good enough to have a bachelors degree like when I was at university.

‘They go on and have to have postgrads and masters and the hex debt is huge.’

She said that increasing rents and house prices over recent decades have made it ‘much more expensive to be a young person.’

‘It takes 10 years to save [for a house deposit] where as it took our generation six years.’

It was at that moment that Mr Koch jumped in and said: ‘Yeah, they’re still going overseas and buying leather couches though.’ 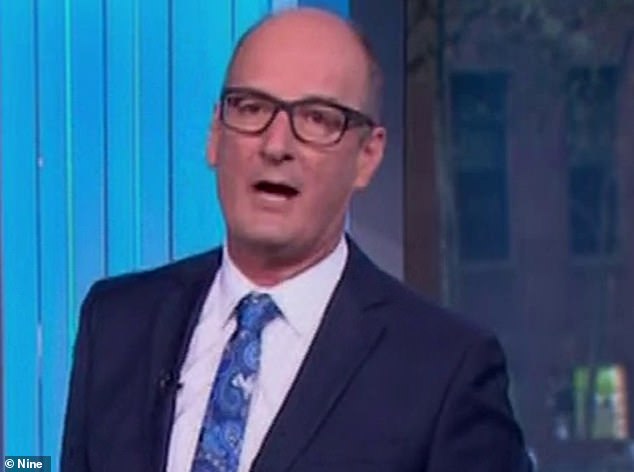 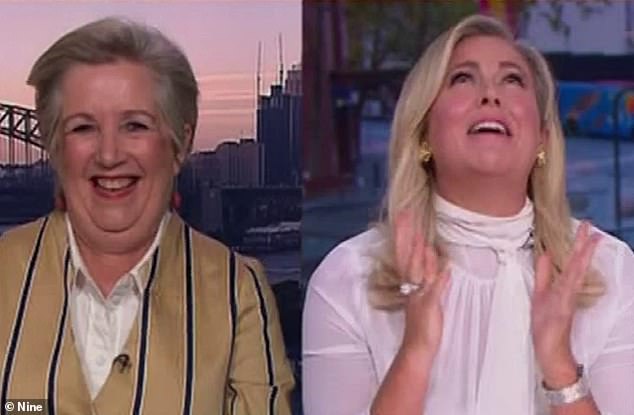 Ms Caro replied that only ‘some of them are,’ as Ms Armytage interjected and said: ‘I don’t want to sound like grumpy old Kochie but I agree.

Ms Caro said: ‘Well, Kochie and I got a free university education.’

‘It worries me when I agree with Kochie,’ Ms Armytage added, drawing great laughs from the panel.

They will instead need just 5%, with the Commonwealth stumping up the difference

The scheme will be available for single people earning under $125,000 and couples earning a combined salary under $200,000

The Coalition vowed to spend up to $500M on home loan deposits for first-home buyers. Labor matched that commitment on Sunday

‘The kids today!’ she joked, mocking him.

It comes after Prime Minister Scott Morrison announced a new scheme at the Liberal election campaign launch in Melbourne on Sunday that will mean a home buyer would only have to save for a five per cent deposit.

Under the plan, the National Housing Finance and Investment Corporation – which Mr Morrison established when he was treasurer – would guarantee the difference between five per cent of the purchase price and the 20 per cent deposit.

Some commentators say it will be useful to help young people buy a home – but others say it will simply land them with more debt at high interest rates at a time when house prices are plummeting.

The scheme will allow struggling singles, couples and families to break into the property market, even if they can only stump up a quarter of the deposit typically needed for a house.

‘This will make a big difference,’ Mr Morrison told the party faithful on Sunday.

‘Cutting the time taken to save for a deposit by at least half or more.’

Mr Morrison said a similar scheme had been successfully running in New Zealand for years.

‘After six years of failure, and six days before an election, the Liberals are desperately trying to tell young Australians they understand their struggles to buy their first home,’ Mr Bowen said in a statement.