She normally dons a skimpy bikini for her role as Jasmine Delaney on the long-running soap, Home and Away.

But on Saturday, Sam Frost, 29, proved her fashion credentials when she attended Epsom Day at Royal Randwick in Sydney.

The former Bachelorette took to Instagram to unveil her look for the ritzy event.

Ready for the races! Home and Away actress Sam Frost (pictured) cut an elegant figure in pale blue when she attended Epsom Day at Randwick racecourse in Sydney on Saturday

The former reality star then gave her elegant dress an edge, but pairing it with black cane hat and fascinator by bespoke milliner, Nerida Winter.

In the zoomed-in picture, Sam opted for a dewy make-up look which enhanced her already flawless complexion. ‘I’m human’: Sam revealed she still has days when she struggles with her mental health, after revealing she suffered from anxiety and depression in 2015

Finishing the look, Sam opted to wear her blonde locks elegantly tied back in a low bun, which complemented the outfit nicely.

On Saturday, Sam bravely revealed to The Daily Telegraph that she still has days when she struggled with her mental health.

‘While I am in a much happier headspace than I have ever been, I am still human. I have learnt not to fight it,’ the 29-year-old said. 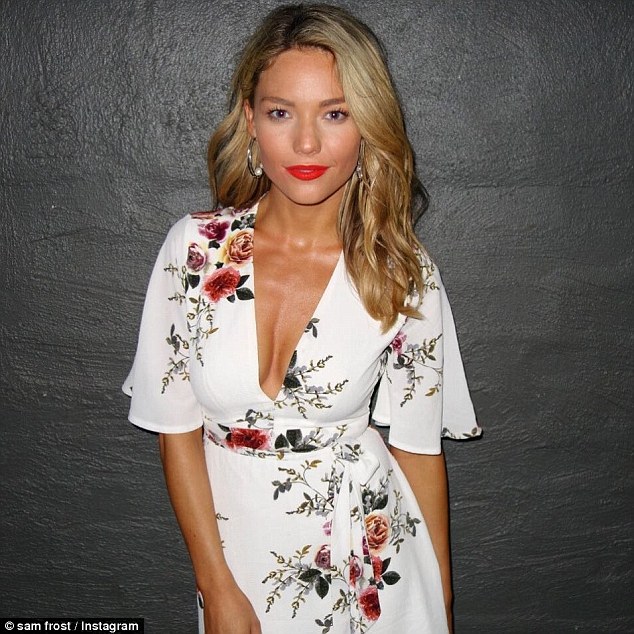 Journey: ‘While I am in a much happier headspace than I have ever been, I am still human. I have learnt not to fight it. I give myself some TLC,’ Sam told The Daily Telegraph on Saturday

‘I give myself some TLC,’ she added.

Previously Sam has spoken about her struggle with depression and anxiety in 2015, when she revealed she regularly visited a psychologist.

In 2016, Sam had a string of setbacks, including the axing of her high-profile 2DAY FM radio show, Sam admitted she found herself in a ‘very dark place.’ 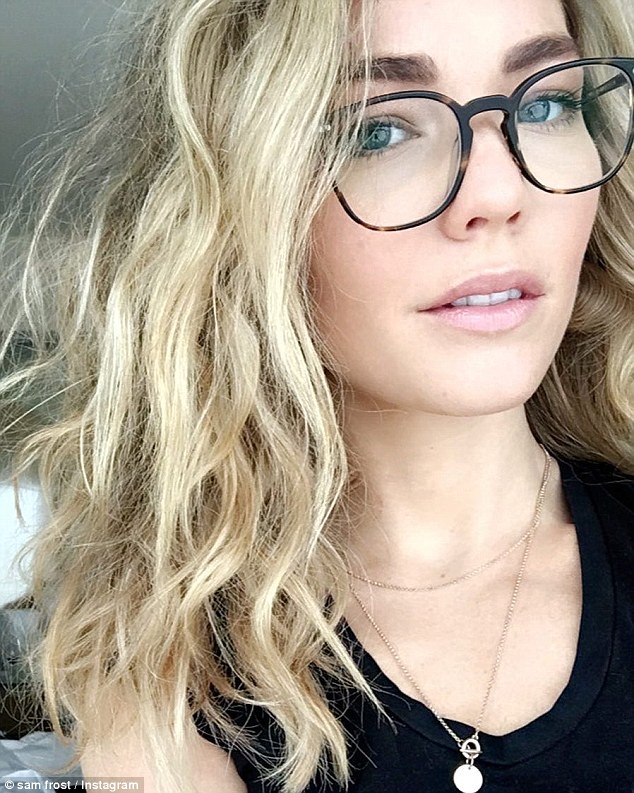 Candid: The former Bachelorette first came out about her struggles with depression and anxiety in 2015, revealing she regularly visited a psychologist to maintain her mental health

She told the Herald Sun in 2017: ‘I reached breaking point last year. I was like, ‘Oh my goodness I am really, really struggling with my mental health’.’

With her personal and professional life in turmoil, Sam told News Corp that same year she spent time with friends and family in Melbourne, before turning to a psychologist to help get her life back on track.

She revealed: ‘I started seeing her (the psychologist) and I’ve seen her every week since. It is expensive but it is worth it. It costs me a bloody fortune.’ 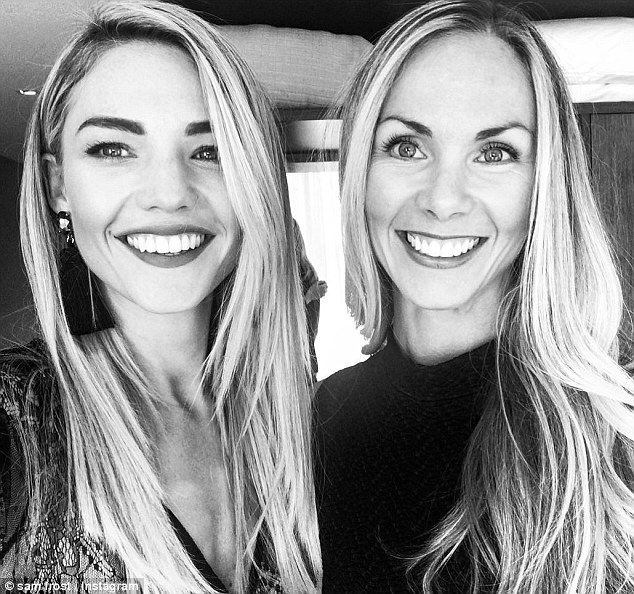 In order to help others suffering, the actress, who’s now dating navy diver Dave Bashford, launched her mental health initiative for young girls and women, Believe by Sam Frost, in June with her sister Kristine.

With just over 15k Instagram followers, the venture focuses on depression and anxiety and provides advice on how to ‘navigate the sometimes toxic world of social media’, according to the Believe By Sam Frost website.

Sam’s initiative vows to connect participants with a range of helpful resources including mental health professionals.

‘Here you will find uplifting stories of strength and resilience, with advice from psychologists and others who have walked a similar path,’ the website revealed.

If you’re struggling with depression or anxiety, please call Lifeline on 13 11 14.