AFL legend Sam Newman is recovering after having two of his ribs broken while playing golf with a friend last Thursday – but he managed to get through 16 more holes despite the painful injury.

The 76-year-old’s friend hooked the ball into Newman from about 40 metres away as they played at the course at Cape Schanck, on the Mornington Peninsula south-east of Melbourne.

‘A fully blown three metal off the deck hit me from about 40 metres and knocked me down and broke two of my ribs,’ the former Footy Show host told the Herald Sun.

‘It happened on the second hole, and I played on and finished the round.’

Newman put up with the pain until last Saturday, when he admitted himself to the Epworth Hospital in inner-city Richmond, and says he is now on ‘light duties’.

He also admitted he shouldn’t have been standing where he was and could have been far more seriously hurt.

The incident continues a bad run of luck for the former Geelong ruckman, who had to have surgery last December after breaking his ankle, which had to be repaired with a metal bar and screws.

‘Surgeon William Edwards did this. Fused a broken ankle. Couldn’t have done it better myself. Can walk again – three months ahead of all estimates,’ he wrote after the procedure. 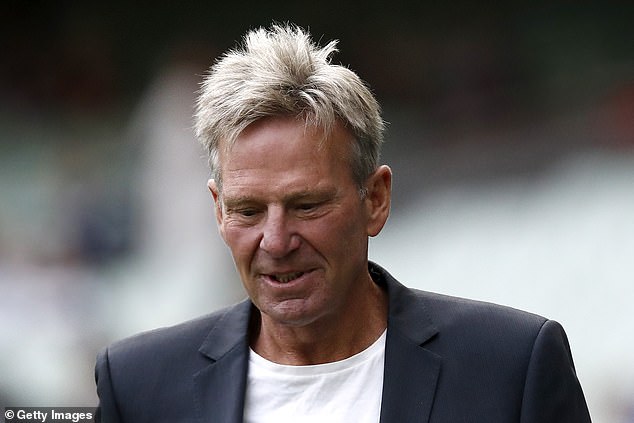 And in July last year he crashed his boat Sea Sea Rider into another craft and a wharf while he was using a remote control to reverse the vessel.

‘I’m happy to say I’m simple and I was incompetent,’ Newman explained on his podcast.

‘It put a hole in the boat and the wharf and the fenders.

‘I thought to myself, how dumb and stupid and incompetent and senile are you, that you couldn’t work that out.’