Samantha Armytage shows off her 10kg weight loss in chic activewear on a walk with dog Banjo after landing ‘$500,000’ Weight Watchers deal

And Sunrise’s Samantha Armytage showed off her 10 kilogram weight loss, while walking her dog Banjo in Sydney’s Bondi on Thursday.

Despite breaking a sweat, the 42-year-old managed to look chic in a grey sweater and black drawstring pants.

Breaking a light sweat: Samantha Armytage, 42, showed off her 10kg weight loss in chic activewear, on a walk with dog Banjo in Sydney’s Bondi on Thursday

Samantha kept light on her feet with black slip-on sneakers and concealed her gaze behind tinted sunglasses.

The breakfast TV presenter swept her blonde locks back off her face, and appeared slightly flushed with rosy cheeks.

Samantha headed back to her black Range Rover after taking her beloved dog Banjo for a walk.

Samantha has plenty to smile about having recently signed on as an ambassador for Weight Watchers. 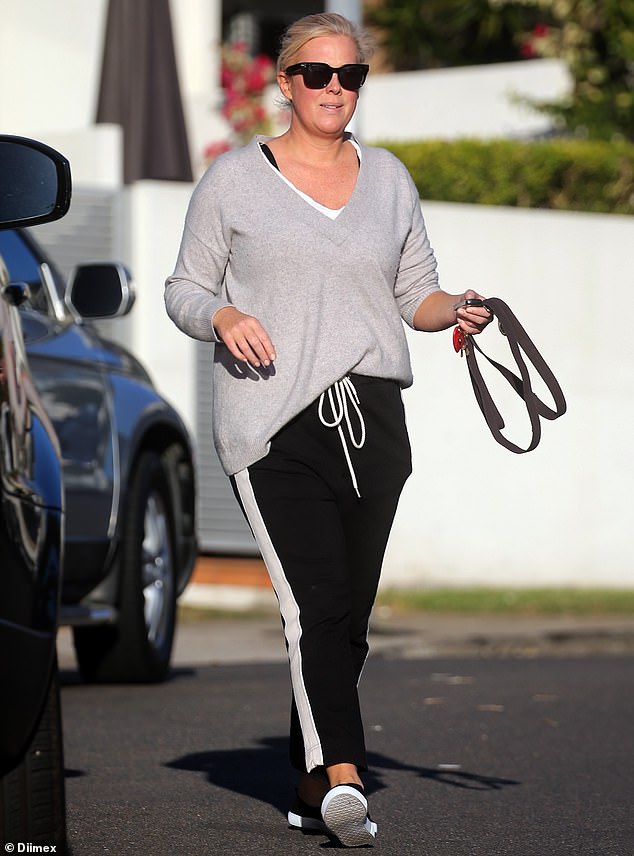 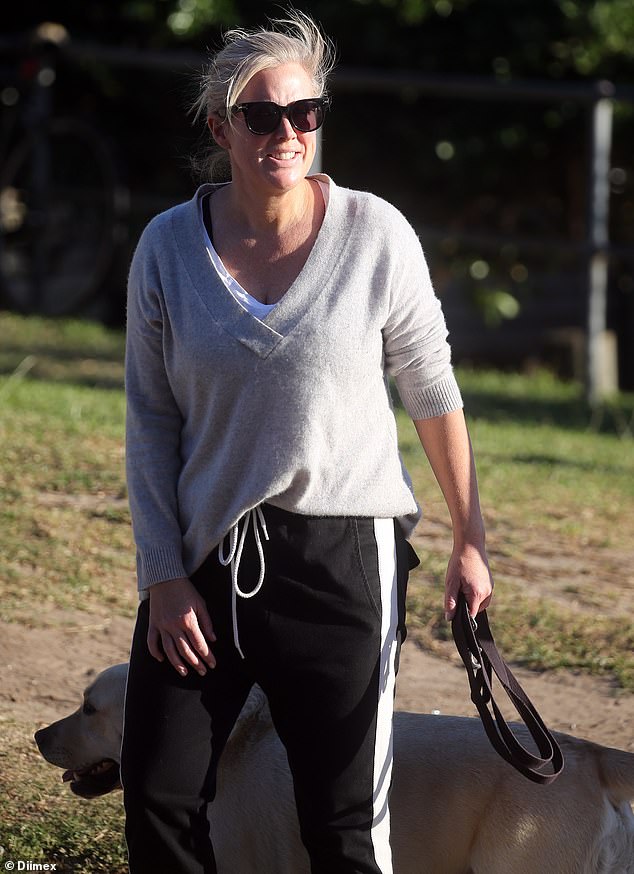 Low-key: Samantha swept her blonde locks back off her face and concealed her gaze behind tinted sunglasses

According to the Sun Herald, the journalist pocketed $500,000 to become the brand’s Australian spokesperson.

‘Thrilled to announce I’m joining forces with Weight Watchers as their newest ambassador!’ she wrote on Instagram.

‘Very excited about this modern, holistic company, which is now all about wellness rather than just weight loss (although losing a few kilos has been a nice bonus). 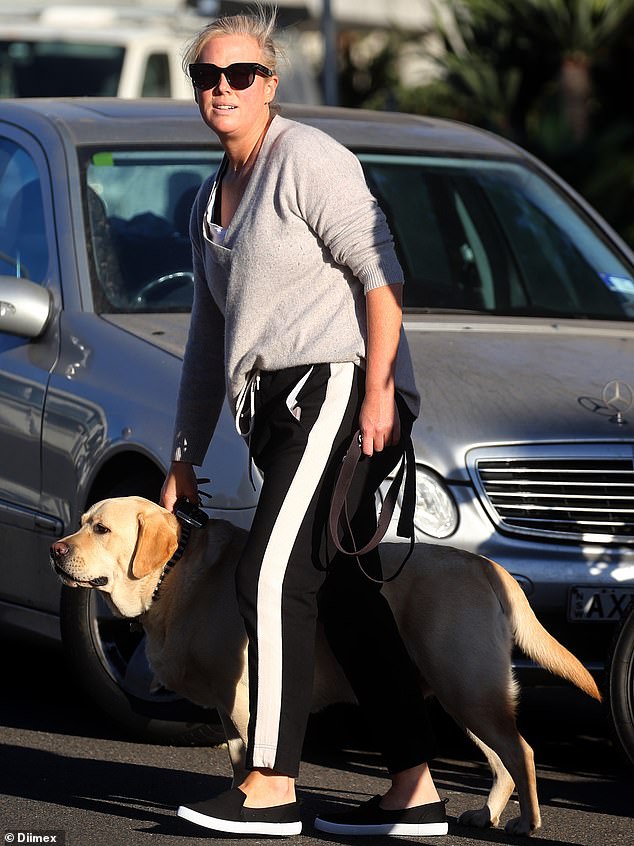 Beloved dog: The Channel Seven star was spotted with her beloved Labrador Banjo, who she often features on Instagram 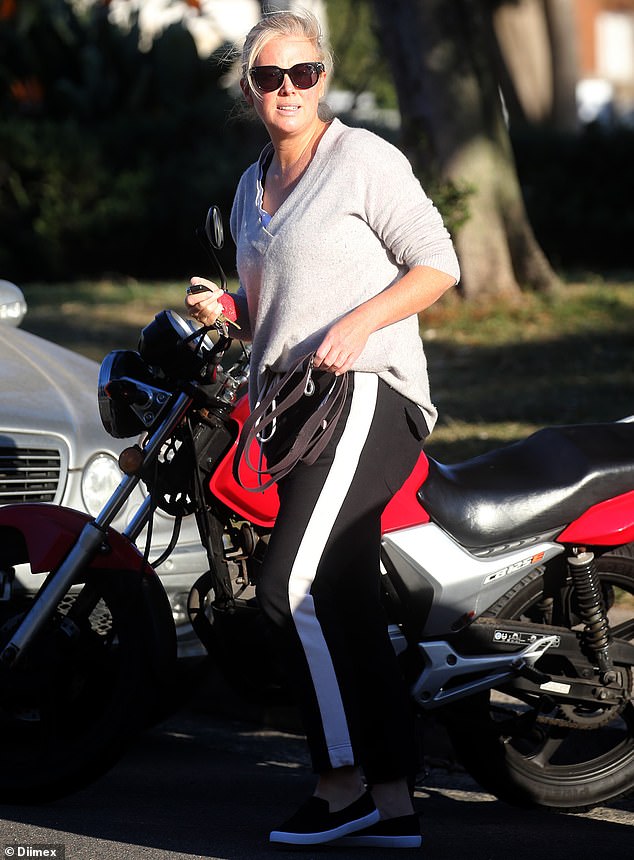 Endorsement: The sighting comes after it was revealed last week that Samantha has signed on as Weight Watchers’ newest celebrity ambassador

‘It’s such a simple, fun program… and you don’t have to go without anything. Join me on my new journey and let’s have positive body image for all!’

Samantha concluded: ‘Remember; it’s not about being skinny, it’s about being healthy and strong!’

The Channel Seven star has repeatedly insisted she isn’t on a ‘diet’ in the traditional sense, but is instead focusing on improving her overall health and wellness.

‘It’s about being healthy and feeling strong and fit,’ she said on Sunrise last Thursday. ‘It’s not all about weight loss – but guess what, I’ve lost 10 kilograms!’ 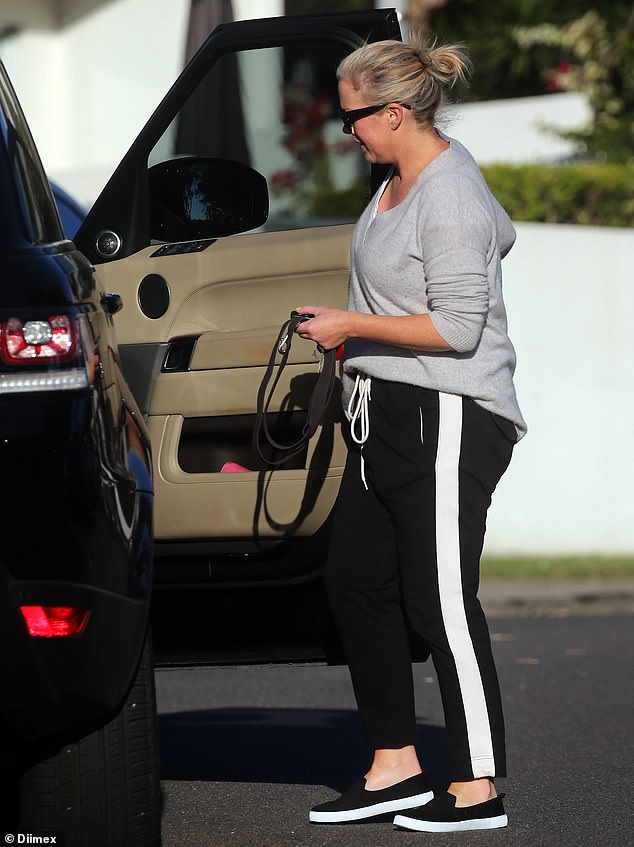 Staggering figure: According to the Sun Herald, the journalist pocketed $500,000 to become the brand’s Australian spokesperson