Meghan Markle’s half-sister Samantha claims she is flying to the UK in a last-ditch attempt to discuss their father’s health.

The former model, 53, is currently in Italy and ‘just one short flight away’ from London.

Ms Markle, who suffers from multiple sclerosis and is restricted to a wheelchair, says she has tried to contact her sister through official lines of communication – but she has been ignored. Kensington Palace have not commented on her claims.

Thomas Markle, 74, told the Mail on Sunday earlier this summer his daughter would ‘be better off if he died’ and she has cut all contact with him.

He was not in Windsor for her May wedding to Prince Harry as he was recovering from heart surgery.

Samantha Markle, Meghan’s half sister is pictured in an airport terminal as she claims she is preparing to fly to the UK to discuss her father Thomas’s health with the Duchess of Sussex 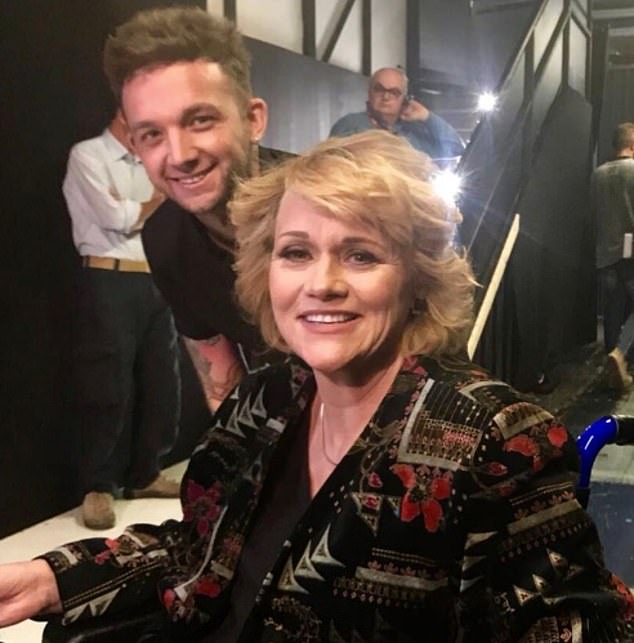 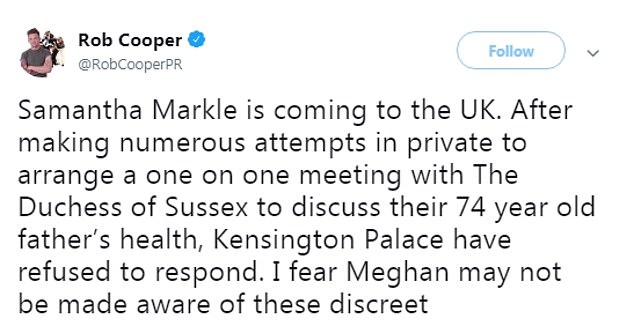 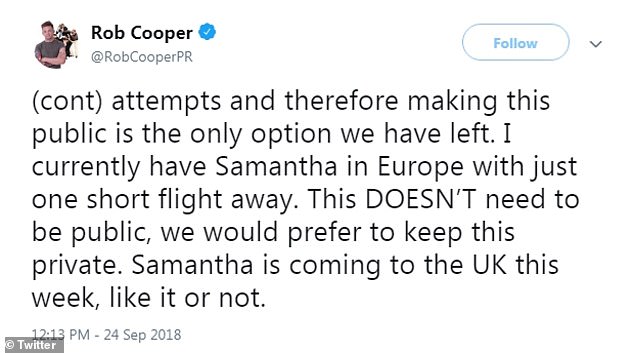 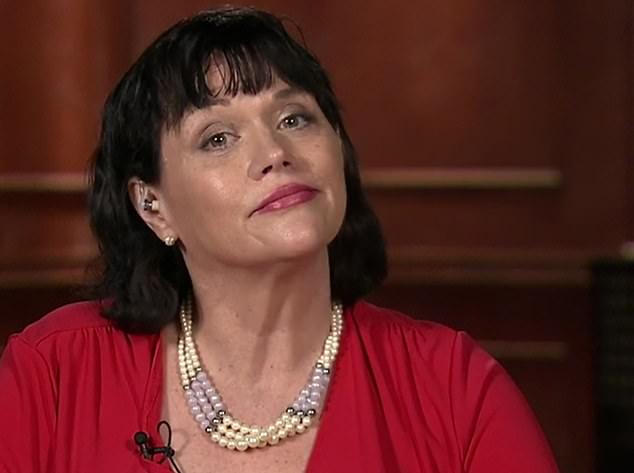 Former model Ms Markle (pictured), 53, is currently in Italy and ‘just one short flight away’ from London

Mr Cooper tweeted today: ‘Samantha Markle is coming to the UK. After making numerous attempts in private to arrange a one on one meeting with The Duchess of Sussex to discuss their 74 year old father’s health, Kensington Palace have refused to respond.

‘I fear Meghan may not be made aware of these discreet (cont) attempts and therefore making this public is the only option we have left.  I currently have Samantha in Europe with just one short flight away. 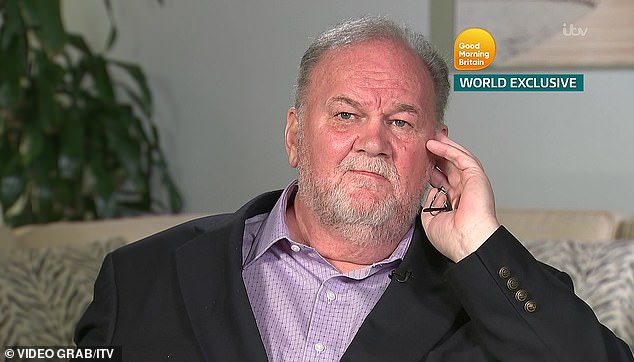 Meghan and Samantha’s father Thomas Markle, 74, had heart surgery earlier this year and was unable to attend the Duke and Duchess’s wedding at Windsor Castle in May

‘This DOESN’T need to be public, we would prefer to keep this private. Samantha is coming to the UK this week, like it or not.’

Ms Markle posted a picture of herself inside an airport terminal today with the words ‘new profile pic’.

It comes just over a week after she went on a furious social media tirade about her sister and her new husband.

Branding the Duchess the ‘duch***’, she slammed Prince Harry on his 34th birthday, saying: ‘Happy Birthday Harry! As you “Mack down” on your birthday cake, think about the birthday wishes you never extended to your FATHER-IN-LAW.’

In a separate post, she fumed: ‘I am not candy coating anything anymore!

‘The DUCHA** should be humane to our father who has given her everything and this media crap can stop!

‘He was the one who was always there for her. Fake waves and smiles can stop. The duchA** can bow to the daddy’.

At one point during her rant Markle proclaimed that the Duchess of Sussex ‘wasn’t much different than Trump’.

‘Sorry folks there is no valid or a good argument in favor of inhumane treatment of both sides of the family and a best friend of 30 years,’ Ms Markle tweeted last week.

‘Snobbery and arrogance are not humanitarian traits. She has an obligation especially to treat our father with kindness.’

‘She is not a nice person. It is all an act. Nice people don’t dump everyone…It’s a habit…actually it is an MO she disowns everyone after they are spent,’ she added.

Ms Markle changed her last name from Grant to the same as her half sister’s when the now Duchess began dating the Prince of Wales.

Today Meghan was seen playing netball with students on an official visit with her husband to the University of Loughborough. 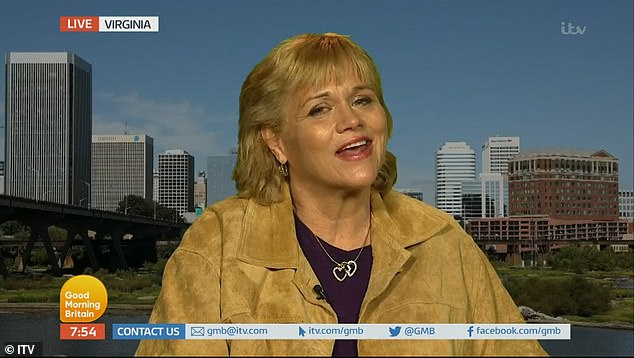 Ms Markle is pictured during a live interview from Virginia, USA with Good Morning Britain