A man charged with the rape and murder of British 15-year-old Scarlett Keeling has been found guilty of her death.

The high court in Goa, India, found one of the two men charged with her murder, Samson D’Souza, guilty of ‘culpable homicide not amounting to murder.’

The other man, Placido Carvalho, was acquitted.

Scarlett’s battered body, which had undergone 50 injuries during her assault, was found partially clothed on Anjuna beach while she was on the ‘holiday of a lifetime’ with her family in February 2008.

D’Souza was found guilty of assault, destruction of evidence and of providing narcotics to Scarlett, according to what the Keelings’ lawyer told the BBC.

Both men were previously acquitted in 2016 but the Central Bureau of Investigation (CBI) appealed the verdict. 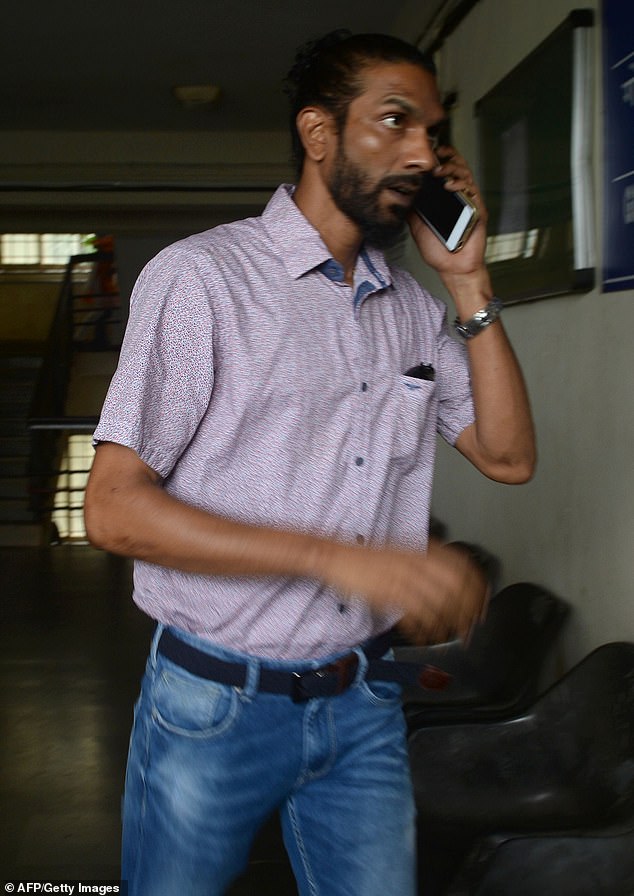 D’Souza (pictured leaving court after he was acquitted in 2016) was found guilty of assault, destruction of evidence and of providing narcotics to Scarlett, according to what the Keelings’ lawyer told the BBC

D’Souza will be sentenced on Friday.

When Scarlett’s body was first found police recorded her death as accidental and it wasn’t until her family campaigned for a second post-mortem that it was revealed she had been drugged and raped before drowning in the sea. 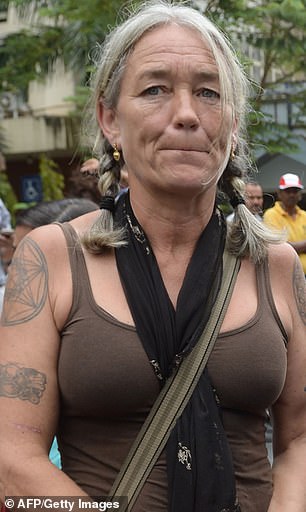 Her mother, Fiona MacKeown, had to campaign for a second post-mortem to be done on her daughter – which revealed she had been drugged and raped

D’Souza and Carvalho denied the charges of rape and murder that had been put against them, and they didn’t go on trial until 2010.

A verdict, finding them both innocent, wasn’t reached until six years later in 2016.

Local outrage prompted the Central Bureau of Investigation to appeal the verdict.

Scarlett’s family were on holiday and had spent two months at a seaside resort in Goa before moving further down the coast to Karnataka.

Her mother, Fiona MacKeown, let her return to Goa for a Valentine’s Day party in the care of family friend Julio Lobo, 25.

Ms MacKeown found her daughter’s knickers, shorts and sandals close to the shoreline when she went in hunt for Scarlett two days later.

Cocaine, ecstasy and LSD were found in her system.

In court the prosecution claimed that the two men had been working at a shack on the beach and had plied her with drugs before raping her.

Ms MacKeown had to wait four years until she could bury her daughter, because persistent delays in the trial wouldn’t allow for her body to be returned home to Bideford in Devon.