Samsung boss apologizes over sicknesses and deaths of some workers

Samsung Electronics has apologised for illnesses and deaths of some of its workers, saying it failed to create a safe working environment at its computer chip and display factories.

The announcement by the South Korean technology giant came weeks after the company and a group representing ailing Samsung workers agreed to accept compensation terms suggested by a mediator and end a highly-publicised standoff that went on for more than a decade.

The company’s apology was part of the settlement. 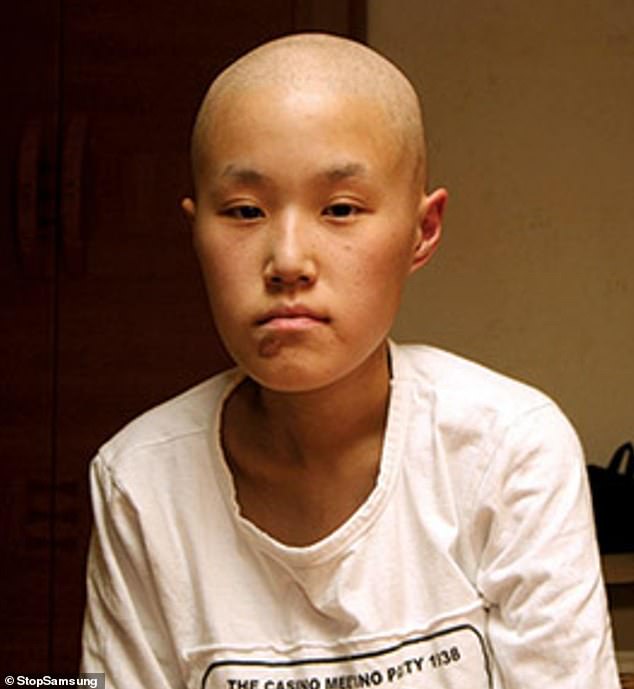 Hwang Yu-mi at home, a few months before her death from leukemia on March 6, 2007

As detailed in Associated Press reporting over the past decade, dozens of employees who worked there have experienced grave illnesses such as leukemia and brain tumors.

‘We offer our sincere apology to our workers who have suffered with illnesses and their families,’ Kim said during a news conference in Seoul, which was also attended by activists and relatives of the workers.

But while cutting a deal and loosely admitting to lapses in safety standards, Samsung has yet to fully acknowledge its workplace environment as the direct cause of the illnesses.

The standoff began in 2007 when taxi driver Hwang Sang-gi refused to accept a settlement after his 23-year-old daughter died of leukemia after working at a Samsung factory. 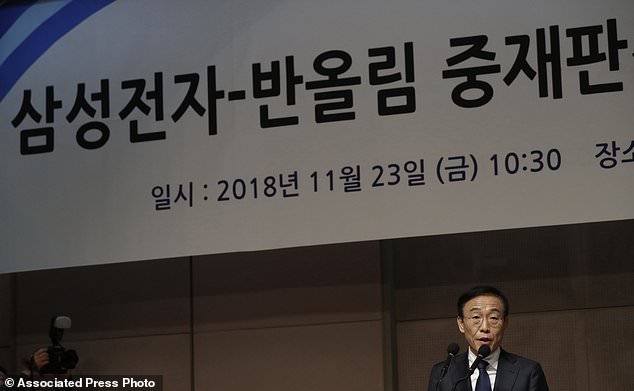 Hwang’s efforts to clarify the cause of Yu-mi’s death and hold Samsung responsible for problems related to working conditions galvanized a broader movement to hold businesses and the government accountable for safety lapses in the chip and display industries, which use huge amounts of chemicals.

‘No apology would be enough when considering the deception and humiliation we experienced (from Samsung) over the past 11 years, the pain of suffering from occupational diseases, the pain of losing loved ones,’ Hwang said at the news conference.

‘But I take today’s apology as a promise from Samsung Electronics,’ to improve the safety of its workplaces, he added. 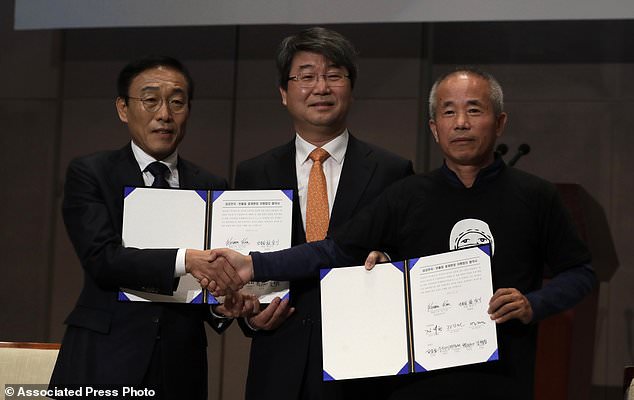 According to the settlement, Samsung will compensate for various illnesses of employees who have worked at its chip and LCD factories since 1984, including as much as 150 million won ($132,000) for leukemia.

The compensation also covers miscarriages and congenital illnesses of the workers’ children such as child cancer.

Since 2008, dozens of workers have sought occupational safety compensation from the government.

Few won compensation, mostly after years of court battles. Half the remaining claims were rejected and half remain under review.

Families of the victims often have depleted their savings and sold their homes to pay hospital bills. Some workers end up incapacitated and unable to work. 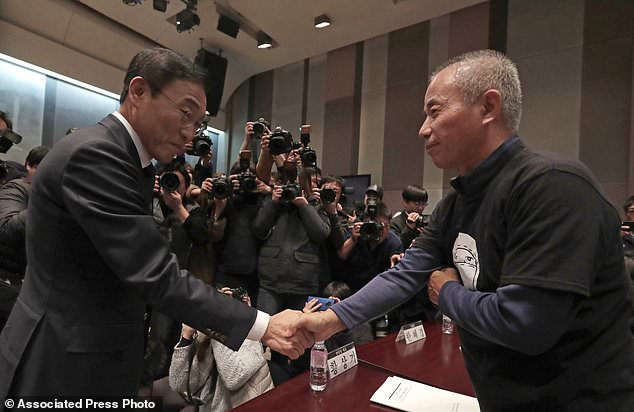