The devastated father of three of four children killed by a drunken speeding driver says ‘you have ripped my heart out and ran over it in your car’.

‘You ran my children over like a lawnmower would cut grass,’ Danny Abdallah said in his victim impact statement read out at the killer’s sentence hearing on Friday.

But while he blamed Samuel William Davidson, he also blamed the culture which says consuming excessive drugs and alcohol was good.

Danny Abdallah (centre) leaves Parramatta District Court on March 19, 2021 during the sentence for Samuel William Davidson, who has pleaded guilty to killing four children in Oatlands 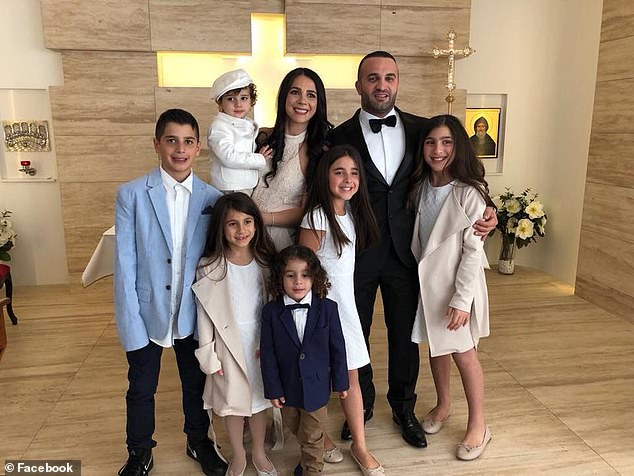 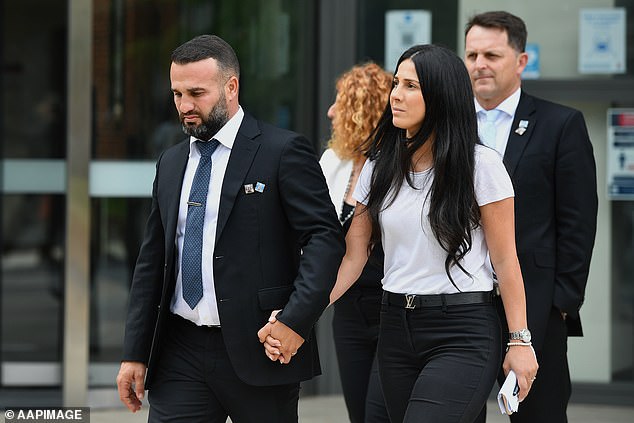 ‘This culture needs to stop, because of this culture I buried half of my children.’

Mr Abdallah told Davidson he ‘jumped in the car like an arrogance I’ve never seen before’, according to The Daily Telegraph.

‘While you were destroying your life with drugs and alcohol I was building a life for my children,’ he said.

‘While you were out partying destroying your life, I was sowing into my life good seeds that future generations would reap.’

‘Whatever sentence you get, it will never be enough for the loss we have had.’

The 30-year-old killed four children and injured three others when his ute mounted the kerb at Oatlands, in Sydney’s northwest, on February 1 last year.

They were on the footpath walking to a supermarket to buy ice-creams.

Davidson, a professional truck driver, pleaded guilty in the District Court to the manslaughter of Veronique Sakr, 11, and her cousins, Sienna Abdallah, 8, and her siblings Angelina, 12, and Antony, 13.

He has also pleaded guilty to three charges relating to the injuries caused to the other children, including a boy who has suffered permanent brain damage. 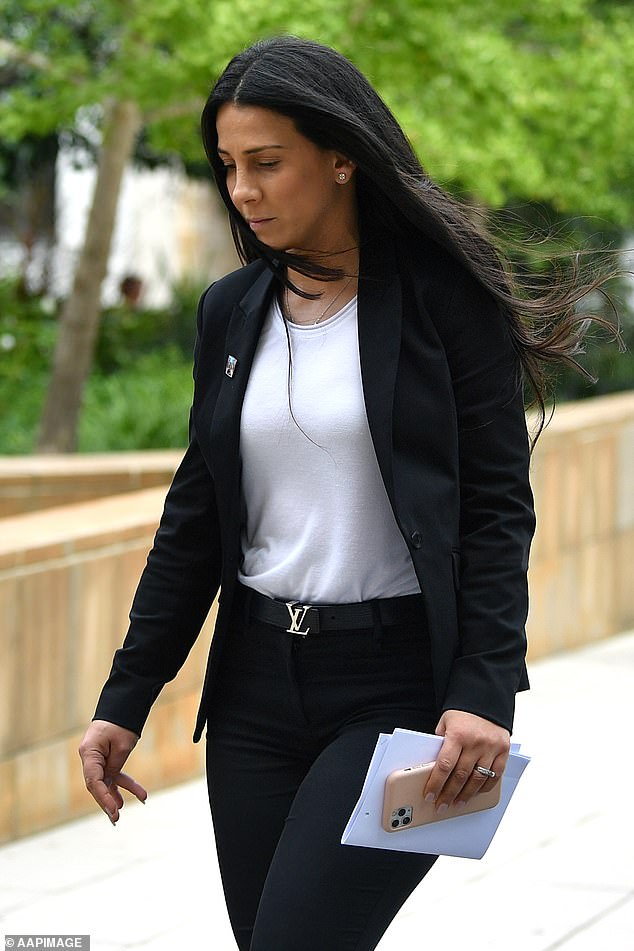 Leila Abdallah returns to Parramatta District Court on March 19, 2021 during the sentence for Samuel William Davidson

On February 1, Davidson had been sitting poolside with his housemates drinking Vodka Cruisers, beers and rum and Coke, having his first drink about 7am, and also consumed drugs.

He later drove erratically, swerving across the road and went through a roundabout on the wrong side before losing control of the speeding vehicle.

A report later found he was travelling up to 133km/h in a 50km/h zone and was moving about 111km/h at the time of impact.

After the crash, Davidson appeared distressed and was heard saying: ‘What have I done? … I have killed people … I am going to jail.’ 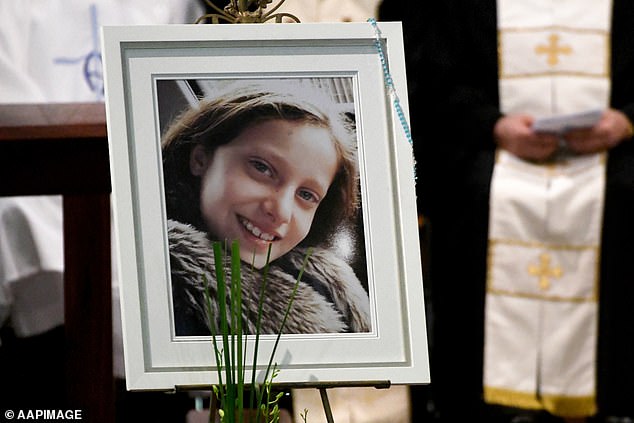 Photograph of Veronique Sakr, 11, is seen during her funeral at the Santa Sabina College Chapel in Sydney February 11, 2020

Leila Abdallah said her grief over the deaths of her three children and their cousin felt like her ‘heart had been pierced with a sword’.

‘I am no longer the same person. My family has been torn apart. My heart is broken but I’m not going to fall because I have the holy spirit carrying me through.’

She went from getting her kids ready for school to preparing them for their funerals. 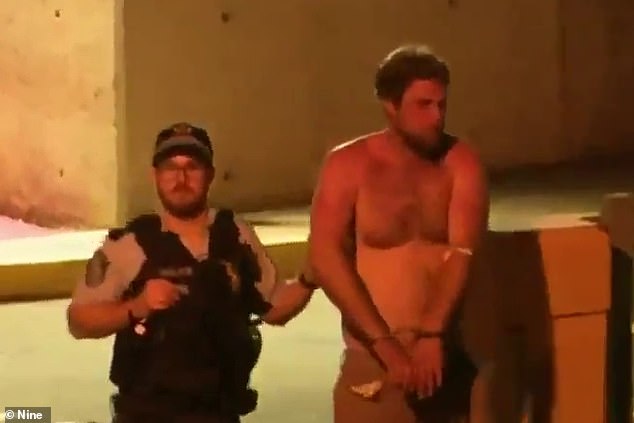 Davidson killed four children and injured three others when his ute mounted the kerb at Oatlands, in Sydney’s northwest, on February 1 last year 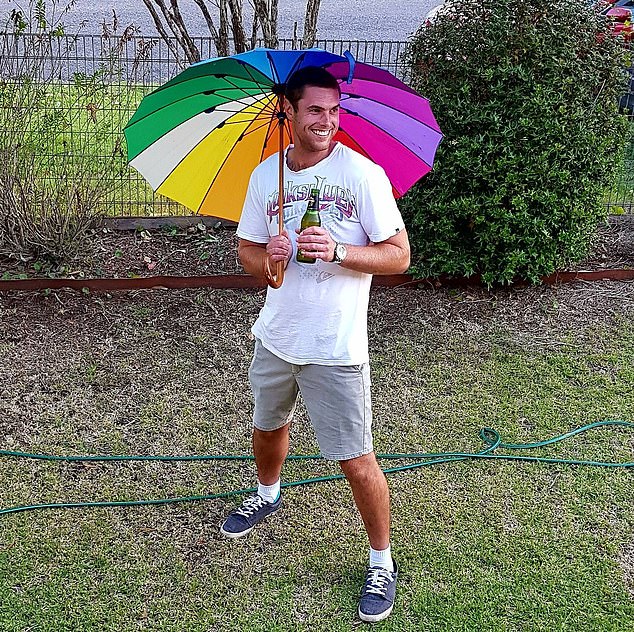 A report later found Davidson (pictured) was travelling up to 133km/h in a 50km/h zone and was moving about 111km/h at the time of impact.

‘They didn’t deserve to die on the roadway,’ she said.

‘Even in a horror movie they can’t make one car hit seven kids.’

She, her husband and the parents of Veronique have said they have forgiven Davidson, referring to their Christian faith and their hope he will find God and repent.

‘You made the wrong choices and turned our life upside down. How could one car hit seven kids? You’ve killed us all,’ she said.

Bob Sakr said the only time a father should walk down the church aisle with his ‘princess’ is at her wedding.

‘Instead I carried her down the aisle in a coffin for her funeral,’ he said.

Mr Sakr said Veronique’s only sibling was devastated by her death.

Bridget Sakr said the horror of her daughter’s death ‘will be etched in my mind, my body and my soul for as long as I live’. 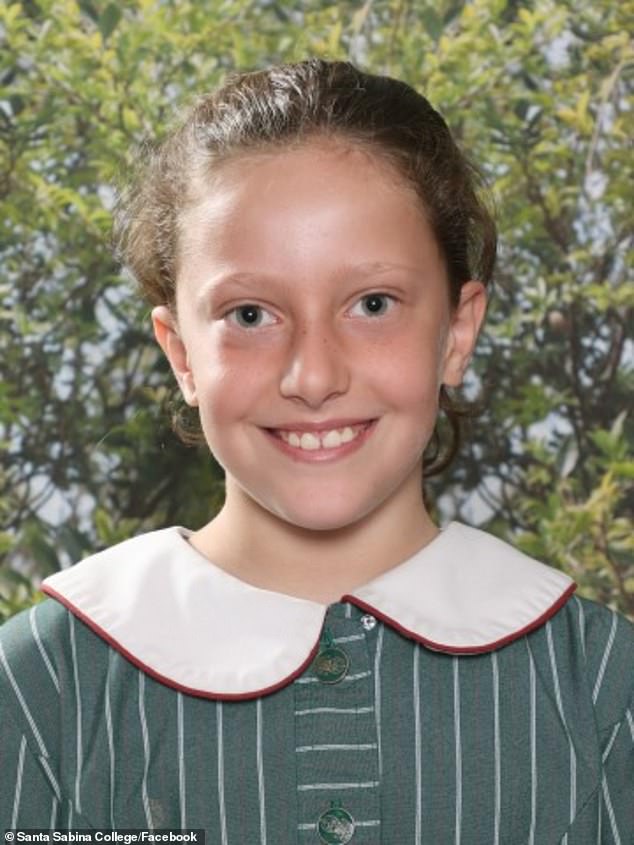 ‘Just like that, in an instant, she was gone, the future stolen from under our noses,’ she said.

Davidson’s barrister said his client had no criminal history, although he had speeding offences, and had not been compliant with his medication for attention deficit disorder.

He read out Davidson’s letter of apology which said he hated what he had put the families through and prayed for them every day. 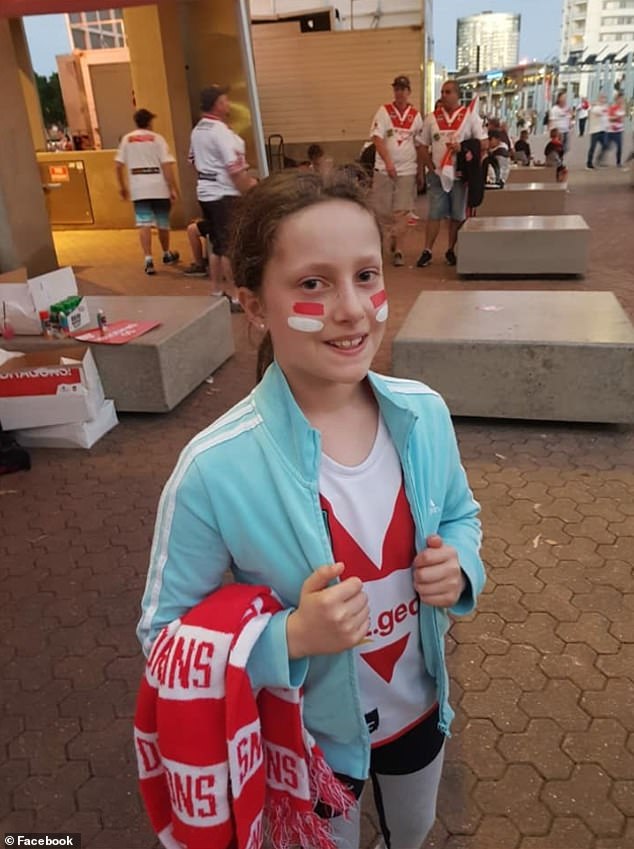 Veronique Sakr was hit and killed together with three of her cousins by an alleged drunk driver in Oatlands, in Sydney’s west 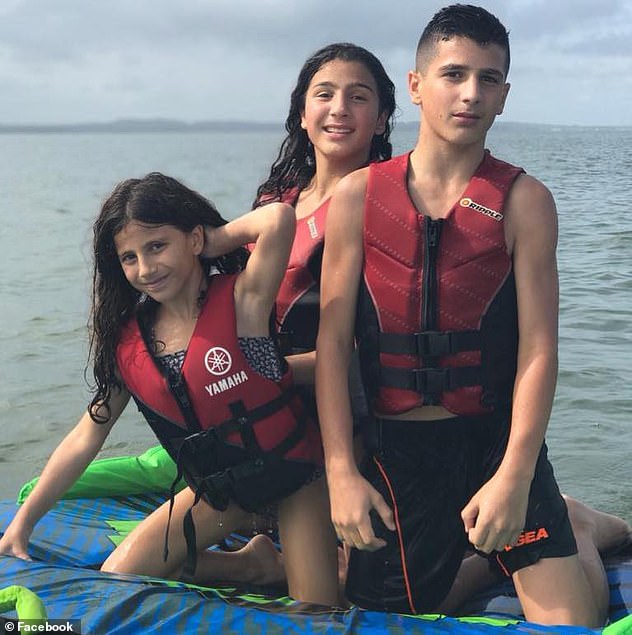 Davidson has pleaded guilty to the manslaughter of Veronique and Sienna Abdallah, 8, and her siblings Angelina, 12, and Antony, 13 (Abdullah siblings pictured)

‘I wake up sad every day knowing I am responsible for this and it really doesn’t get much worse than this.’

Prosecutor Frank Veltro SC described Davidson’s moral culpability as ‘extreme’, saying there was an absolute and complete abandonment of responsibility on his part, causing a significant risk of death to those in his vicinity.

Judge James Bennett, who noted the deep faith and commendable forgiveness shown by the families, will sentence him on April 9.