A dramatic standoff between San Francisco police officers and an accused murderer where the police fired 65 shots at his RV has been seen on bodycam footage.

The shootout happened on February 17 after suspect Joel Armstrong allegedly killed another man nearby.

Armstrong fled to an RV in the city’s famous Panhandle park. Police followed him there.

The seven officers first surrounded the RV and yelled for him to come out but he refused.

They then heard him fire two shots inside the trailer. That is when they began firing their own guns.

Miraculously, no one was hurt.

It is not clear how long later Armstrong emerged from the RV. When he did, he was immediately arrested.

The police report, which had been sealed, was released on Thursday night.  It revealed details of the standoff.

Armstrong was charged with murder, several counts of attempted murder and carjacking.

He is being held in custody. Police have not yet released his mugshot. 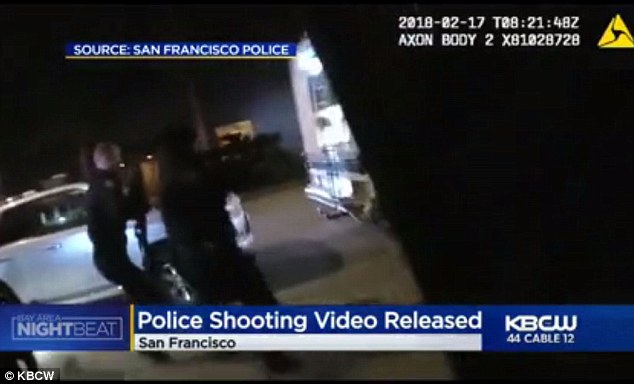 Bodycam footage that the officers filmed captured the gunfire. It was released on Wednesday. It followed them as they surrounded the RV and then threw themselves on the ground. Armstrong’s booking photograph has not been released