‘I’ll tell the SUN to go easy on me next time’: Sarah Hyland fires back at online troll who accused the actress of modeling a bad ‘spray tan’ on the SAG Awards red carpet

Sarah Hyland was dragged online after she appeared during the Screen Actors Guild Awards with what looked to be a spray tan, but the Modern Family star was quick to shut down any critics.

The actress looked tanner than usual in the dress, which was sleeveless and showed off her toned legs. And a few commenters thought Hyland received a spray tan before the event. 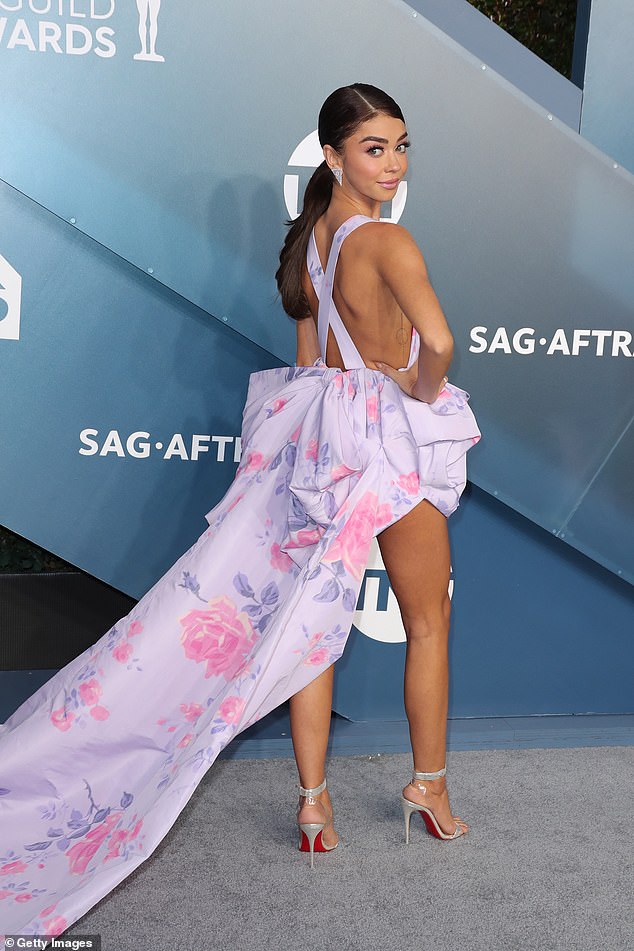 Criticism: One commenter accused the star of getting a bad spray tan for the event

Clapping back: Hyland responded reminding the follower she got her tan from the sun

‘If my legs got cold I had an extra built in blanket,’ Hyland captioned pictures on Instagram from the red carpet. ‘Thanks to the village that put all of this together I felt like a goddess last night.’

Most of the comments were positive about the actress, except a few commenting on her skin color.

‘The spray tan is way too much,’ one critic wrote.

Hyland, who just went on vacation in Mexico, was quick to respond to the critic and shut down their comment about her skin tone.

‘I’ll tell the actual sun to go easy on me the next time I see it,’ she wrote in response.

Supporters praised the star for standing up for herself against the critique.

Other comments on her post included supportive messages from Hyland’s friend and fellow actress Vanessa Hudgens as well as her fiance, Wells Adams. 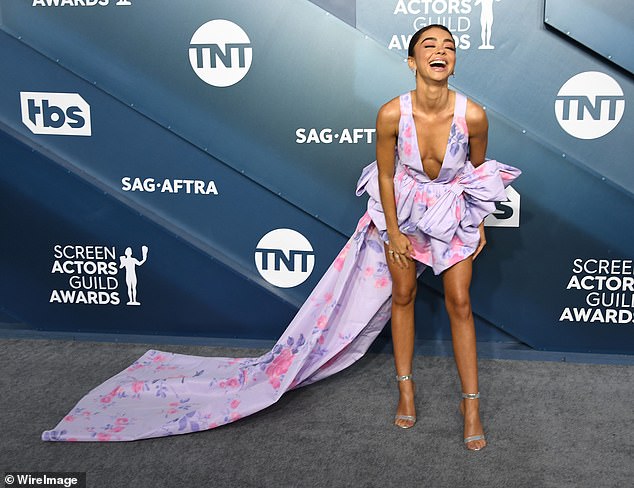 Unbothered: The star modeled a tan on the red carpet Sunday because she recently returned from a trip to Mexico

Supportive: Other comments on her post included supportive messages from Hyland’s friend and fellow actress Vanessa Hudgens as well as her fiance, Wells Adams 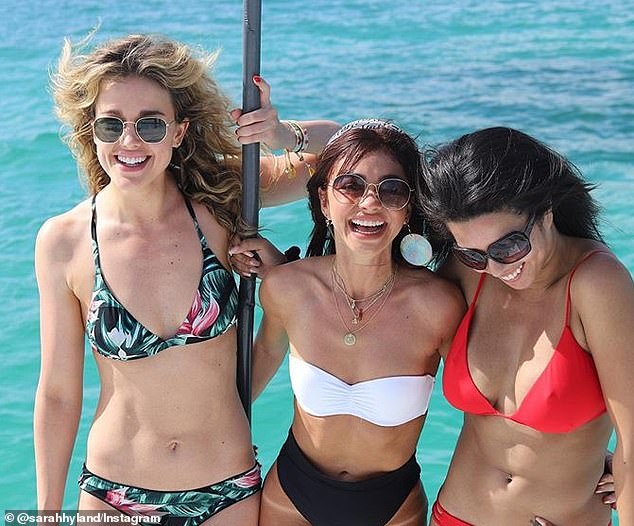 Having fun: Hyland was in Mexico from the end of December into January with friends, helping get her a natural tan 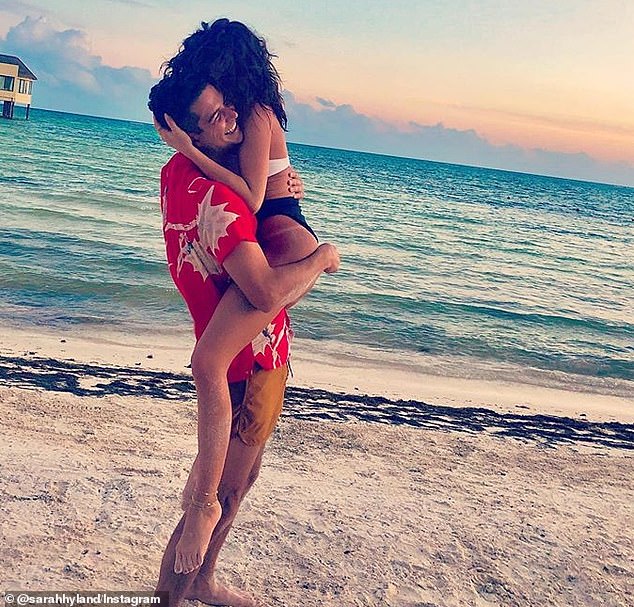 Love: Also on the trip to Mexico was Hyland’s fiance, Wells Adams

‘Just. Every. Thing,’ Hudgens wrote with a series of emojis to express how much she loved Hyland’s look.

Wells, on the other hand, wrote ‘Dear Lord’ while including multiple drooling face emojis.

The actress took time off from filming Modern Family at the end of December into the beginning of January to travel to Mexico with friends and her fiance.

During the vacation, she got some color while sitting out in the sun. This color, Hyland said, led her to looking tanner than usual when appearing on the red carpet this past weekend.

Hyland has faced criticism previously for her body image. Last year, Hyland rocked her natural curls multiple times when stepping out. One person accused the star of getting a perm.

But Sarah appeared unamused by the tweet and responded, ‘I’d like to say this once. IT’S NOT A PERM. IT’S JUST MY HAIR.’

Commenters have also targeted Hyland for her body image, both accusing her of gaining weight and stating she is too thin. But the woman always takes these moments in stride and is unafraid to respond back.