Sarah Jayne Dunn took a swipe at Hollyoaks bosses as she demonstrated the identical nature of her approved lads’ mags shoot and banned OnlyFans content.

The actress, 40, was sacked by the Channel 4 soap after she launched her own profile on the subscription site, despite receiving approval for all her racy shoots in print.

Highlighting the hypocrisy, Sarah Jayne shared side by side images of the ‘almost identical’ images she has been creating by herself, noting the only difference is that she now has control.

Spot the difference: Sarah Jayne Dunn took a swipe at Hollyoaks bosses on Wednesday as she compared her OnlyFans content (bottom) to racy lads’ mags shoots (top) that were approved by show bosses

In the top image, the actress posed for a magazine shoot in red lingerie and heels, flashing a glimpse of her peachy derriere, while in the bottom OnlyFans shot she also put her curves on display, this time in a black G-string.

‘The first photo: Arranged by someone else for a National publication, style of shoot decided by someone else, any editing/photoshop done without my approval, copyright of image (of me) owned by someone else, exclusive interview as agreement of shoot, no financial benefit to myself (but usually a payment is made in this type of agreement). The control, power and decisions in someone else’s hands.

‘The second photo: Taken by me for my OnlyFans platform, choice of image decided by me, zero editing or photoshop, copyright of image owned by me, despite no interview necessary for this particular shot when I do interviews now it’s because I want to, financial gains controlled by me and go to me. The control, power and decisions made by me. 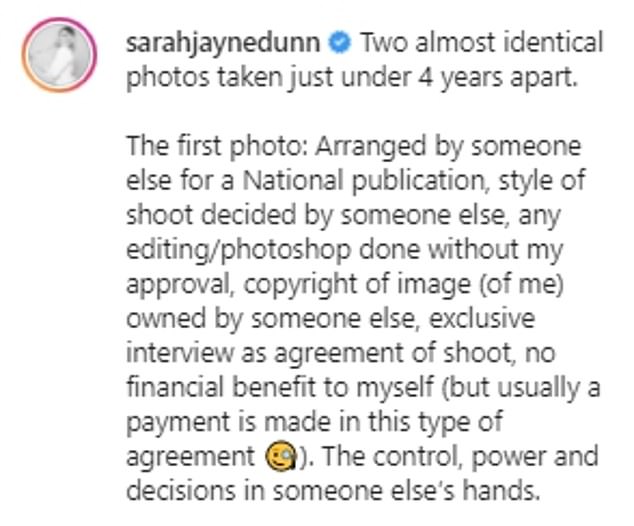 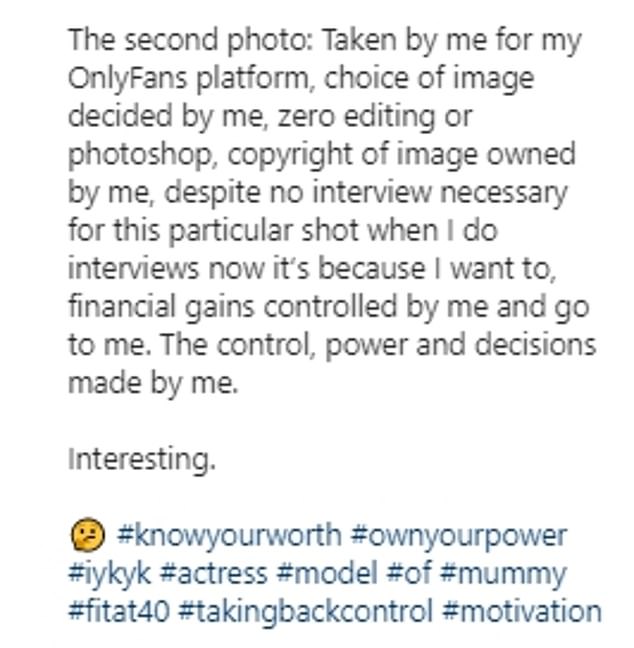 Speaking out: Highlighting the hypocrisy, Sarah Jayne shared side by side images of the ‘almost identical’ images she has been creating by herself

The post comes after Sarah Jayne, who played Mandy Richardson on Hollyoaks, allegedly turned down the opportunity to return to the Channel 4 soap after she was sacked over her OnlyFans account.

According to reports, she has turned her back on the show, despite bosses leaving the door open for her by not killing off her character of 25 years.

Speaking to The Sun, a source said the former soap star has no desire to make a comeback, after walking away from the show after being given an ultimatum over the X-rated site.

They said: ‘Now Sarah has had some breathing space following the row she has decided she definitely doesn’t want to go back.

‘Her OnlyFans account is massive and she is in the top one percent of worldwide creators on the platform. Sarah’s fans are loving it and so is she.

‘The door is closed as far as she is concerned and she will not be going back.’

Sarah explained her decision to join the 18+ site as: ‘I’m simply moving my racier images to another platform.

‘This is a decision I’ve thought long and hard about. This is about taking control of your own images, your own choices and what you want to do with your body.’ 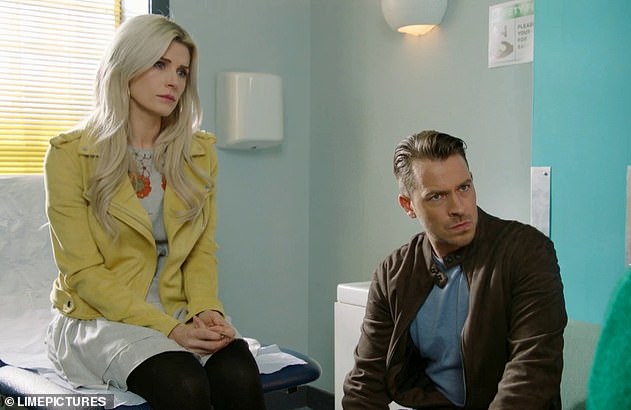 Decisive: According to reports Sarah Jayne has turned her back on Hollyoaks, despite bosses leaving the door open for her by not killing off her character of 25 years (pictured with co-star Ashley Taylor Dawson)